A college student has handed in his graduation artwork and it is beautiful and meaningful. 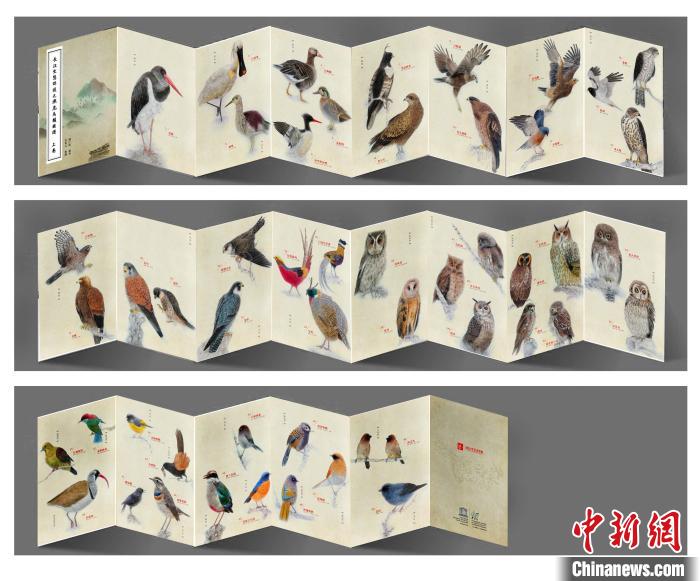 A view of the Illustrations of Endangered Birds for Ecological Conservation of Yangtze River (Volume 1) (Photos provided to Chinanews.com)

Wang began researching the birds in documents, books and pictures around October 2020. He also visited the river basin and zoos to observe and sketch.

For more than seven months, Wang devoted at least eight or nine hours a day to perfect his techniques.

Each bird involved a series of steps that typically took more than 30 hours to complete: sketching, finalizing, coloring, detail depiction, overall adjustment and other steps.

In Wang’s view, coloring was the most complicated step: nine or 10 times to get a feather’s color just right.

The black stork was the most difficult as its feathers have a metallic sheen. He had to revise it three times.

Wang continues to paint daily and plans to draw another 50 endangered birds living in the Yangtze River basin by the end of the year. He will combine the two sets into a complete Yangtze River ecological atlas.

There are few books specifically about endangered birds along the Yangtze River.

Wang's artwork has been noticed by publishers and discussions are underway, said He Guangqing, director of the department of art fundamentals and theories at the university’s art college.