Can you tell the difference between the two subspecies of giant panda? 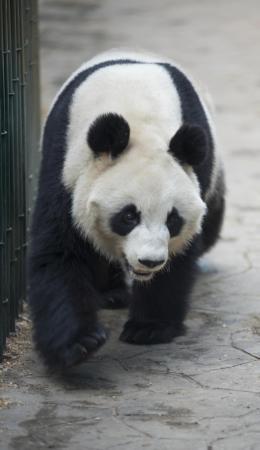 The photogenic animals are divided into Sichuan and Qinling subspecies.

The Qinling giant panda, which exists in Shaanxi and Gansu provinces, has a round head and short mouth, which makes it look like a cat.

The Sichuan giant panda, which lives in Sichuan province, is more bearlike and has a bigger and more oval head, according to a new study.

The study showed the subspecies' divergence and the evolutionary characteristics. It was conducted by Zhejiang University, the BGI Life Science Research Institution and the China Conservation and Research Center for the Giant Panda.

It listed the genomes of both subspecies－including the first report on the genome of the Qinling subspecies.

The two subspecies evolved around 10,000 to 12,000 years ago, leading to the current subspecies distribution and geographic layout.

The Qinling subspecies never migrated across the Yellow River Basin, and so it has been without major changes in genetic variation over the past 10,000 years. The Sichuan subspecies is better adapted to survive in the wild due to its history of large genetic variation.

The study, published in the Chinese Science Bulletin, also revealed the genetic mechanisms of size reduction of inner organs and the low reproduction rate of the giant panda. The bulletin is an academic journal supervised by the Chinese Academy of Sciences.

The panda, which was once a meat-eater, later turned to a bamboo diet. In response to the huge changes in its eating habits, it evolved relatively small internal organs to slow down its metabolism.

Since bamboo's nutritional quality is limited, pandas need to constantly consume bamboo to obtain enough nutrients, usually spending more than 14 hours a day eating, according to Fang Shengguo, a professor at Zhejiang University's College of Life Sciences. Fang, who has been studying pandas for nearly 30 years, is also one of the study's co-authors.

The key factors affecting the long-term survival of a species are its ability to reproduce and develop immunity against disease. 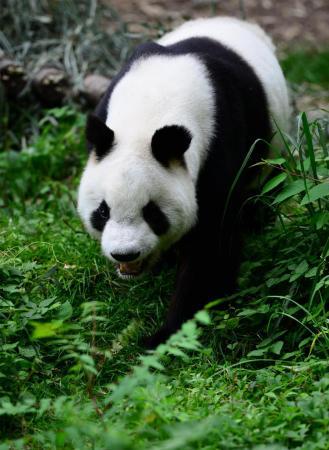 A giant panda of the Qinling subspecies. (Photo: China Daily)

Changes in giant panda genes mainly related to its reproductive system may be responsible for its reduced fertility, according to the study.

The fertility of the Sichuan subspecies is higher than that of Qinling subspecies, said Fang, who added that accurate genetic management is important in artificial breeding and in conservation and breeding in the wild to facilitate the giant panda's reproduction.

Fang suggested that gene exchanges between fragmented small populations of pandas within the same subspecies should be sped up, which could help reduce inbreeding and genetic decline. "The habitat of the Qinling subspecies has become fragmented due to human activities," said Fang, who said that giant panda habitats within the Qinling Mountains in Shaanxi province should be restored in order to speed up communication between small populations.

"Unless the species is in imminent danger, interbreeding between the two subspecies should be avoided as much as possible. Otherwise the fertility of the offspring may be reduced, which would be very bad for the Sichuan subspecies population," said Fang.

The ultimate goal of protecting endangered animals is to help them adapt so they can survive in the wild. Species can go into decline from a loss of genetic diversity due to disturbance of the wild population caused by humans, Fang said.