CULTURE Study: Neanderthal man knew how to make a fire

Study: Neanderthal man knew how to make a fire 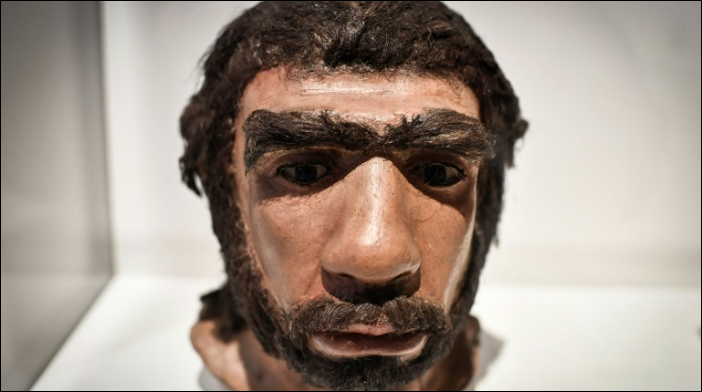 Neanderthal man knew how to make a fire by striking stone to create sparks, researchers said Thursday after analyzing several tools found at sites in France dating from 50,000 years ago.

It was already known that Neanderthals used fire but it was mostly thought to have occurred by natural causes such as lightning or volcanic eruptions, although perhaps they did know techniques for creating a flame.

The latter is what scientists of a study published in Scientific Reports have claimed.

"We present here the first direct artefactual evidence for regular, systematic fire production by Neanderthals," they wrote in the study.

"We found the lighters that Neanderthal man used to make a fire," Marie Soressi, professor of prehistory at Leiden University in the Netherlands and co-author of the study, told AFP.

The researchers found dozens of flint with traces on the two faces of the prehistoric stone tool, or biface. They appear to indicate that the tool could have been used to strike at a ferrous mineral such as pyrite or marcasite.

Piercing the pyrite would produce sparks which Neanthal man could make fall on dry grass or leaves and blow on them to get a fire going.

Andrew Sorensen, also from Leiden University and the lead author of the study, says the scientists know the traces on the stone tools were not natural, but instead made by these primitive men living in Europe in late Palaeolithic times.

"The traces we see occur in discrete zones, with the striations almost always oriented parallel to the long axis of the tool. If the scratches were natural, we would expect them to occur all over the surface of the biface and to be oriented randomly," he told AFP in an email.

Under a microscope, the researchers also found striations that appeared to show the tool had a specific usage.

They also tried using the biface for different tasks, and it was while the flint was hitting the pyrite that the marks it caused most closely resembled those found on the Neanderthal's biface.

A fire making skill would have had a major impact on the Neanderthals' way of life.

"If they could make their own fire, then they could produce it when and where they needed it and not have to worry about collecting lots of extra fuel to keep the fire going," said Sorensen.

He added that it would have been especially important "during colder periods when France was covered by steppe and tundra and wood fuel sources were drastically reduced."

Sorensen also said he wouldn't be surprised to one day find bifaces even more ancient which were used to make fire.

But when asked if the study was definitive proof Neandertals could start a fire with tools, he said it could still be debated.

"Within the field of microwear (or use wear) analysis, nothing is ‘definitive.’ We provide ‘interpretations.’ I am sure the debate will continue," Sorensen said.