Study of Leonardo's 1st landscape finds he had 2nd thoughts 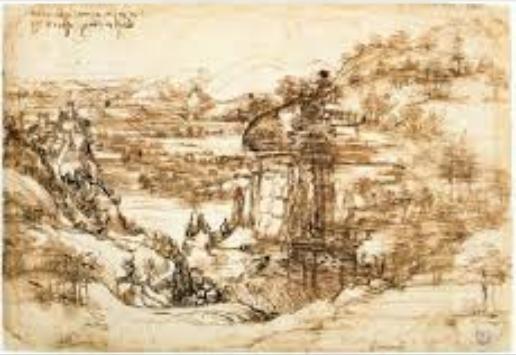 The first-ever scientific study of a drawing Leonardo da Vinci did in his youth shows he added details to an earlier sketch.

The Uffizi Galleries said the 1473 "Landscape Drawing for Santa Maria della Neve" was taken on Thursday to a Florence restoration laboratory for study.

Uffizi director Eike Schmidt said initial microscopic examination shows Leonardo worked on the drawing in two distinct phases, making it less likely it was a sketch of an actual place in his native Tuscany, as some have hypothesized, and that he used his imagination to later add details.

The Uffizi only occasionally displays the work, Leonardo's earliest known drawing, because it's fragile. But on April 15 it will go on display for five weeks in the town of Vinci as Italy marks the 500th anniversary of Leonardo’s death.