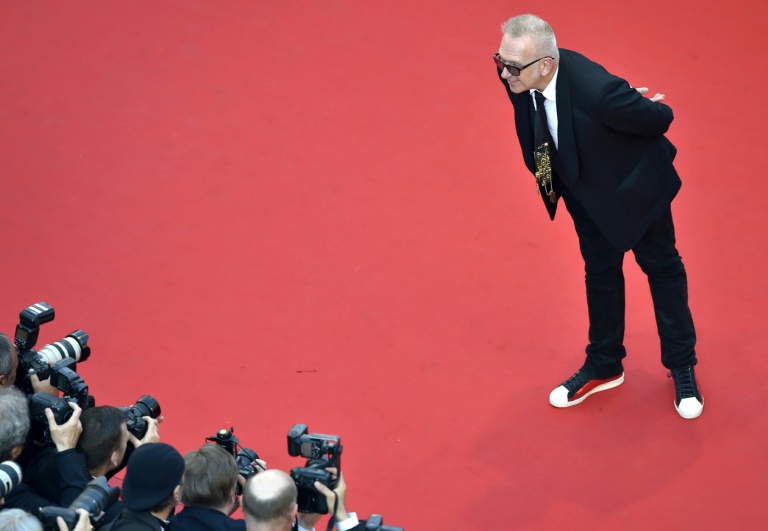 Au revoir darlings: French designer Jean-Paul Gaultier is hanging up his scissors after 50 years in the business. (Photo: AFP)

Legendary French designer Jean-Paul Gaultier will retire from fashion after a typically spectacular show in Paris on Wednesday.

The maverick creator stunned fans on Friday by announcing that the haute couture show in a theatre in the French capital would be his last.

The provocateur who changed pop history by putting Madonna in a conical bra and who invented -- and loved sporting -- the "man skirt", said he was hanging up his scissors after 50 years in the business.

Given that Gaultier is taking his final bow at the Theatre du Chatelet, rumours are rife that the 67-year-old showman may throw himself into showbiz.

His "Fashion Freak Show", a cheeky cabaret revue based on his life has been a popular and critical hit.

With its catchphrase "Tout le monde est beau!" ("Everybody looks so good!"), it was a feelgood smash when he premiered it at the Folies Bergere in Paris in 2018.

"For years now Jean Paul-Gaultier has been saying, 'I am going to have to make a decision (about the future)'," fashion historian Olivier Saillard told AFP.

"I think the success of the show has shown him a way," he added.

"It has been wonderful for him to see the public laughing and crying with him," the historian said.

"It is so much more joyful than a fashion show, which lasts 11 minutes and where people are always on their phones taking photos."

The impish creator had previously carved out a cult following as a presenter of the late-night 1990s television show "Eurotrash".

But Gaultier cultivated an air of mystery about his future as he made his bombshell retirement announcement, teasing journalists with a typically jokey video message which he recorded while reclining on a chaise longue.

"I have a new concept. I will tell you about it later, all the little secrets. To be continued! Kisses!" he said.

His brand told AFP that his perfume brand and high-end haute couture business, Gaultier Paris, would live on.

Gaultier stopped designing ready-to-wear clothes in 2015 to concentrate on haute couture -- extravagant handmade clothes which only the world's richest women can afford.

The designer said his farewell show will finish with a huge party -- "Everybody will be there!" -- that will "go on very, very late".

French cinema and television stars as well as fashion royalty are expected to pack into the theatre in central Paris.

With Gaultier's love of punk and the burlesque, his pals Dita Von Teese and Spanish actress Rossy de Palma are not likely to miss the occasion.

Even in normal times, his haute couture shows are a spectacle.

From the start he challenged gender stereotypes and conventional ideas of beauty, once placing an advert for "atypical" models.

"The facially disfigured should not refrain from applying," he added.

Gaultier embraced the ideas of body positiveness and gender fluidity long before they became fashionable.

American singer Beth Ditto and the bearded Austrian drag queen Conchita Wurst were among the atypical models whom he charmed onto the catwalk.

Saillard said the couturier had mentored many top designers over the years and "he is like a spiritual father to them".

"He feels that fashion has changed terribly," Salliard said.

Nor was it a secret that Gaultier was unhappy with the Catalan luxury conglomerate Puig, who bought his brand in 2011.

"He has been designing for 50 years now, which is not nothing," said Saillard. "He will be back, but in a different way."