Ivan Rakitic scored the decisive penalty after Subasic had used his feet to stop an attempt from Nicolai Jorgensen.

Croatia captain Luka Modric, who also scored in the shootout, had a chance to put his team ahead late in injury time but his penalty was saved by Denmark goalkeeper Kasper Schmeichel.

Croatia will next face host Russia in the quarterfinals on Saturday in Sochi.

Denmark took the lead in the first minute when defender Mathias Jorgensen scrambled in a shot that went in off Subasic’s left hand and then the left post. It was Denmark’s fastest ever World Cup goal.

Croatia equalized in the fourth minute with another untidy goal at Nizhny Novgorod Stadium. Henrik Dalsgaard’s clearance hit a teammate and fell for Croatia forward Mario Mandzukic to hook the ball in.

The teams stayed even for the next 116 minutes, including the 30 minutes of extra time. 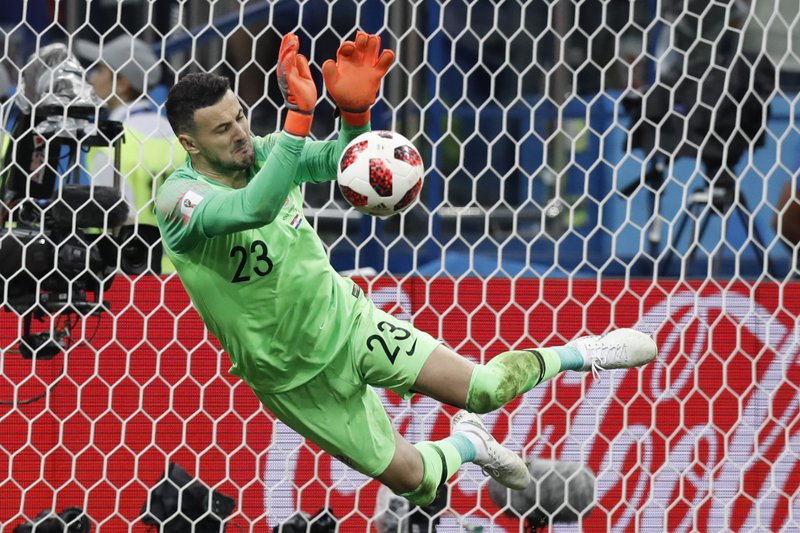