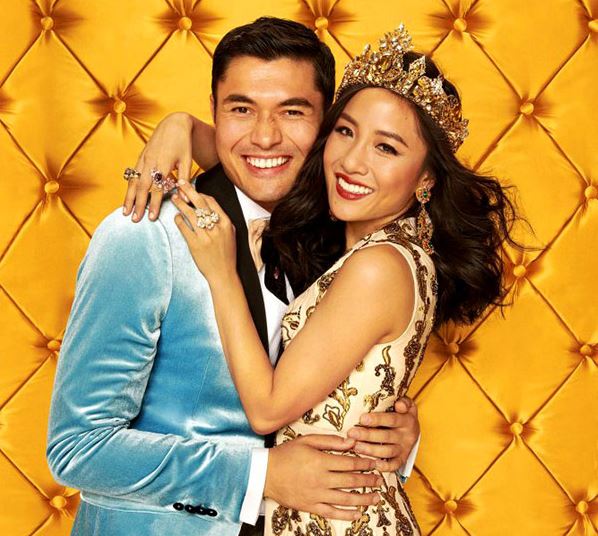 The success of Hollywood films with Chinese elements at North American box office in 2018 has attracted interest from critics and Hollywood insiders, triggering enthusiastic discussions about cooperation between Chinese and American film industries.

The shark-themed thriller, The Meg, and the racial diversity triumph, Crazy Rich Asians, are among the most successful films incorporating China-related elements, gaining mainstream appeal in North America.

The Meg, a Chinese-American co-production, released by Gravity Pictures in China and by Warner Bros. Pictures in the United States, grossed more than $530 million in the global box office against a production budget of around 150 million dollars.

"Chinese co-productions have been among the most successful films of 2018. Titles like Crazy Rich Asians and The Meg reflected a true understanding of what global audiences are looking for when they go to the multiplex," said US movie analyst Paul Dergarabedian at Comscore.

Dergarabedian pointed out that Crazy Rich Asians became a comedy sensation in North America and drew audiences of all backgrounds who were attracted by its universal themes and relatable situations while The Meg featured an irresistible concept embraced by audiences on a global scale and also featured notable Chinese talent.

"Films like The Meg and Crazy Rich Asians are great models for how to perfectly combine the best of US and China-based talent to create appealing filmed content for global consumption. In the future, we will likely see more such productions and perhaps there will be more China-based productions that reflect the taste and culture and Chinese point of view that could be produced in a way that will enable them to cross over in a more profound way to audiences outside of their country of origin," he told Xinhua.

"The growth and importance of the Chinese movie market has been incredibly impressive, with a growth rate that has been sparked over the years by the building of state-of-the-art cinemas that inspired enthusiasm by audiences who flocked to a multi-faceted slate of home grown and US-based productions. Its yearly revenue has come close to rivalling that of North America and is the second biggest movie market in the world," he noted.

The follow-up of Crazy Rich Asians is reportedly in the development stages. The team behind the film is planning to reunite for the sequel, based on Kwan's second book, China Rich Girlfriend. Producers said the new film is targeting a shoot in Shanghai, and possibly as a co-production.

"There have been many earlier attempted co-productions where the story didn't really work for both audiences, and so it felt forced and strange. As the two film industries have worked together more though, they've found ways to make the Hollywood and China elements live together naturally, so then the story feels believable and strong, and movie audiences respond," said Elizabeth Dell, head of the China Task Force of the Producers Guild of America, adding that audiences love new stories and new worlds to explore, but they have to feel authentic.

She noted that the progress of China's film industry over the last ten years has been remarkable. "I think there is still more progress to make, especially in the areas of strengthening skills and understanding of story and of producing, but the Chinese film industry continues to impress me with the quality and breadth of the work," She told Xinhua.

"Successful cooperation and co-production needs to look to stories and creators that work between the two industries and so naturally know how to collaborate in a seamless way," said Dell.

"Experience is key. It cannot come from only one film or one collaboration; it comes from a history of many projects together and learning how each culture thrives," she concluded.

"The growth of the Chinese film industry reflects the growth of the Chinese middle class, which has been meteoric and will continue to be over the next five to ten years," said William Mundell, producer of Better Angels, a documentary film examining the US-China relations through the lives of ordinary citizens of the two countries.

Mundell added that China is an obvious target for American film makers who are looking to expand beyond their existing mature markets.

"The film industry in Hollywood has a history of over 100 years so it's very developed. China can learn from that and create its own distinctive version of Hollywood," he told Xinhua.