This is a series profiling the Chinese lifestyle and the people’s way of eating and drinking through literary texts, from the four great classical novels to ancient recipe books.

When it comes to fruits, no one knows better than his majesty the Monkey King from “Journey to the West” written by Ming Dynasty novelist and poet Wu Cheng’en (1500-82), which is considered one of the four great classical novels of Chinese literature. 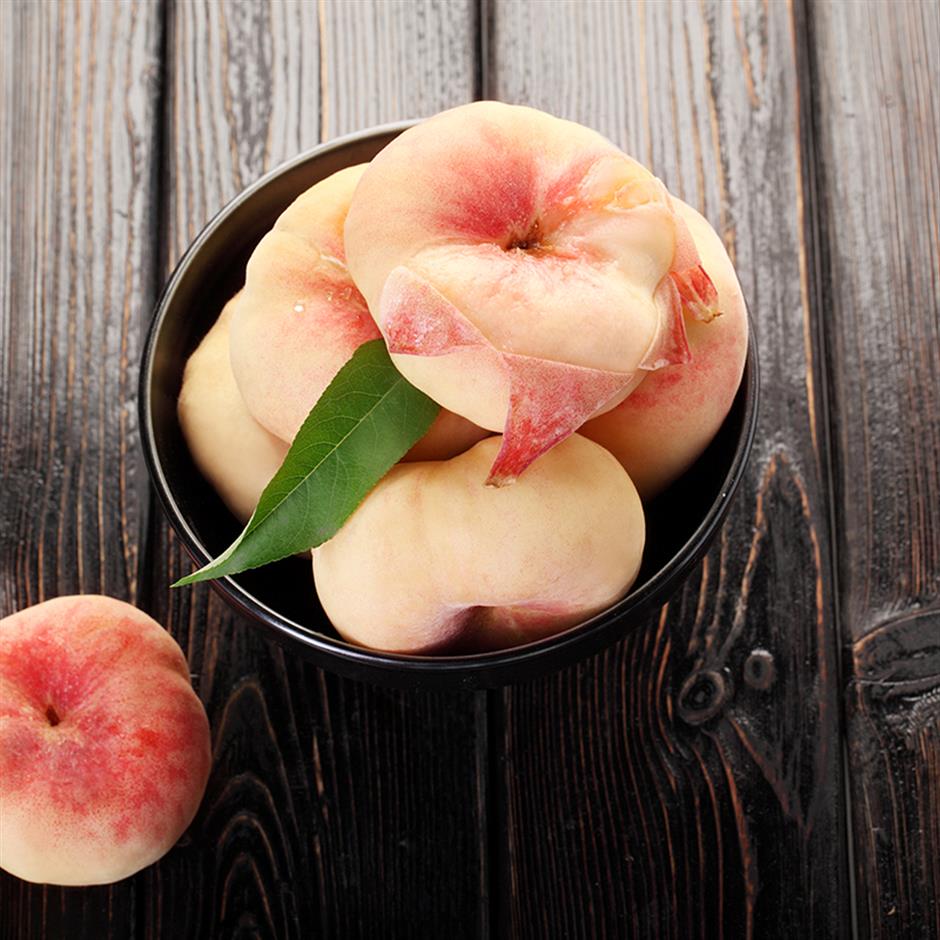 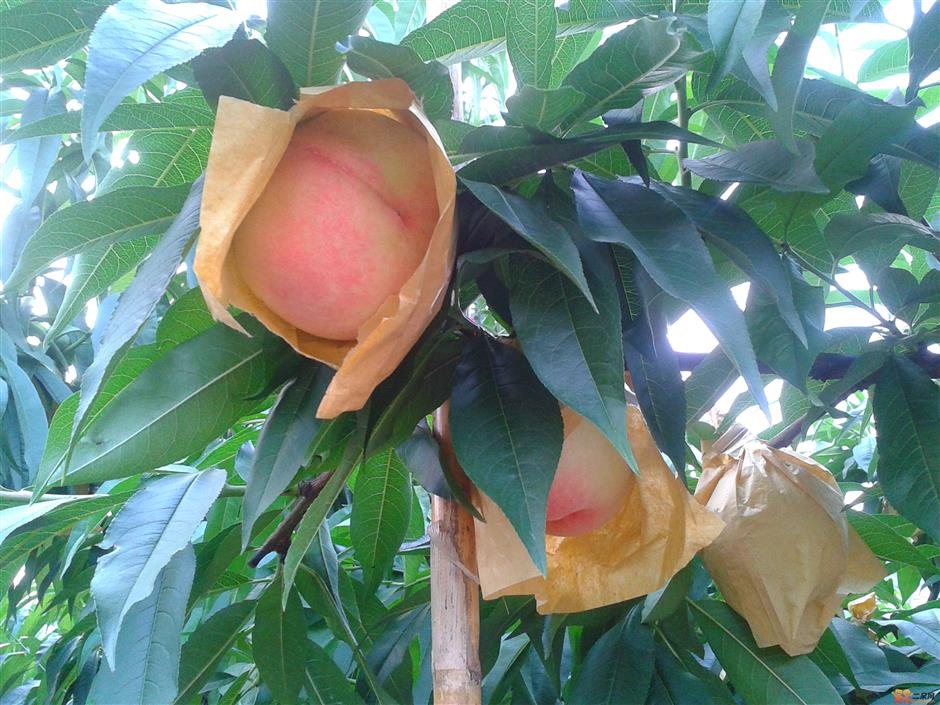 The Monkey King is one of the most prominent fictional figures in Chinese literature, and before he was imprisoned under a mountain by the Buddha and the journey to the west, he and the monkeys in the Mountain of Flowers and Fruit lived a happy life of climbing trees, picking flowers and looking for fruits.

In some chapters, the fruits play an important role that moves the plot along, like the Peach Orchard incident in heaven.

In the beginning chapters of “Journey to the West,” the Monkey King is invited to heaven by the Jade Emperor, but instead of receiving a rank amongst the gods, the monkey is made Protector of the Horses, the lowest job in heaven, and he rebels and succeeds.

The Heaven then makes Sun the guardian of the Queen Mother of the West’s peach orchard where 3,600 pantao peach trees grow. The ones growing at the front are small fruits that ripen every 3,000 years. Anyone who eats them becomes an immortal with a healthy and strong body. The 1,200 trees in the middle have sweet fruits that ripen every 6,000 years. Whoever eats them can fly and enjoy eternal youth. Finally, the last 1,200 growing at the back ripen every 9,000 years. Those who eat them can become as eternal as heaven and earth, as long-lived as the sun and moon.

The peaches of immortality are picked by the seven fairies and served at the Feast of Peaches celebrating the Queen Mother of the West’s birthday. When Sun finds out that he’s excluded from the banquet, he eats the peaches, drinks the Jade Emperor’s wine and eats Laozi’s pill of longevity, causing trouble at the feast.

Do pantao peaches exist? There is a variety of flat, oblong-shaped peach originated in Xinjiang Uygur Autonomous Region that has the same name.

In the real world pantao are sweeter than regular peaches, and the flat shape makes it easier to bite without the juice running everywhere.

Today, pantao peaches are cultivated in Shandong, Hebei, Shaanxi and Gansu provinces. Different varieties ripen throughout June to September. They are considered an upmarket product and have a higher price tag than regular peaches.

A native Chinese species, pantao peaches are also popular abroad. It’s known as the Saturn peach or donut peach because of its appearance. 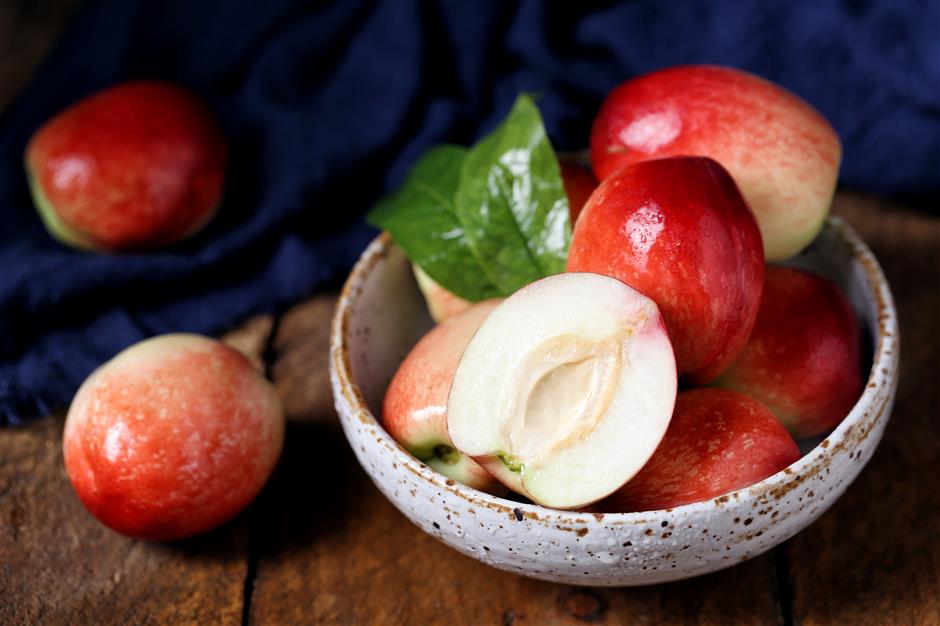 Summer is the best time to enjoy peaches and you can find all kinds of peaches in the fruit shops, ranging from soft and juicy to crisp and refreshing. The majority of the more than 1,000 varieties of peaches around the world originated in China, where cultivation of the fruit began more than 6,000 years ago. The fruit was introduced to Europe through Persia in 300 BC.

Among the more expensive peaches is the Yangshan honey peach from Wuxi. With seven decades of history, these large and vibrantly colored peaches have a stronger fragrance and much more juice in the delicate flesh.

The small, wild peaches called downy peaches have more fuzz on the skin and are not as succulent as honey peaches, but a lot of people love them for the crunchy texture and freshness.

Yellow peaches have a history of 3,000 years in China and they are the variety most commonly used in canned peaches, while the nectarines with smoother skin and crispier flesh are a cross between peaches and plums.

One way of eating peaches in China is to sprinkle a bit of salt on the slices of peach to lift the sweetness. Some people also add preserved plum powder to introduce a sour taste.

To remove the skin of peaches, simply blanch them in hot water for 40 seconds and let them sit in ice water for another 30 seconds. The skin will then peel off easily. 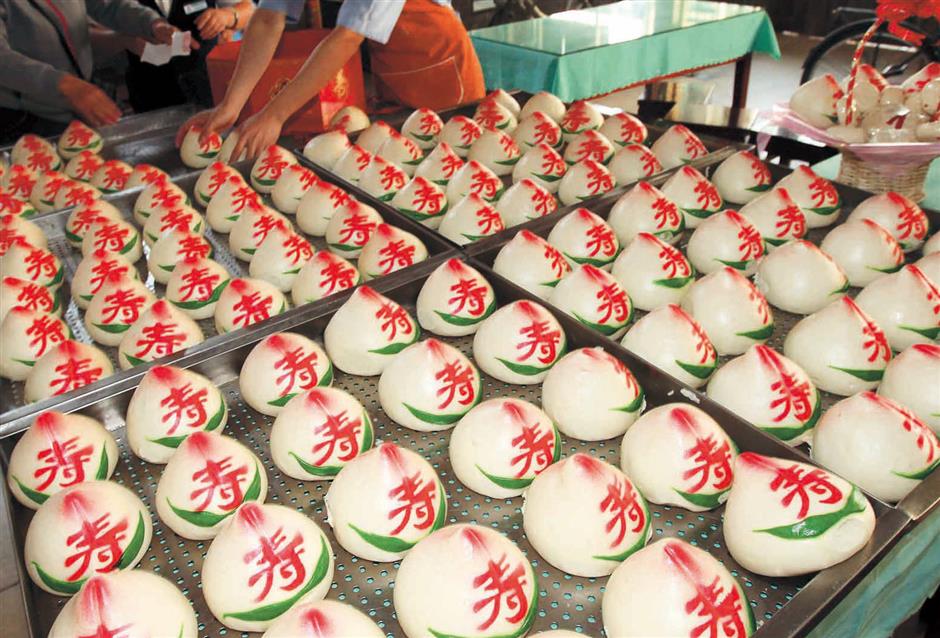 Shoutao, or birthday peach, is presented to celebrate birthdays for the elders.

As peach is regarded the fruit of immortality, there’s a traditional Chinese pastry called shoutao, or birthday peach, which is presented to celebrate birthdays for the elders.

It’s a pink and white colored steamed bun in the shape of peach with a red bean paste filling. There are also shoutao-shaped birthday cakes.

Culturally, the peach is a fruit with significant meanings in China. “The gift of a peach will be reciprocated by the gift of a plum” is a Chinese idiom that means exchanging gifts and returning favors, and peach blossom luck is a feng shui term of looking for love.

In the 24th chapter of “Journey to the West,” Xuanzang and his disciples came across a special manfruit (renshenguo) in the Wuzhuang Temple in the Mountain of Infinite Longevity, grown by a Taoist immortal named Zhen Yuan Zi. 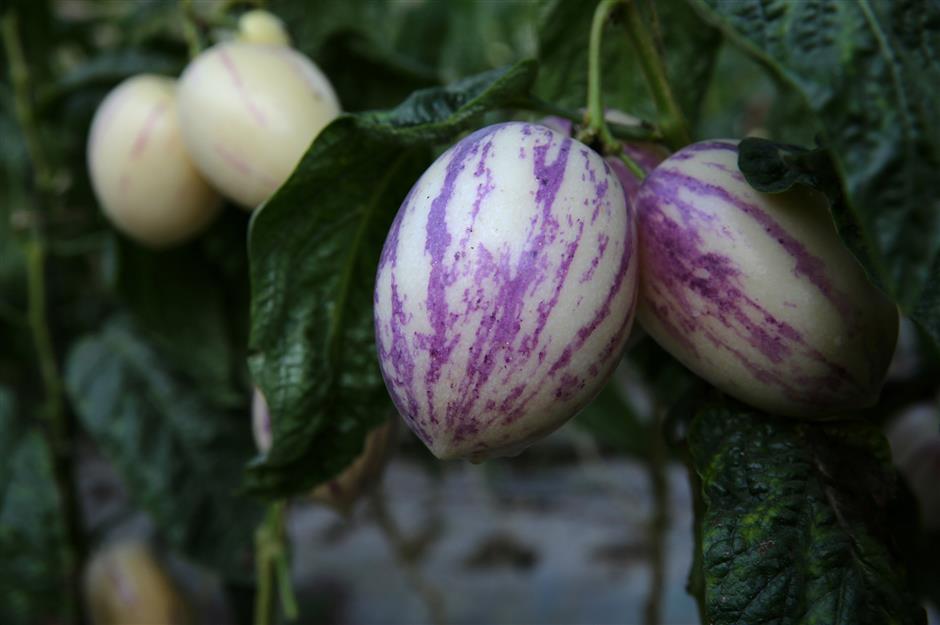 The temple has a rare treasure, a miraculous tree that takes 3,000 years to blossom, 3,000 years to form fruit and another 3,000 years for the fruit to ripen. The fruit is shaped just like a newborn baby with complete limbs and facial features.

Every 10,000 years, only 30 fruits are harvested, and eating one would make a person live for 47,000 years. Xuanzang refused in the beginning because he thought it was a 3-day-old newborn baby. In chapter 26, when he saw Guanyin Bodhisattva eat one fruit, Xuanzang realized that it was an immortal’s treasure and ate one. 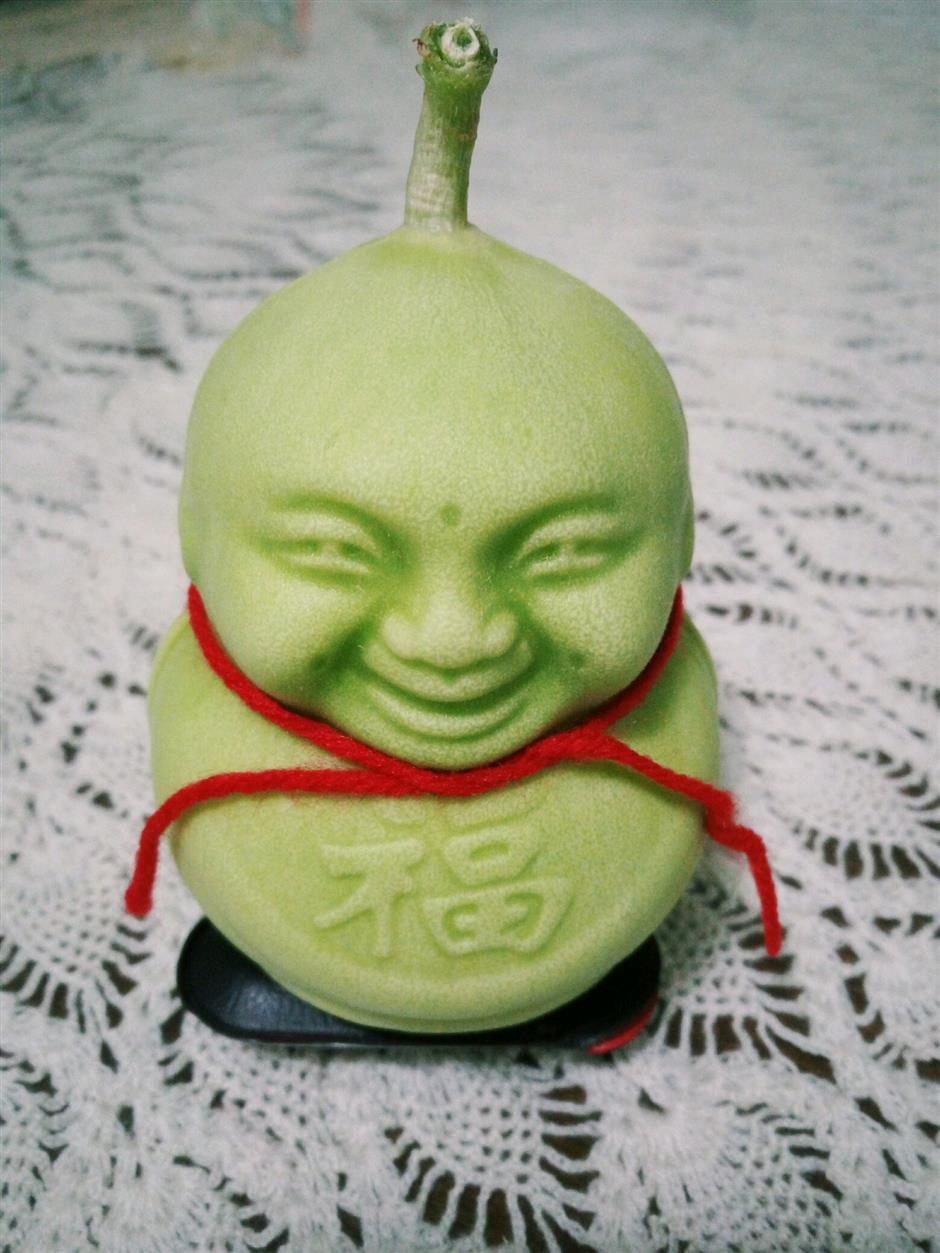 Baby-shaped melon inspired by the manfruit from "Journey to the West."

Although renshenguo is a mythical plant that doesn’t exist, Chinese people have named the pepino melon after the immortal fruit. The light, fragrant and crisp fruit originated in South America and is a relative of eggplant.

It’s a quite healthy fruit with high protein, lots of vitamin and minerals and quite low levels of sugar and fat. Pepino melons are now grown across China and the fruit is harvested in autumn.

But the fruit with the look of a newborn baby still intrigues a lot of people, and some people started to grow fruits such as sweet melons, pepino melons and even pears in a baby-shaped mould to achieve the form. With such a mythological quality, the price of the melon is much higher.