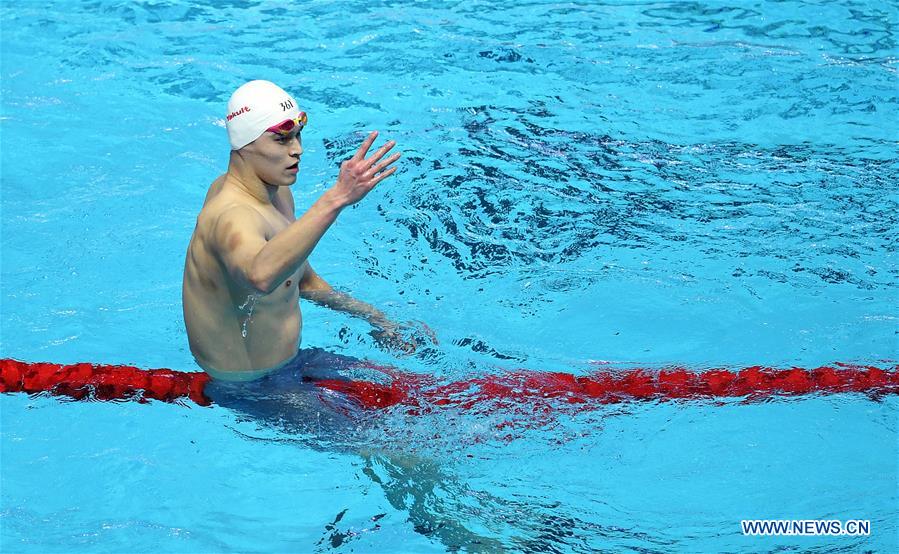 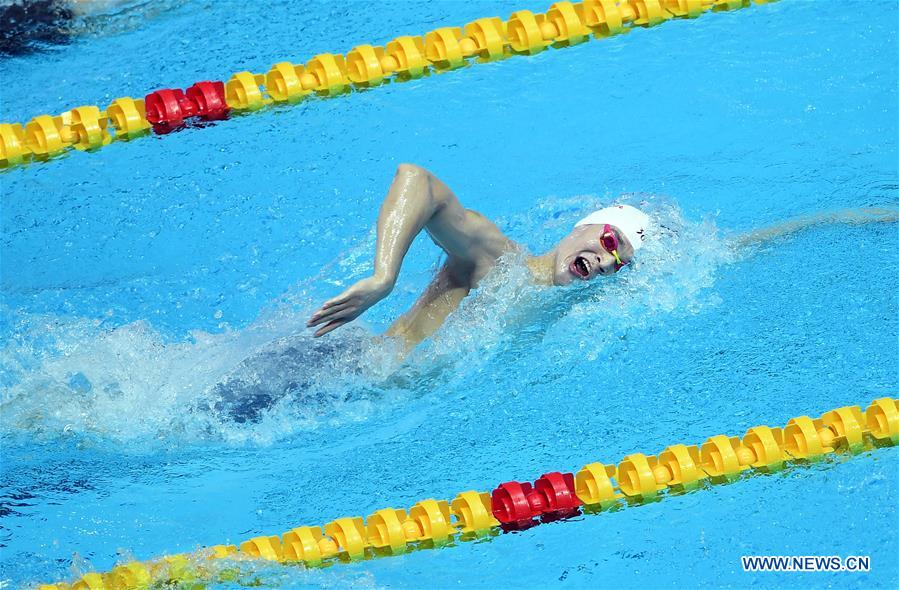 This marks his fourth consecutive world championship title in the event.

Sun finished first in the 400m free final, clocking three minutes and 42.44 seconds. It was his fourth straight gold medal of the FINA worlds in the event since 2013. 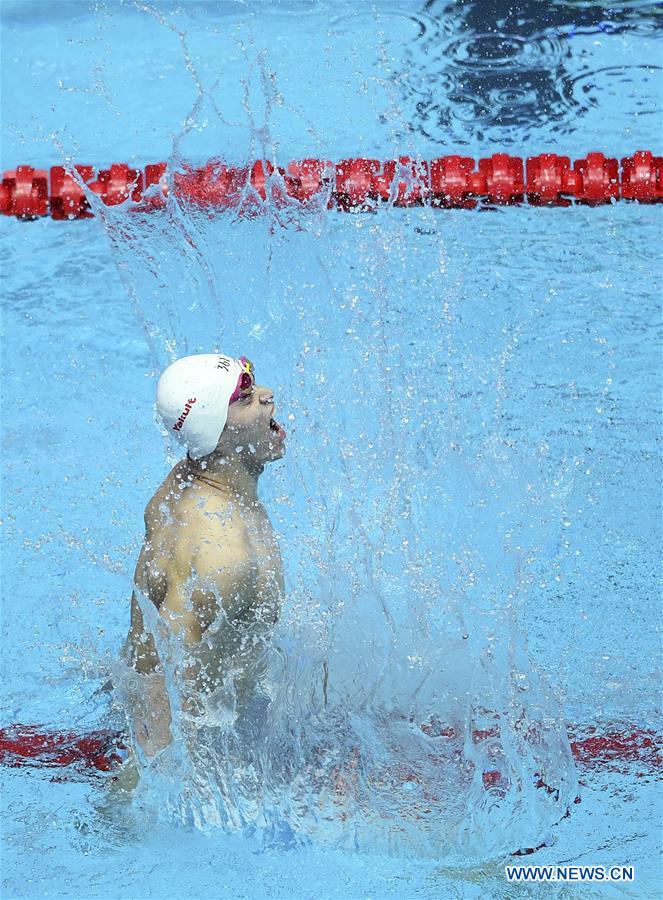 Mack Horton of Australia touched home as runner-up in 3:43.17. Italy's Gabriele Detti trailed with a time of 3:43.23 for the bronze.

(Compiled by Han Xiaomeng; with input from Xinhua)