Olympic champion Sun Yang fired off his personal-best 1,500m freestyle in four years and collected his fourth title on the last day of the Chinese Swimming National Championships here on Sunday. 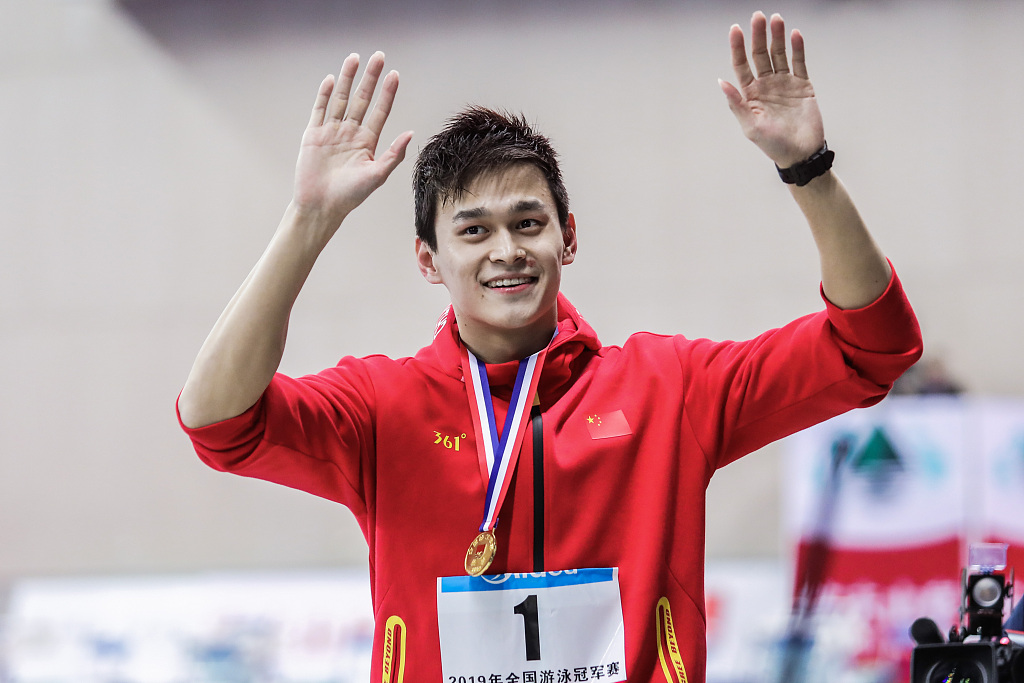 "It was the event I felt the most satisfied among all the four events I have competed. I beat the barrier of 15-minute and clocked my best time in four years since I changed my focus to the middle distance after 2012 Olympic Games," said the 27-year-old, the eldest one at the meet.

"I was so excited and happy because I found back my endurance for this marathon event and felt more confident in the mid-long distance events," Sun said.

Olympic champion Ye Shiwen continued her winning comeback in the 400m individual medley by claiming gold in 4:37.57. "Compared with 200m IM and 200m breaststroke, 400 IM was the weakest part of my events. But it was a good sign that I am a reborn swimmer," said the 23-year-old.

"I did not feel good since this was the only event I competed in this meet. I expected a better time," said the 50m backstroke world record holder.

The eight-day competition, which attracted about 900 swimmers from 25 teams from March 24 to 31, serves as the qualifying tournament for the 2019 FINA Swimming World Championships in Gwangju, South Korea in July.