QINGDAO, March 26 (Xinhua) - Olympic champion Sun Yang stormed to victory in the 200m freestyle at the 2019 Chinese national swimming championships here on Tuesday, while Yan Zibei set the first national record of the meet in the 50m breaststroke. 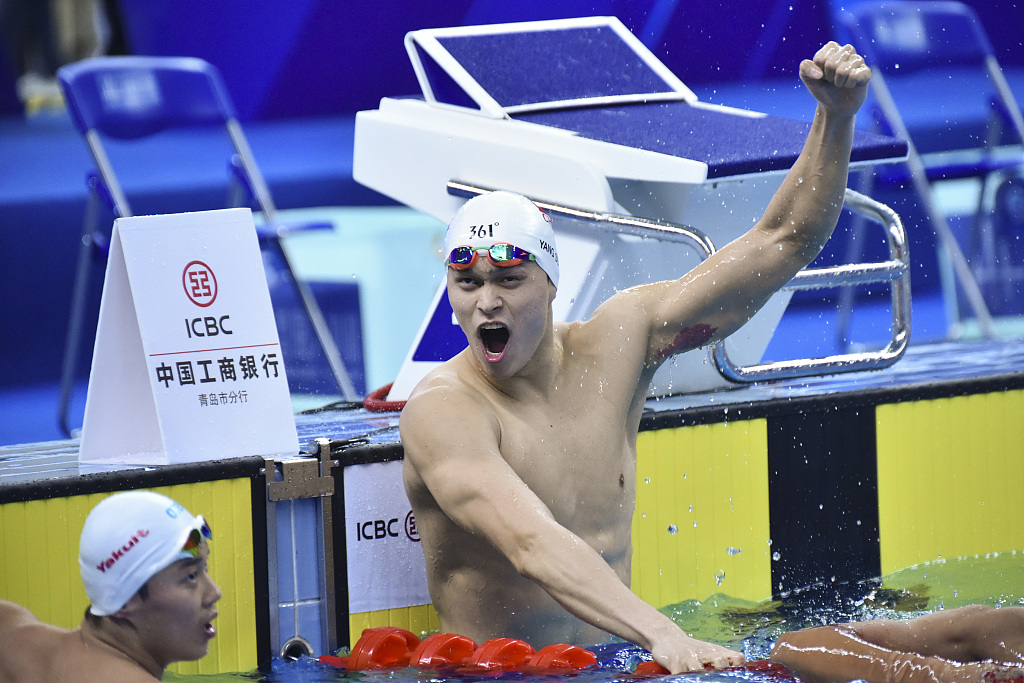 Cheered on by the local fans, Sun won convincingly in a time of 1:45.73, representing the world's best time in the 200m freestyle so far this season. Ji Xinjie came second in a personal best time of 1:46.27 and Wang Shun finished third in 1:47.35.

"I was pretty happy with the time because I finished the 800m freestyle heat very late in the afternoon," said Sun, who clocked a comfortable 8:06.27 to finish fourth in the 800m heat. "I took a short rest and had a shorter than ever warm-up before the final. It was my second title and I was satisfied with my 400m and 200m in general. It is a good start to the year."

World champion Xu Jiayu defended his title in the 100m backstroke in 52.27, beating teammates Li Guangyuan with 53.99, and Wang Guanbin, who clocked 54.64.

"Physically I felt not in my best shape but it was a challenge for me. I just performed my normal form. I want to show my best at the World Championships," Xu said.

16-year-old Wang Jianjiahe, who lowered the Asian record in the 1,500m freestyle, breezed to the gold in 15:49.85, while Li Bingjie quit the long-distance event to compete instead in the 200m freestyle semifinal.

Yan set the first national record of the meet in the men's 50m breaststroke in 26.96, slicing 0.1s off his own record.

"I did not expect to break the national record. I just want to win gold in tomorrow's final," said Yan, who won the 100m breaststroke on Monday.

Around 900 swimmers from 25 teams are competing at the meet from March 24 to 31, which also serves as the qualifying tournament for the 2019 FINA Swimming World Championships in Gwangju, South Korea in July.