GWANGJU, July 12 (Xinhua) -- China's national swimming team confirmed on Friday that 1,500m freestyle world record holder Sun Yang will not take part in that event at the 2019 FINA World Aquatics Championships. Instead, he will focus on the 200m, 400m, and 800m freestyle in what will be seventh time participating at the worlds. 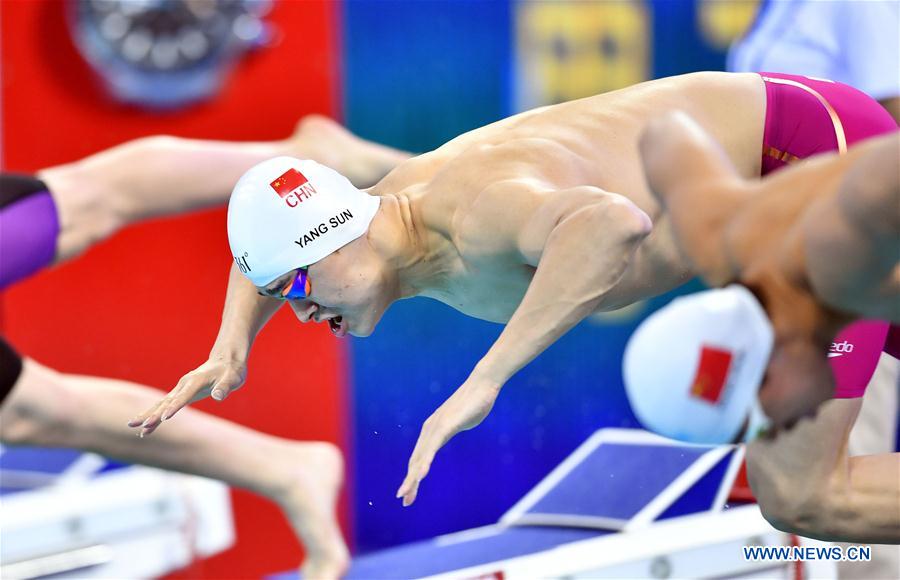 Sun, who is world champion at both 200m and 400m, planned to take part in all four freestyle distances. However, considering the competitiveness and the tight schedule of these events, Sun decided to withdraw from the 1,500m in order to conserve his energy for the remaining races.

With the 800m freestyle set to be included in the Olympic swimming program for the first time at Tokyo 2020, Sun's main focus is to win gold medal in this event at the Games. Sun ranks first in the 400m so far this year, and fifth and ninth in the 200m and 800m respectively.

Over 2,600 athletes from 194 countries and regions are set to compete in 42 events at the 2019 FINA World Aquatics Championships in Gwangju, South Korea. China will send 43 athletes to compete in the five major disciplines of swimming, open water, diving, synchronized swimming and water polo. The swimming events will begin on July 21.