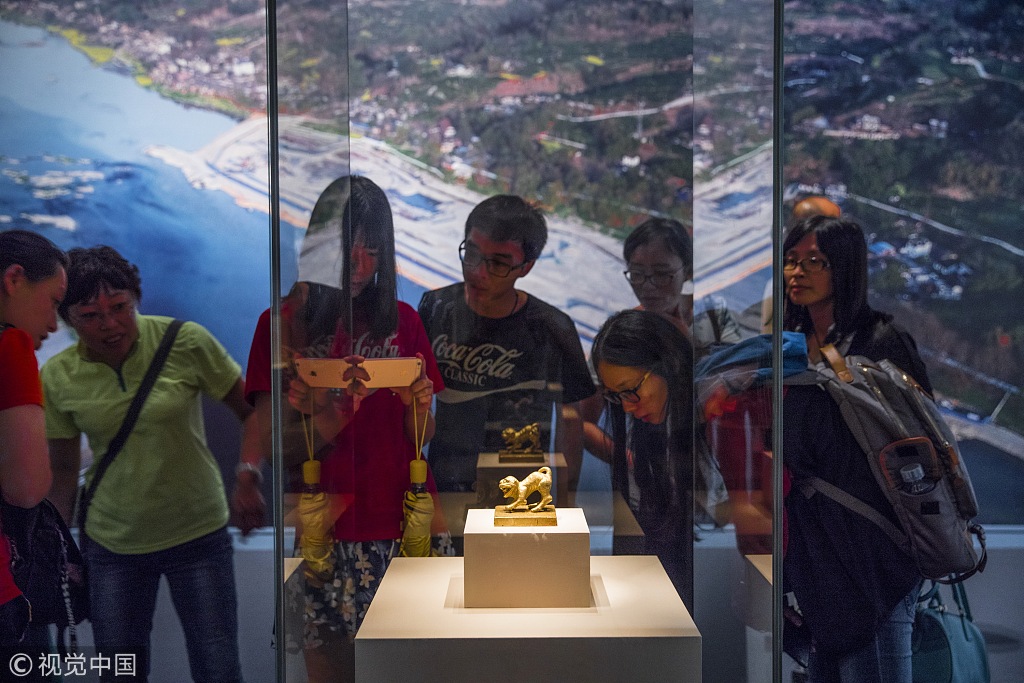 Visitors are looking at a cultural relic in the National Musuem of China in Beijing on June 27, 2018. (Photo/VCG)

BEIJING - More than 500 pieces of cultural relics from an underwater ruin are on display in the National Museum of China.

The treasures were recovered by archaeologists at the underwater site in the Minjiang River in Meishan City, southwest China's Sichuan Province, and are believed to be owned by the peasant uprising leader Zhang Xianzhong.

It is believed that in 1646 Zhang was defeated in the area by Ming Dynasty (1368-1644) troops while attempting to transfer his treasure to the south. About 1,000 boats loaded with money and valuables are said to have sunk during the skirmish.

The relics on display include an extremely valuable gold stamp owned by a ruler of a tributary state of the Ming Dynasty, gold and silver bowls, coins and jewelry.

The items, which were chosen from over 40,000 pieces of treasure excavated from the ruins since last year, are on display with text, pictures and video.

The three-month exhibition started on June 26.

Gao Dalun, head of the Sichuan Provincial Cultural Relics and Archaeology Research Institute, said that according to a preliminary plan, a museum would be built on the delta of the Minjiang River where more than 40,000 cultural relics will be displayed.

Gao expects that the actual treasure site is around 1 million square meters.