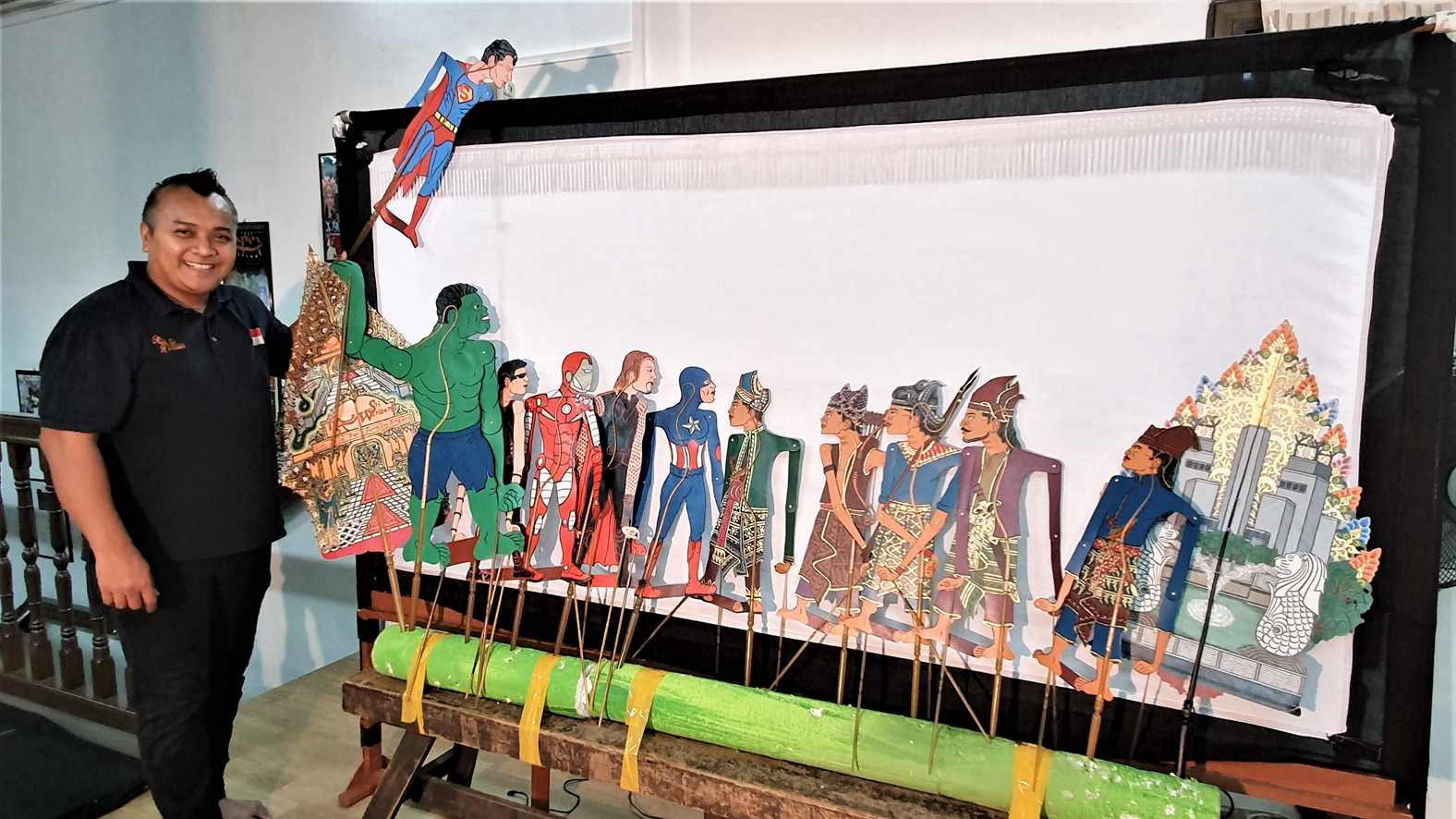 When I asked a friend whether she would be interested in watching "Wayang Kulit," she replied with a question - "is it on Netflix?"

Her answer is a reflection of the times. Because of digitalization, 3D movies and state of the art animation, traditional art forms like Wayang Kulit run the risk of losing their significance.

Wayang Kulit is a traditional Javanese and Malay art form of storytelling through puppetry, music and handcraft.

To keep the art form relevant in today"s time, Wayang Kulit troupes are using innovative ways to modernize and add a contemporary twist to their traditional tales.

CGTN got backstage access to the Sri Warisan Som Said Performing Arts. Their storytellers showed us how they are using superheroes like Superman and the popularity of "Avengers: Endgame" to attract a larger and younger audience.

"We want to pull in the interest of the next generation. While some of them are using different characters such as Badang, the superheroes such as Superman, the Avengers or even Malay superheroes", said Adel Ahmad, managing director of Sri Warisan Som Said Performing Arts.

Traditional Wayang Kulit stories primarily focused on tales from Mahabharata or Ramayana, where the main theme was always "good versus evil." So, when superheroes are added in the mix, they are still able to follow the same theme, where the "good" superhero stands victorious.

Storyteller Iswandiarjo.b.wa explains "one of my stories was on Badang, but I did not follow the original story. I created something different. Just for entertainment purposes. At the end of the day, the most important thing about Wayang Kulit is the moral of the story."

Superheroes are not the only modern element being employed by Sri Warisan. Recently, the performing arts company used items like jumbo puppets and multimedia screens to give the performance a more life-like effect. 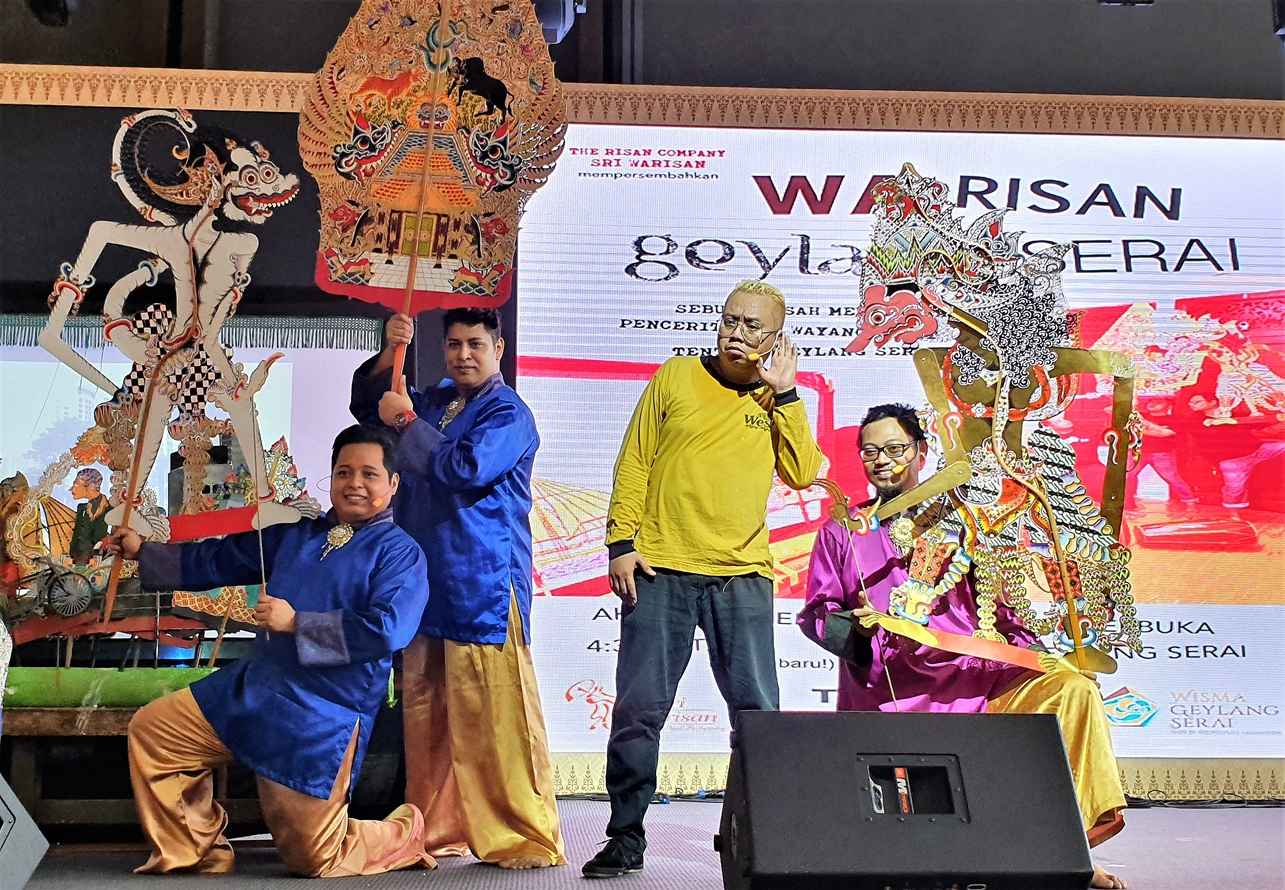 Adel explained, that "we are using jumbo Wayang Kulit which are 1.2 to 1.5 meters. These are the traditional Wayang Kulit, Rama and Hanuman. We have put in many elements in something which is traditional into something contemporary now."

Iswandiarjo.b.wa told us how he uses Singlish to make the performances fun and interactive.

"Now with the next generation we really don"t just want to have the Malay knowing about Wayang Kulit, we have it in different languages as well. So we have it in Malay, we have it in English, and we twist a little of the old stories into something which is more relevant and fun for the younger generation to enjoy," explained Adel.

The group revealed to us that there has been a revival of Wayang Kulit in recent years.

Adel explained that "it was alive all the way until the 1970s, early 1980s but then in the late 1980s, 1990s it died off. We didn"t see anymore Wayang Kulit performances in Singapore."

"In the year 2000, 2001, we decided to have Wayang Kulit workshops to revive this performing art which had died in Singapore."

We asked Adel and his group if he is worried that adding modern elements may dilute the art form.

He negated the argument adding that "what is important for us is that we understand the foundation. The base, the fundamentals of Wayang Kulit and its history and its traditions must be kept. But in order for it to be kept, we must stretch our imagination."

He added that "we traveled the world with this art form of Wayang Kulit Singapura and it has been well received in Malaysia, in Brunei, in Indonesia, in Laos, in Vietnam."

For Adel and his group of storytellers, it is about reaching as many people as they can and making the younger generation stay in touch with their heritage.

"I think it is more vibrant the way we are moving with the next generation. We feel it is the responsibility for this new generation to make sure that it still lives on."