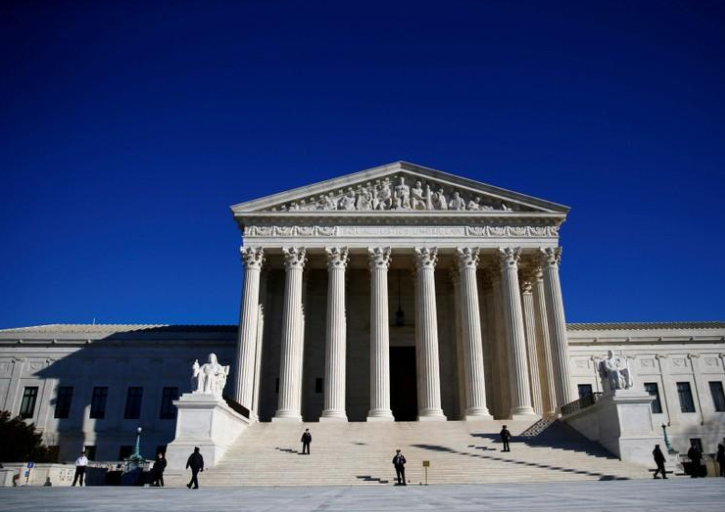 Police officers stand in front of the US Supreme Court in Washington, DC, US, January 19, 2018. Photo: Reuters/Eric Thayer

The US Supreme Court on Wednesday ruled that Americans injured in a 1997 suicide bombing in Jerusalem cannot seize ancient Persian artifacts from a Chicago museum to satisfy a $71.5 million court judgment against Iran, which they had accused of complicity in the attack.

The justices, in an 8-0 ruling, upheld a lower court’s decision in favor of Iran that had prevented the plaintiffs from collecting on the judgment, which Tehran has not paid, by obtaining antiquities held at the University of Chicago’s Oriental Institute. The important Persian cultural artifacts, on loan from Iran to the museum since the 1930s, include clay tablets boasting some of the oldest writing in the world.

Justice Elena Kagan did not participate in the decision.

The decision could make it harder for plaintiffs in other cases arising from militant attacks overseas to seek compensation by seizing and selling off cultural relics owned by foreign countries.

The case required the Supreme Court to determine what types of assets are immune from seizure under the Foreign Sovereign Immunities Act. That 1976 federal law largely shields foreign governments from liability in American courts, except for countries like Iran that have been designated by the US government as state sponsors of terrorism.

The lawsuit stems from a 1997 attack in which three members of the Islamic militant group Hamas blew themselves up at a crowded pedestrian mall in Jerusalem, killing five people.

Several of the injured, including lead plaintiff Jenny Rubin, and their relatives sued Iran in federal court alleging it had provided material support for the attackers.

The court agreed, awarding them $71.5 million. Iran refused to pay, prompting the plaintiffs to target precious artifacts, including the Persepolis Collection, thousands of ancient tablets and fragments, many inscribed with Elamite writing, on loan since 1937 and held at the Oriental Institute.

Asher Perlin, an attorney for the plaintiffs, said the Supreme Court missed an opportunity to “hold Iran’s feet to the fire.”

“This was a difficult loss for my clients who have been waiting for justice for more than 20 years since the Iran-sponsored terrorist attack that shattered their lives,” Perlin said.

In 2016, the Chicago-based 7th US Circuit Court of Appeals blocked the artifacts from being turned over to the plaintiffs.

The law exempts from immunity certain foreign-owned property used for commercial purposes in the United States. The lower court ruled that the exemptions cover only property used by the foreign state and not by a third party like the university.

The appeals court also said a 2008 change to the immunity law did not create a standalone right for victims of militant attacks to collect on judgments regardless of commercial activity or other exemptions. The Supreme Court agreed.

In the unanimous ruling, Justice Sonia Sotomayor wrote that the change “does not in itself divest property of immunity.” She also said the plaintiffs had shown no evidence that the US Congress intended to remove all obstacles to enforcing terrorism-related court judgments.

Wednesday’s ruling is also likely to dictate the outcome of a similar dispute pending before the justices in which four different groups of plaintiffs representing those injured in other allegedly Iran-backed attacks are seeking to enforce court judgments by seizing $17.6 million in assets held by Iranian government-owned Bank Melli.