A survey of university students shows that those who place more online orders for food seem more likely to feel depressed. 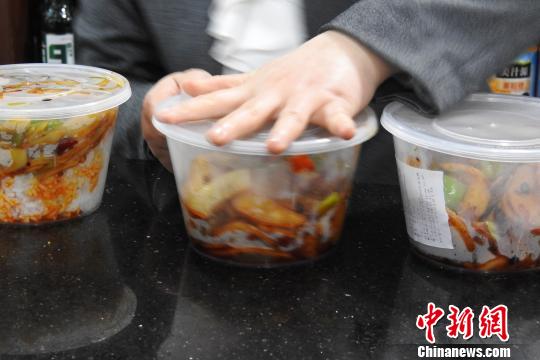 The Panel Study of Chinese University Students released by the Chinese Academy of Social Sciences canvassed students at 18 universities.

The survey found that time spent online in general had a significant impact on students’ mental health. The longer a student spends online each day, the worse was the self-evaluation and the higher the likelihood of depression.

For sleep quality, about 45 percent of student respondents gave themselves a score of 6 points out of 10.

Data showed that 6.4 percent of university students order takeaway food online almost every day, followed by 16 percent who place orders 3 to 5 times a week and 21 percent who use the services 1 to 2 times weekly.

Dr. Zhang Zhenyu, who participated in the research, said students on average had a self-assessment that rated their physical and mental health at 8.45 points. Over 36 percent scored more than 10 points on the CESD-10 depression scale.

Zhang also found that 29.9 percent of students thought themselves “fat” or “very fat” and 54.3 percent said their appearance scored 6 out of 10. According to the survey, 2.5 percent have had facial plastic surgery and 5.8 percent have plans to improve their appearance through surgery in the next three years.

Among students who want plastic surgery and those willing to do it, girls comprise 64 percent and 79.8 percent respectively.

The survey also showed that 22.6 percent of students were left-behind children when they were kids, which research defines as children separated from their parents for six months in a row who had to be looked after by others.

Zhang said the early experience of separation from parents has a negative impact on students’ mental health and self-assessment scores. They also had higher depression scores than those who lived with parents.

The research team also found that students with good family economic conditions scored higher in all dimensions than students from poor families. Students with a good physical and mental status had strong time management and self-management abilities.