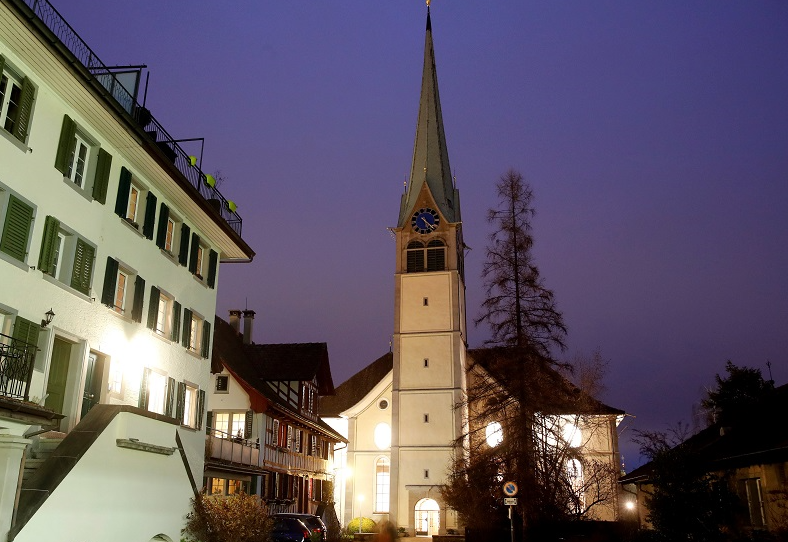 A Swiss church can let its bells ring out in celebration after the country’s highest court overturned a restriction on its peeling chimes demanded by a local couple.

More than 2,000 residents campaigned against the limits on the 250-year-old Protestant Reformed Church in Waedenswil, near Zurich, after a legal spat broke out three years ago.

An unnamed couple who lived closed to the church had sought a halt to the hourly and quarter-hourly clangs between 10 pm and 7 am. They also wanted the early morning ringing to be delayed from 6am to 7am, which the church voluntarily agreed to.

A local court in 2015 granted their demand to halt the quarter-hourly chimes but kept the hourly beats. The restriction was not implemented after local parishioners and the town council took their appeal to the Federal Supreme Court in Lausanne.

The court struck out the restriction on Wednesday, saying reducing the number of night time chimes would not have a significant effect on quality of life, while the nightly clanging was firmly rooted in Waedenswil’s culture and part of the local tradition.

“We are delighted with this decision, not just for us, but for the town and the whole community,” said Peter Meier, a member of the church’s council.

“The bells are an important part of the town’s feeling of home, and have long given a rhythm to people’s lives here.”

He said he was pleased an independent survey which showed that 79 percent of people in Waedenswil were not disturbed at all by the sound of bells in the night had been recognized by the court.

“We are celebrating the church’s 250th anniversary this year, and this is a very nice present to not have this hanging over us any more,” he said.