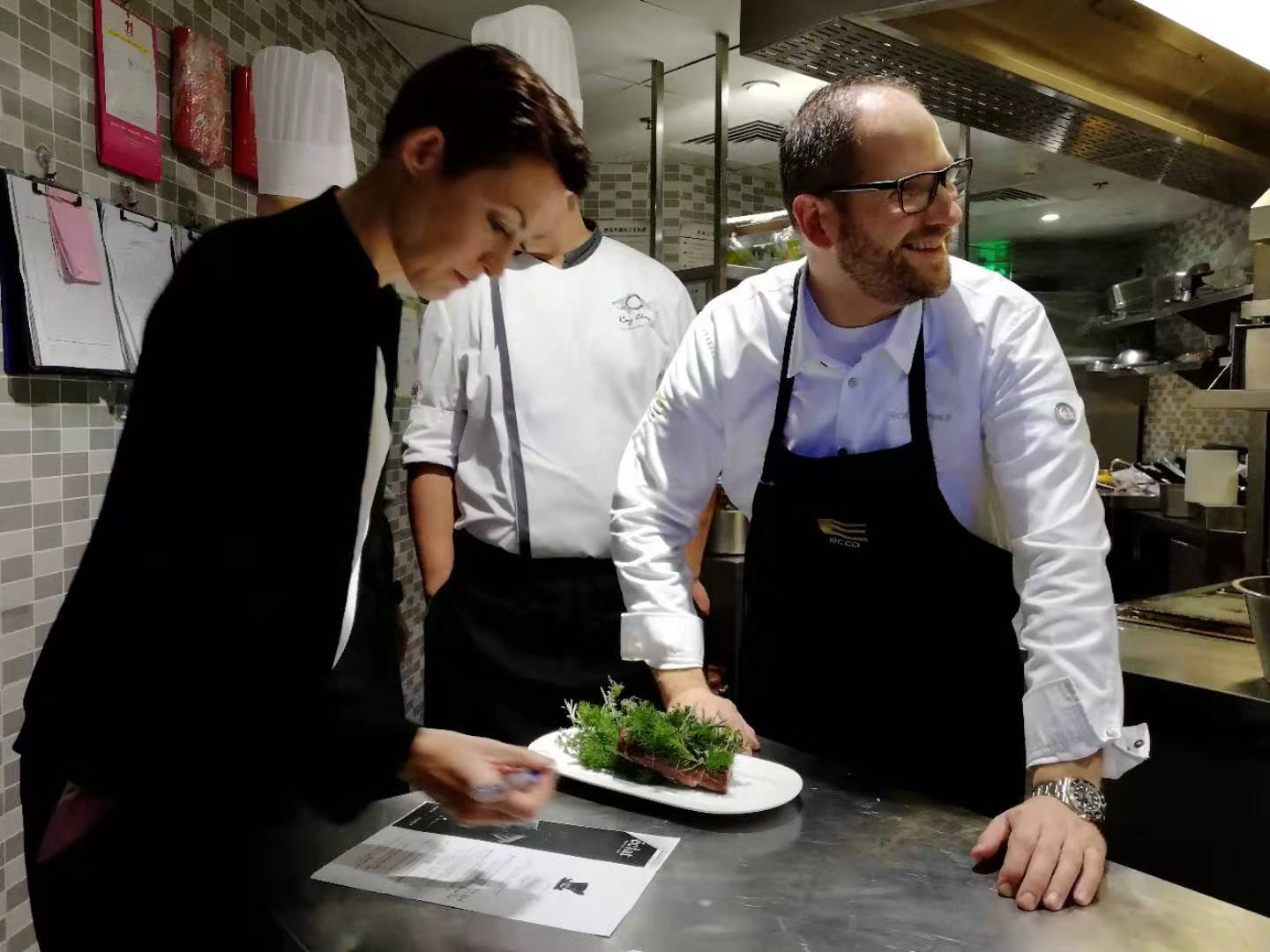 A two-Michelin-star chef, Rolf Fliegauf, and his team came to excite Beijing palates with his signature dish and a special menu for the 5th Swiss Gastronomic Week jointly organised by the Embassy of Switzerland in China and Hotel Éclat. (Photos: Huang Dongpeng/People's Daily app) 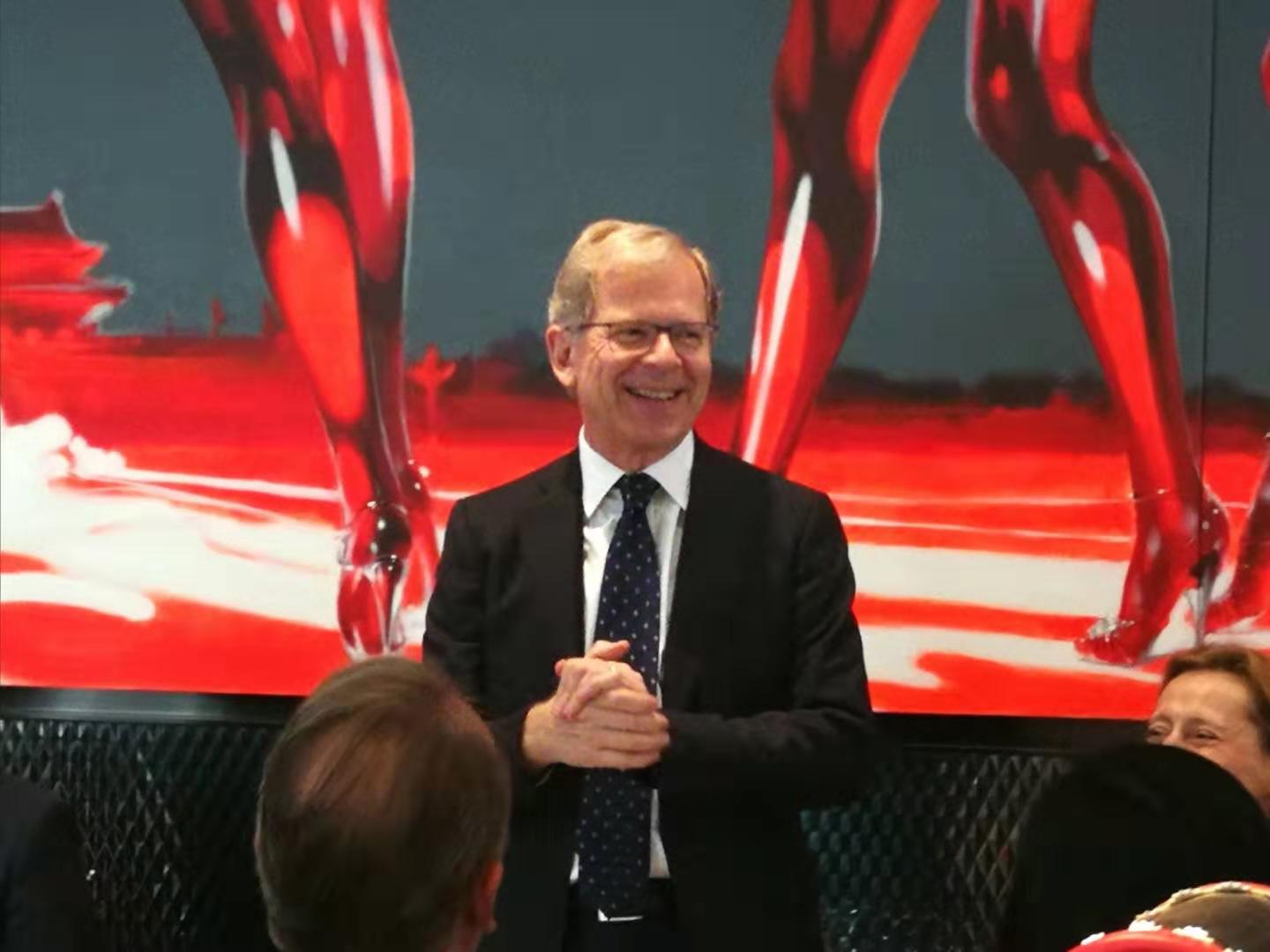 Bernardino Regazzoni, Swiss ambassador to China, participated in The Swiss Gastronomic Week and said that the Gastronomic Week brings the taste of Switzerland directly to Chinese palates, which in turn strengthens friendship between the two nations with excellent food cultures. 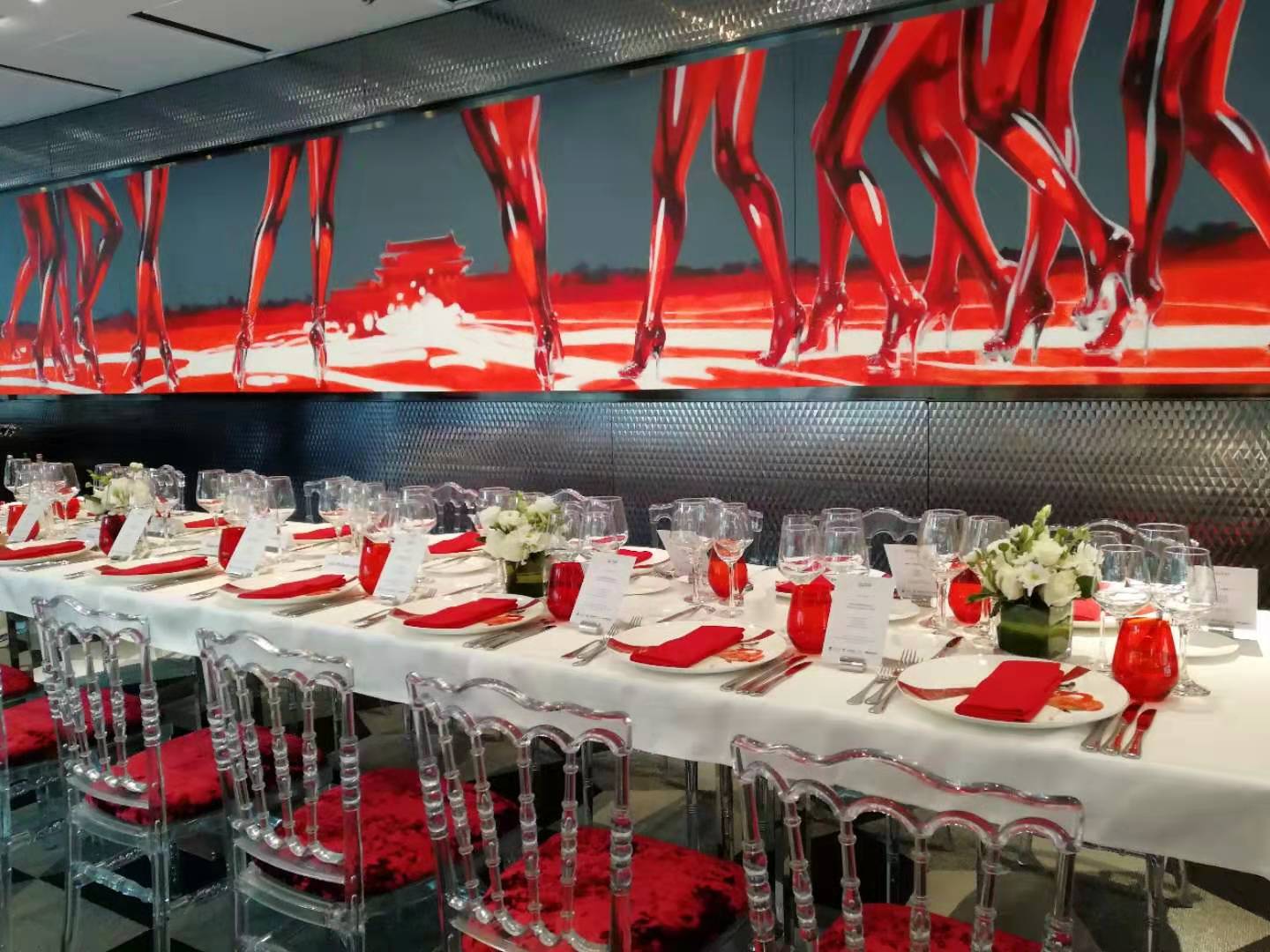 The tableware for the luncheon is arranged according to the tradition of the Michelin restaurant, and each guest has its own name in front of the seat. 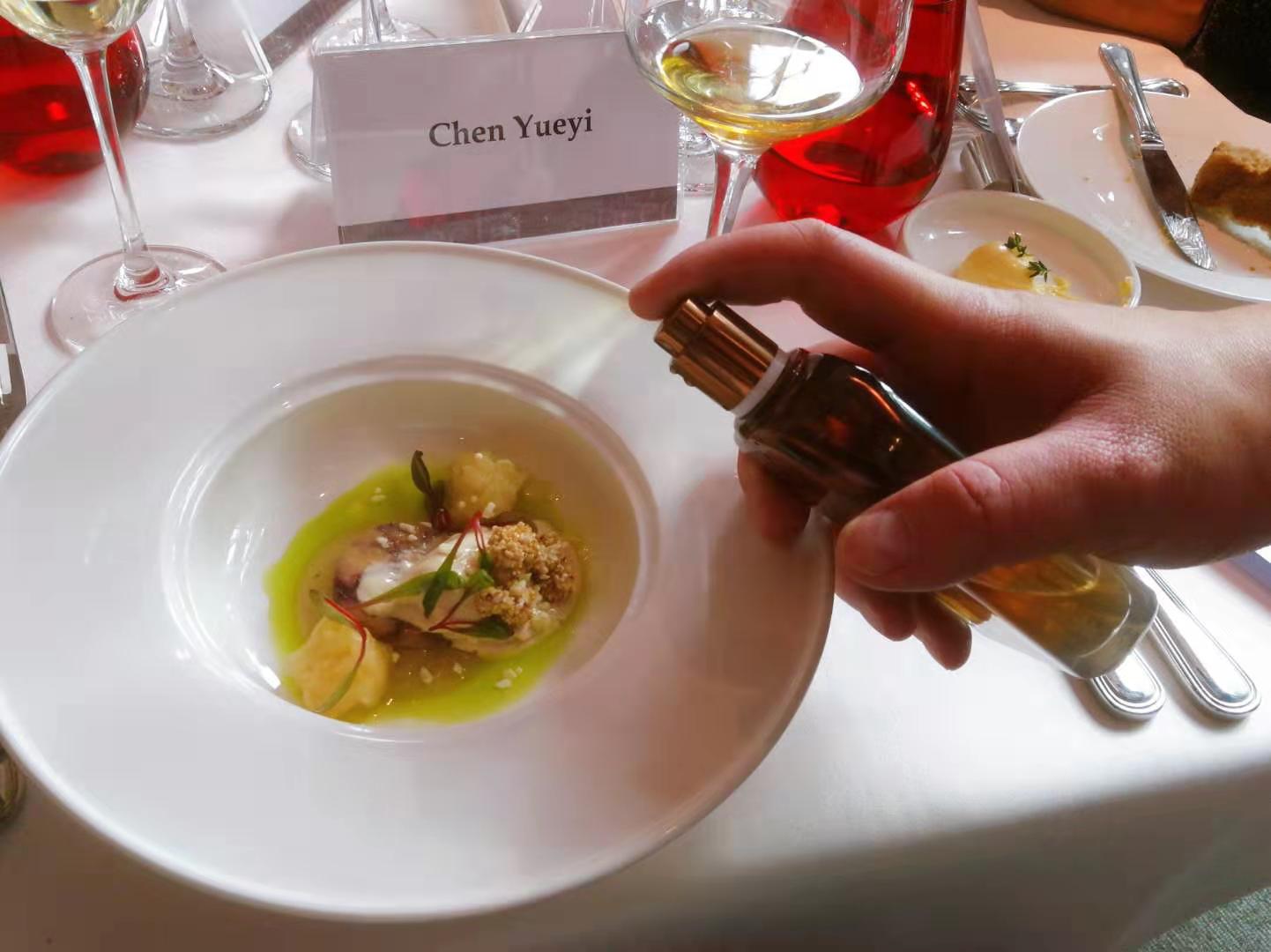 The menu starts with “bircher muesli,” the typical Swiss breakfast that has taken the world over. The star ingredient of this muesli is goose liver, which is meticulously served with ice cream, pickled apple and caramelised cereal. 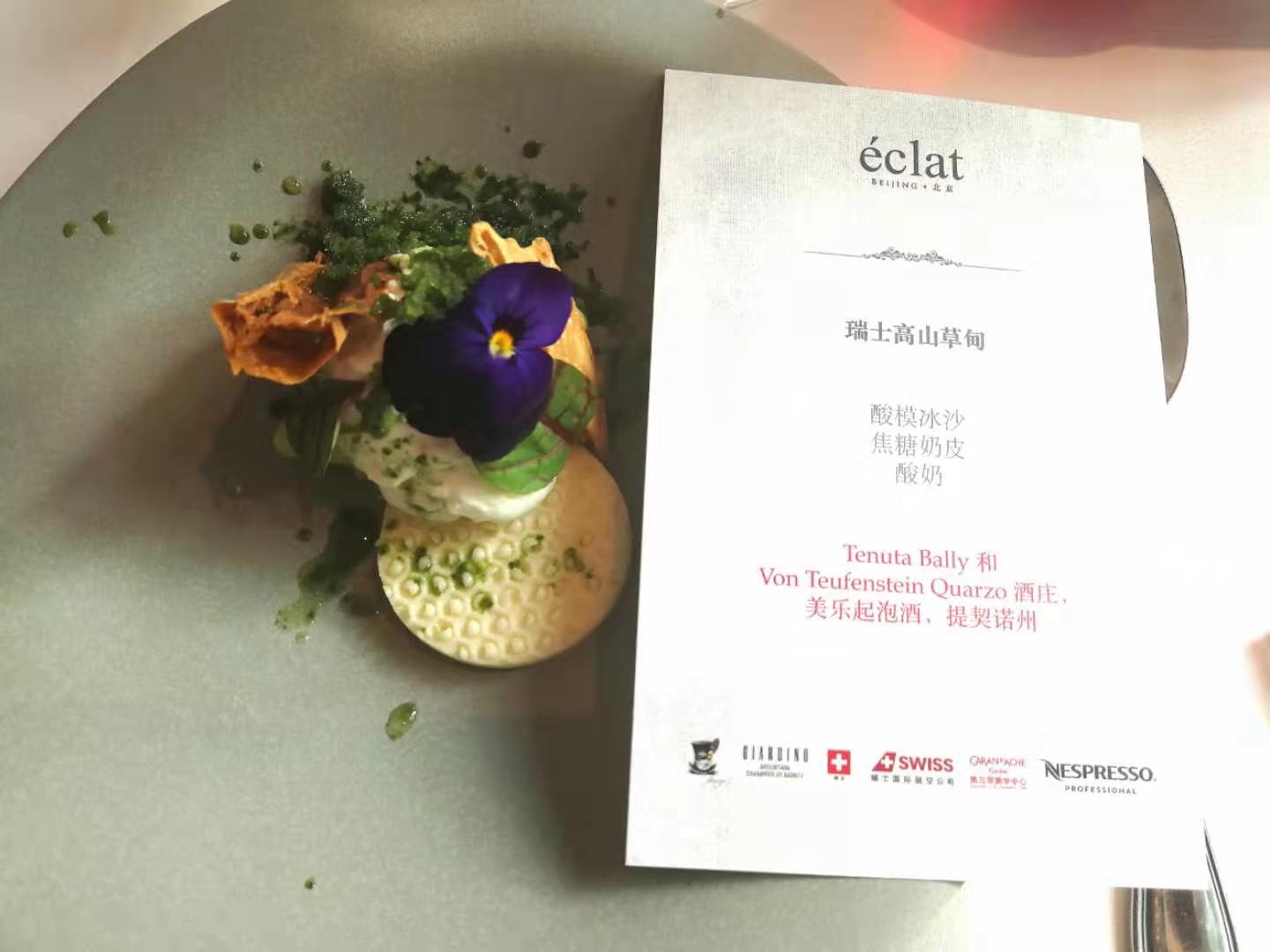 By delicately crafting sorrel sorbet, a green frozen sweet dessert with caramelised milk skin and yoghurt, Fliegrauf and his team present a plateful of Swiss nature to Beijing gourmets in the “Swiss mountain meadow” dessert. 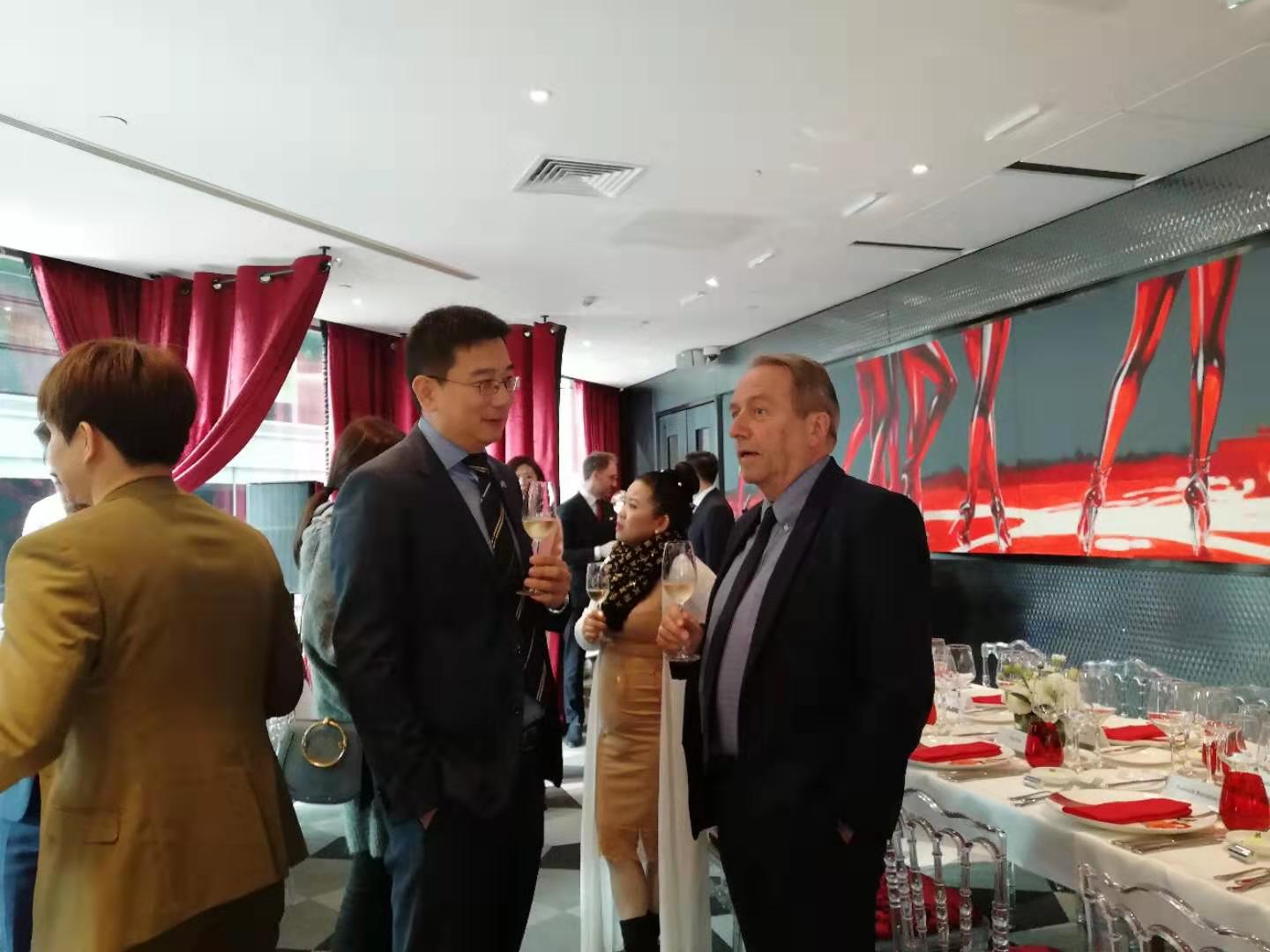 Visiting guests are cordially talking at the venue. Food lovers in Beijing can relish the three course set lunch or five course set dinner from November 7 to 10 at George's Bar and Restaurant of Hotel Éclat.