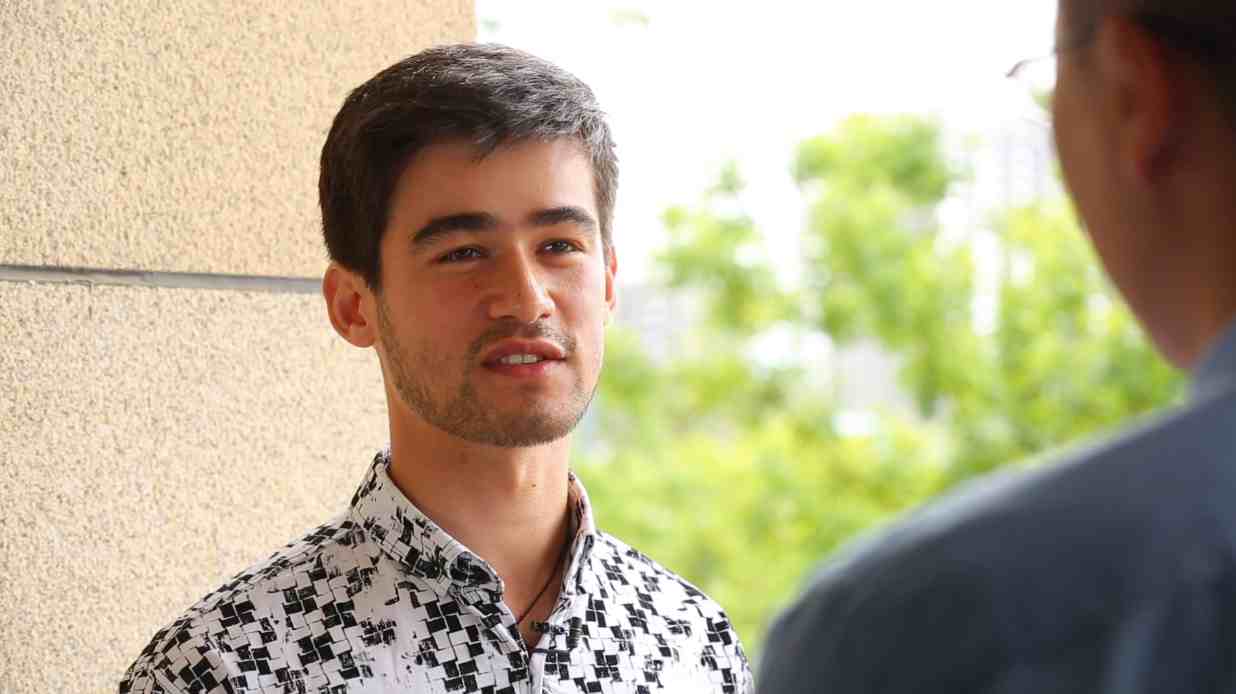 A key area of cooperation among members of the Shanghai Cooperation Organization involves people-to-people exchanges.

At Shandong University’s Qingdao Campus, two students from Tajikistan have gained not only a better understanding about China but also deepened their friendship with the Chinese community.

For Nazar and Samandar, both from Tajikistan, they say when they first arrived on campus and told their Chinese classmates that they are from Tajikistan, "a lot of them had no idea where it is." In turn, the pair did not know much about China beyond Jackie Chan and Jet Li.

It was only until they started to learn Chinese at the Confucius Institute and became graduate students in China that they began to learn more about the rich history of the world's most populous country.

"We both applied for scholarships to study at a graduate school in China," Samandar said. "We ended up in a three-year program here on international relations. I gave myself a Chinese name called He Ping as it means peace in Chinese. I like it because it also fits with my personality."

Nazar's Chinese name is Li Xianjun: "I really like the concept of junzi (君子）in traditional Chinese philosophy. Being a decent person precedes being a good father and a good citizen."

Both Nazar and Samandar have studied Chinese for years. Their fluency means that they mingle well with their Chinese classmates. One way they have also deepened friendships is through football.

One of their friend Liu Hao said they had been playing together for half a semester.

"They are very good at football," Lui said, "and they are both very outgoing and modest people."

Another classmate Wang Xiangyu added, "They teach us about Tajikistan culture. For example, their biggest festival Navruz, their language and political system."

Asked about their future goals, both of them said they want to become diplomats and take advantage of the booming bilateral relations and applying what they've learned here to their home country.

"Many Chinese companies have set up factories in my country. We also import a lot of goods from China like clothing. Tajikistan has rich natural resources like gold and minerals, yet we lack production capabilities and high technology. That, in my opinion, is something we need to learn from China," said Samandar.

Just like Nazar and Samandar have deepened their relations with other Chinese students in college, the two countries are also strengthening exchanges and cooperation with each other.  As Chinese President Xi Jinping says, countries of the Shanghai Cooperation Organization should continue to increase understanding between their peoples and foster enduring friendships.