CULTURE Take a weight off: Tears, joy as kilo gets historic update

Take a weight off: Tears, joy as kilo gets historic update 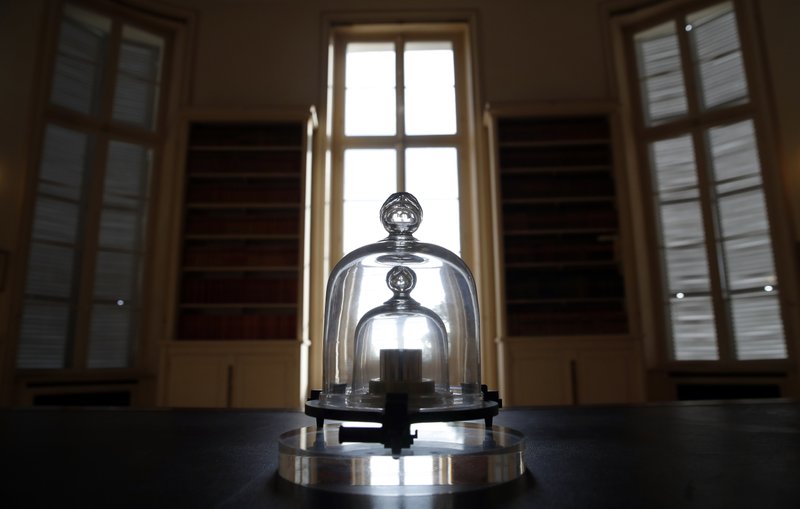 In a historic vote, more than 50 nations unanimously approved an overhaul of the international measurement system that underpins global trade and other human endeavors, uniting Friday behind new definitions for the kilogram and other units in a way they fail to do on many other issues.

Scientists, for whom the update represented decades of work, clapped, cheered and even wept as delegates gathered in Versailles one by one said “yes” or “oui” to the change, hailed as a revolution in how humanity measures and quantifies its world.

The redefinition of the kilogram, the globally approved unit of mass, was the mostly hotly anticipated change. For more than a century, the kilogram has been defined as the mass of a cylinder of platinum-iridium alloy kept in a high-security vault in France. That artefact, nicknamed “Le Grand K,” has been the world’s sole true kilogram since 1889 .

Now, with the vote, the kilogram and all of the other main measurement units will be defined using numerical values that fit handily onto a wallet card. Those numbers were read to the national delegates before they voted. The update will take effect May 20.

Scientists at the meeting were giddy with excitement: some even sported tattoos on their forearms that celebrated the science.

Nobel prize winner William Phillips called the update “the greatest revolution in measurement since the French revolution,” which ushered in the metric system of meters and kilograms.

The Grand K and its six official copies, kept together in the same safe on the outskirts of Paris and collectively known as the “heir and the spares,” will be retired but not forgotten. Scientists want to keep studying them to see whether their masses change over time.

The update will have no discernable impact for most people. Bathroom scales won’t suddenly get kinder and kilos and grams won’t change in supermarkets.

But the new formula-based definition for the kilogram will have multiple advantages over the precision-crafted metal lump that set the standard from the 19th century to the 21st, through periods of stunning human achievement and stunning follies, including two world wars.

Unlike a physical object, the formula for the kilo, now also known as “the electric kilo,” cannot pick up particles of dust, decay with time or be dropped and damaged, but will be easier to share.

“If we stay where we are, and someone did accidentally drop the kilogram or if there was a contamination that we couldn’t control, then the whole system has got no head. We’re in chaos,” said Barry Inglis, a scientist from Australia. “That’s the thing that’s really been worrying us, I think, for maybe 15 years or more is just how vulnerable the system is, by depending just on that one little piece of platinum-iridium.”

The redefined kilo is expected to allow for more accurate measurements of very, very small or very, very large masses and help usher in innovations in science, industry, climate study and other fields. In humankind’s efforts to quantify and understand the world, stretching back centuries to when ancient Babylonians measured mass with stones, the vote marked a major milestone, scientists agreed.

“Those units, those constants chosen now, include everything we know, everything we have always known and provide that springboard for us to go pursue those things that we don’t know,” said Jon Pratt of the U.S. National Institute of Standards and Technology. He said Friday’s gathering “was just leaving me in a puddle of tears.”

Updated definitions for the ampere, kelvin and mole also were approved Friday.

Humanity uses seven main measurements units: the meter for length, the kilogram for mass, the second for time, the ampere for electric current, the kelvin for temperature, the mole for the amount of a substance and the candela for luminous intensity.

Of the seven, the kilo was the last still based on a physical artefact, Le Grand K. With time, as the science behind the new kilo definition becomes more accessible and affordable, the update should also mean that countries won’t have to send their own kilograms back to France to be checked occasionally against Le Grand K, as they have done until now, to see whether their mass was still accurate.

“We future-proofed the system,” said Martin Milton, director of the International Bureau of Weights and Measures.

The bureau is the guardian of the system, as well as of Le Grand K and its copies, which are stored in a vault that requires three keys, kept by three different people, to unlock. Very rarely have they seen the light of day.

“We put in place a system that doesn’t depend on something that is 140 years old,” Milton said.