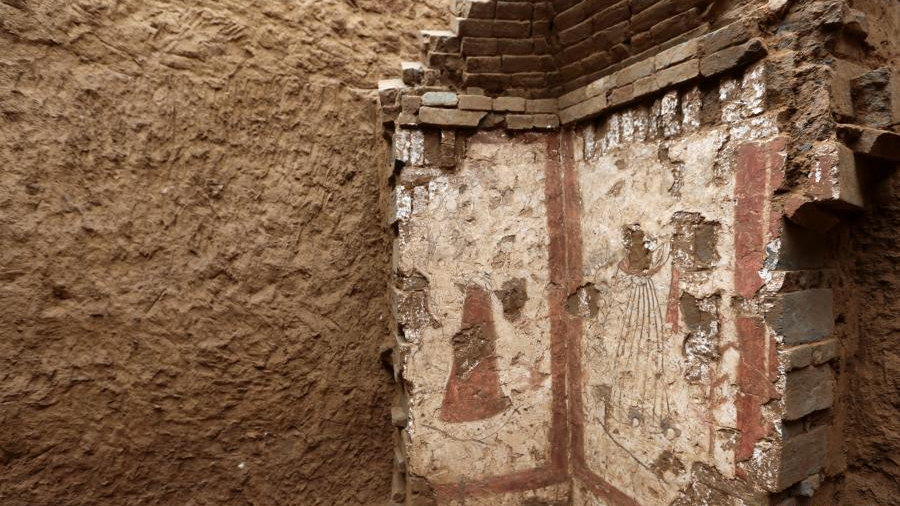 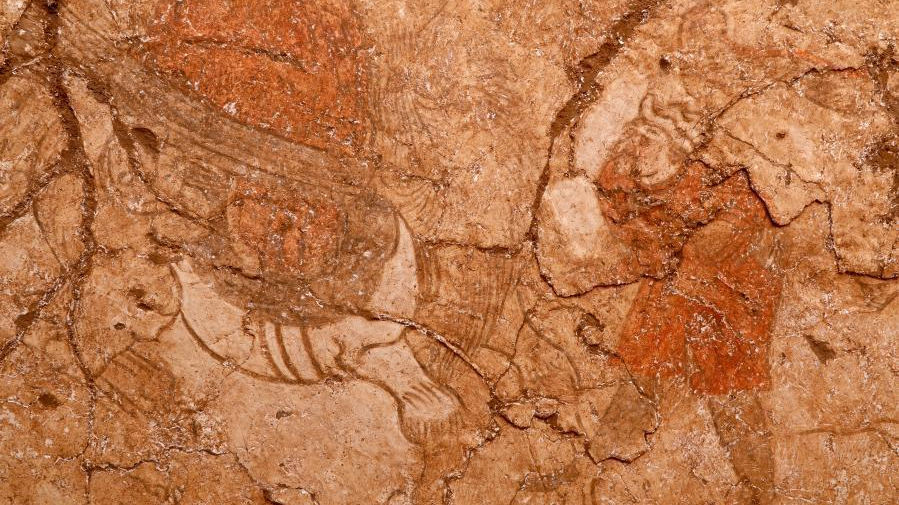 The delicate paintings contain scenes of huren, tribesmen from the north, training horses and leading camels. They were found last month in Buli Village, some 40 km from the provincial capital Xi'an, according to the Shaanxi Academy of Archaeology.

A horse-taming huren painted on one of the tombs is believed to be related to the life of the tomb's owner, who was an official in charge of horses in the early Tang Dynasty according to the epitaph, said Li Ming, a researcher with the academy.

Li said that images of horses and hounds are very rare for tomb murals in the Tang Dynasty period, noting that the vivid humans and animals depicted are well preserved.

A mural depicting a scene of music and dance in the second tomb, owned by a royal couple, is in the typical style of the golden age of the Tang Dynasty.

The discovery of the two tombs has provided new materials for the study of murals and social customs at the time, Li added.