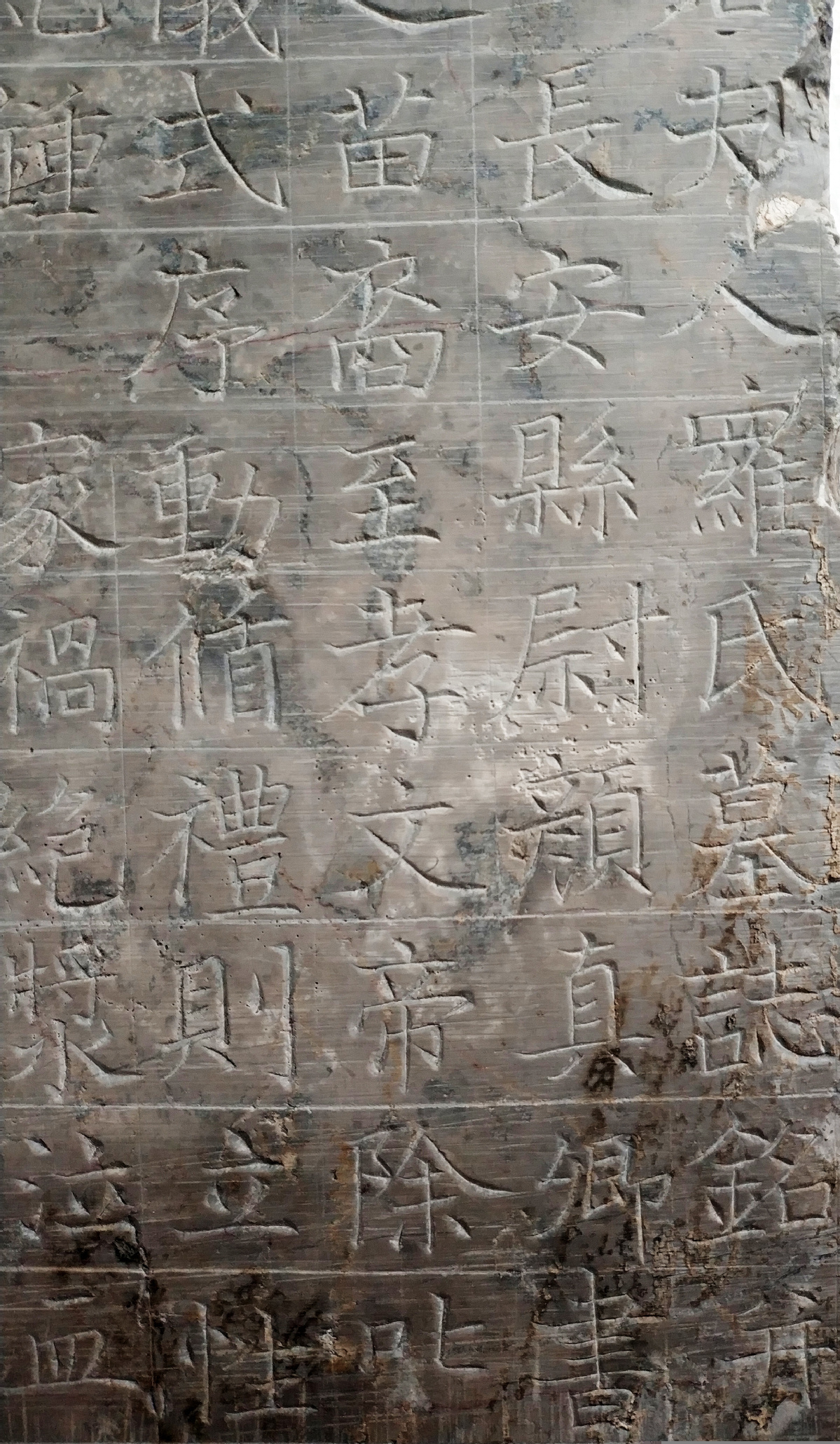 Example of calligraphy master Yan Zhenqing's early work that was found in an epitaph.(Photo: China Daily)

The early work of an iconic calligraphy master of the Tang Dynasty (618-907) was found for the first time in an archaeological excavation, according to an announcement at a Friday news conference in Xi'an, capital of Shaanxi province.

An epitaph from an unearthed tomb in the Xixian New Area, on the city's outskirts, was written by Yan Zhenqing (709-784), according to the name inscribed on the stele.

Yan is considered to have been one of the most important calligraphers in Chinese fine art history. His regular script, commonly known as Yan Script, attracted many imitators in later times.

Since June, over 100 tombs from both Han (202 BC-220 AD) and Tang dynasties have been discovered in an area reserved for the upcoming construction of government buildings, according to Xu Weihong, a researcher with the Shaanxi Provincial Institute of Archaeology, also the leading archaeologist on the site.

The epitaph with Yan's calligraphy belongs to a woman and was part of a graveyard of a family of nobles. The woman, named Luo Wanshun, died in 746, according to the epitaph. She was the wife of Yuan Daqian, a 7th-generation grandson of a prince of the Northern Wei Dynasty (386-534) and a military commander.

"It is consistent with the time-line of Yan's life in historical recordings," Xu said. "We can thus have a better understanding of him and his calligraphic works."

As a politician and military general, Yan also gained fame for loyalty and bravery. During the chaotic An Shi Rebellion from 755 to 763, which led to the decline of the mighty Tang Dynasty from the apex of national power, he organized people to fight against the rebels and later became a minister-level official. He was killed during another rebellion after refusing to surrender.

Chen Genyuan, a researcher with Xi'an Beilin Museum, known for its carved stone relics, said Yan is considered to have been an outstanding mix of admirable personal traits and extraordinary achievements in fine art, adding that cannot be said for some other famous calligraphers in ancient China.

"We admire beauty, but we also admire righteousness, which is also highlighted in Chinese calligraphy," Chen said.

"Yan's newly unearthed early work shows elegance that will provide a crucial reference to see his evolving calligraphic styles," he added. "We will be able to know how his art reached its peak during the later years, when it was famed for its grand aura and strength.

"For Chinese calligraphy, he was the top master following Wang Xizhi," Chen said, referring to the 4th-century artistic guru, but none of Wang's original work has come to light.

Chang'an was capital of the Tang Dynasty, and many tombs of royals, nobles and celebrities can be found around the city.

The newly found tombs have great value for scholars, apart from calligraphy. Over 100 relics, including coins, figurines and jars, were found at the gravesite of Yuan and Luo, which was 35.8 meters long and 9.5 meters deep, but no human remains were found in the tomb's chamber.

Xu said studies of the epitaphs and historical files showed that Yuan's family had close connections with royals and a family member became an in-law of Li Longji－Emperor Xuanzong of the Tang Dynasty. The couple's epitaphs were drafted by the emperor's nephew.

"The discovery also enriches our knowledge of nobles' graves around Chang'an and provides new information on the Tang royals' literary work," Xu said.