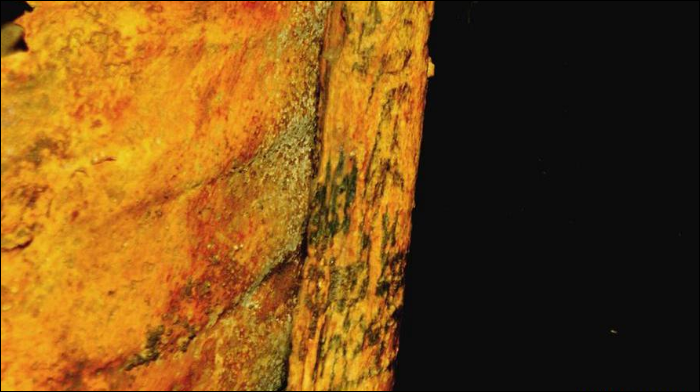 This undated photo provided by the Egyptian Ministry of Antiquities shows tattoos on a mummy in Luxor, Egypt. (Photo: Xinhua)

A French archeological mission discovered several tattoos on a 3,000-year-old mummy in Upper Egypt's monument-rich city of Luxor, the Egyptian Ministry of Antiquities said in a statement on Wednesday.

The studies, conducted by the mission of the Cairo-based French Institute of Eastern Archeology on a female mummy discovered in 2014, showed several figurative tattoos on her neck, back, shoulders and arms, said Mostafa Waziri, head of Egypt's Supreme Council of Antiquities.

According to the research, the ancient woman lived between 1,300 B.C. and 1,070 B.C., and died between 25 and 34 years old.Despite being unidentified, the woman must have been important considering the variety of tattoo figures on her body, including lotus flowers, cows and baboons, Waziri noted.

In March, experts at the British Museum found the world's oldest figurative tattoos on two ancient Egyptian mummies displayed among the museum's collection.