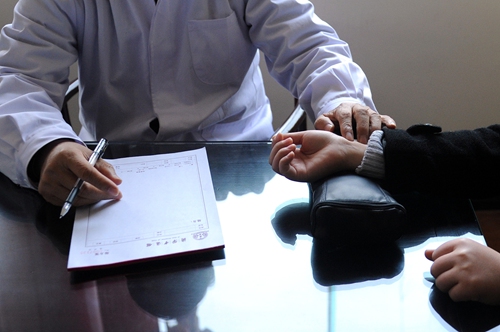 Graduates from China's eight universities specializing in traditional Chinese medicine (TCM) are worried that their diplomas have not been recognized any more after their alma maters were removed from the World Directory of Medical Schools.

Alumni from these universities have been disqualified from attending the US Medical Licensing Examination because they were no longer treated as medical college graduates but as TCM graduates, a doctor in South China's Guangdong Province under the condition of anonymity told the Global Times on Sunday.

Alumni associations of the Beijing University of Chinese Medicine and Shanghai University of Traditional Chinese Medicine, which are included in the eight colleges, published statements, saying that they are trying hard to reenter the directory as the removal "affects the school's international image and recognition degree seriously."

The Ministry of Education told thepaper.cn on Monday that TCM universities are important parts of China's medical colleges and universities and TCM graduates have the qualifications to attend medical licensing examinations according to the related law. Such a fact cannot be changed just as they were removed from a directory managed by a non-govermental organization.

The eight universities could not be found in the list of the World Directory of Medical Schools (WDOMS) since November 1, according to reports on Chinese social media over the weekend.

The Global Times searched for the universities' names on the website of the WDOMS on Sunday and no search results showed.

The WDOMS is one of the world directories of the World Health Organization. It is of high authority and is a vital channel for US universities to verify the qualifications of foreign medical students, according to media reports.

According to screenshots of a reply of the WDOMS, the removal is because the eight schools do not provide "a complete or full program" that is necessary for students to apply for a license to practice as a medical doctor or physician.

The reply noted that the evaluation of these universities is according to the Chinese Working Committee for the Accreditation of Medical Education, which is under the Ministry of Education and is responsible to check if medical schools have qualifications to run clinical medical majors in China.

Some Chinese netizens worry that the reputation of TCM, whose effectiveness and theory have been controversial for a long time, will be affected.

"TCM might not be considered as sciences and few foreign students will apply to our universities," one commented.

"It's difficult to evaluate traditional medicines, not only for China," Cui Yongqiang, a chief physician at the Guang'anmen Hospital of the Chinese Academy of Chinese Medical Sciences in Beijing, told the Global Times on Sunday.

There should be the continued development of TCMs to prove their effectiveness, he said.