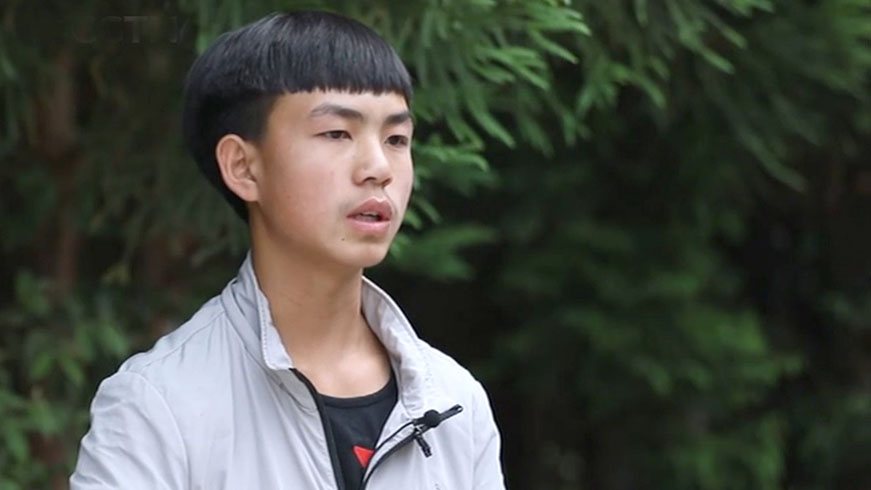 A 17-year-old amputee student from China's Luoping County, Yunnan Province has touched the hearts of the nation after he insisted on completing a 1,000m run on his crutches during a PE exam. Gao was previously exempted from the test, and would be given a pass mark, but the teen said he had wanted to earn a better score.

"If I chose to be exempted from the test, I could have gotten half the mark, but that would not be what I earned, so I wanted to prove that I could do it myself," Gao said in an interview with CCTV.

The test was part of Luoping County's high-school entrance examination, and Gao propelled himself forward with his crutches as the other students run past him. The youngster fell behind but he continued on, and his classmates were all touched as they cheered him on.

"Everyone was so excited, we all cheered him on telling him to keep going and don't give up. A lot of the students and teachers cried that day," Wang Qiaogang, headmaster of Majie Town Middle School told CCTV.

Gao finished in 4 minutes, 36 seconds, which equaled 9 points out of 20, one point less than what he would've gotten had he chosen to be exempted. Gao also took part in all other tests including pull-ups, rope skipping, and volleyball to finish with an overall score of 39 points out of 50.

The youngster was injured in an accident when he was seven, and his right leg was removed because of poor medical treatment at the time as his family suffered from poverty. He is the youngest among four in his family and lives with his father in Luoping, while his siblings are away working in east China's Zheijiang Province.