CULTURE Telling a story through a shutterbug's lens

Telling a story through a shutterbug's lens

At the 2018 Shanghai International Photography Festival, currently being held at the China Art Museum, there are six photos on display of the Zhujiajiao watertown from two decades ago. 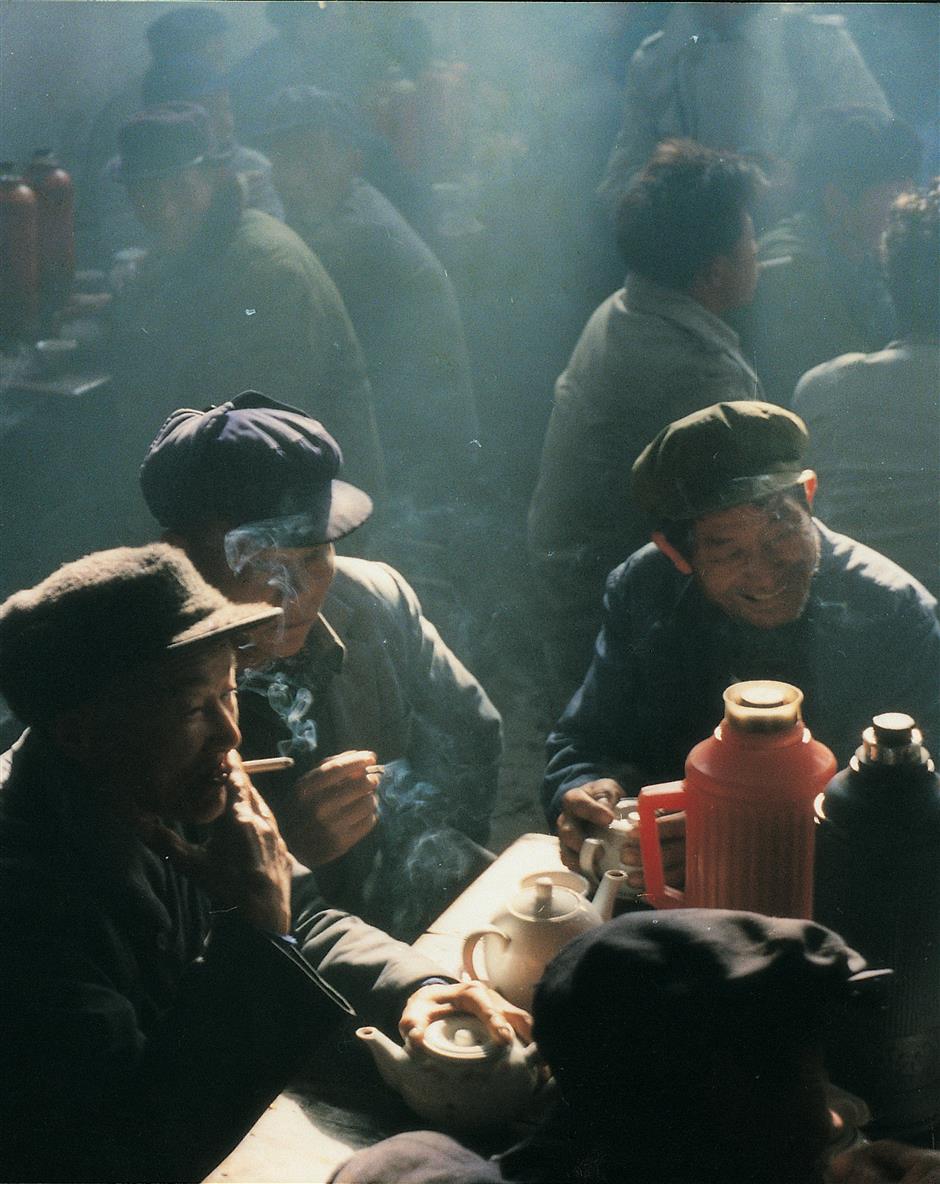 “Tea Room”by Chinese photographer Qu Guansong, taken respectively in 1987, is among his representative Zhujiajiao series. Six photos of this collection are on display at the 2018 Shanghai International Photography Festival. (Photos: Shine.cn)

The photographer who took the snaps, Qu Guansong, is the only Chinese shutterbug that has been selected twice in a row by the Invitational Exhibition of the festival.

The watertown in Shanghai’s Qingpu District serves as the inspiration and model in Qu’s decade-long career. Many of his acclaimed photos depicting Zhujiajiao, witnessing the influence of urbanization.

“If we compare the photos of the town taken decades ago with photos taken recently, it’s obvious that today’s town lacks something,” said the 66-year-old Zhujiajiao native. “The rich culture and tradition that have been passed down for generations are missing.

“The ancient town has developed its ecological system over hundreds of years. Even buildings in the area have their own meanings. But the city has demolished many sites to make place for urban development, which is a pity.”

Qu is a member of the National Committee of the Chinese People’s Political Consultative Conference, on a mission to save the old buildings and give funds to historical preservation.

He is working on a project to capture the scenery of Zhujiajiao in four seasons and break the traditional impression people have about ancient towns by adding modern elements to the pictures. The juxtaposition between two series of photos will make fascinating viewing.

Some people communicate with words, others with their actions. Qu expresses his idea thorough photos.

The difference between a good photo and a beautiful snap is whether the picture communicates a story.

As a professional photographer, Qu also uses his lens to tell a story. 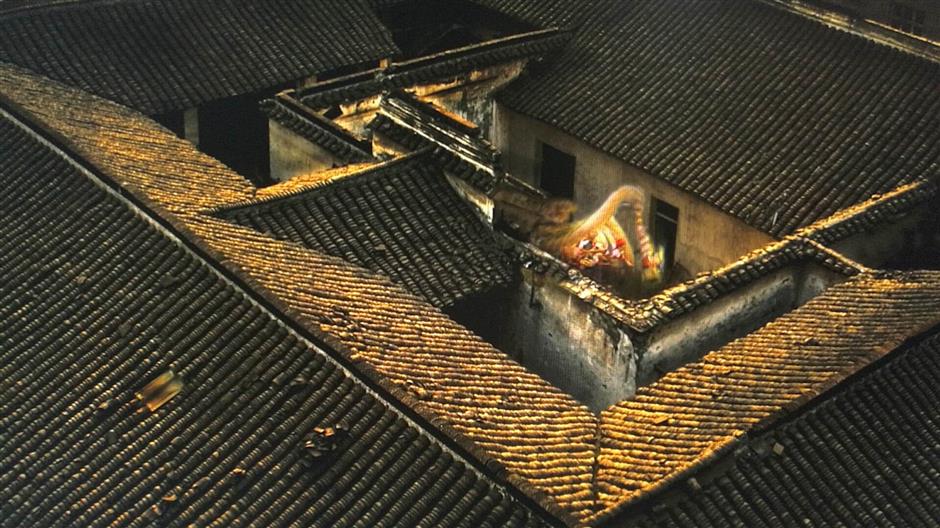 A photo by Qu Guansong taken in Zhujiajiao, featuring a local residence built in 1934 by an Indonesian merchant family.

The first time he went in Hoh Xil Nature Reserve in Qinghai Province with basic travel equipment, he almost died from emphysema.

Nevertheless, Qu did return to the beautiful and dangerous Hoh Xil a couple more times in his career, sometimes losing touch with his family for weeks.

Qu’s wife often had to go to his office and ask his director of his whereabouts and whether he was safe.

“I have to go back there because the scenery is different in each season,” he said. “Photographers rarely just go to a place once and get all the photos they need.

“This is where I feel I don’t take up my responsibilities at home. I let people that love me worry about me. But they understand that this is who I am, and they support me greatly.”

He spends about two months at home every year and travels around the world in the rest of time. Qu is heading off to the South Pole on Chinese New Year’s Day next year, a place he plans to visit more than once.

He’s traveled to Kenya and Europe but his favorite spot is in the Tibet Autonomous Region, where he went three times last year.

The snapper likes listening to K-pop or rap while driving on the risky and breathtaking mountain road.

“It makes you feel the connection with nature, wildness and freedom,” explained Qu. “Stuck in the city for all of my life, it’s refreshing.”

Qu revealed a talent for art at an early stage of his life. But his parents forbid him to learn art in the hope that he would perform well on an academic level. 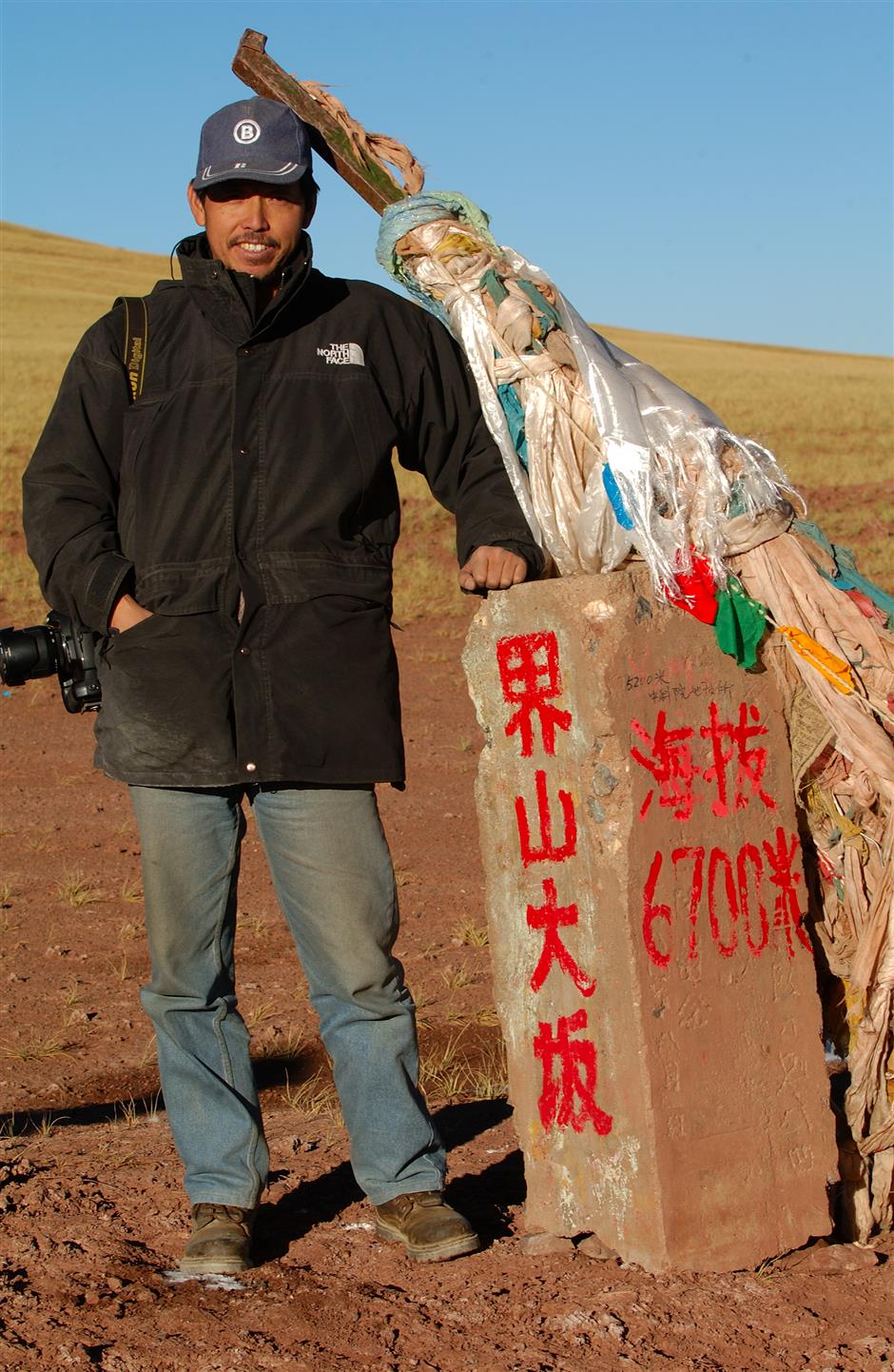 He often had to hide his art tools under a brick beneath his chair. When he was in secondary school, his teacher taught him how to use DIY cameras.

They used empty cosmetic boxes, reading glasses and pieces from a sewing machine to build cameras from scratch. It was when Qu first became interested in photography and it eventually led him to take up the profession.

As he embarks on a new chapter in his career, his decades of experience as a photographic journalist provided obstacles. Despite that Qu works hard on breaking down the boundaries.

Human impact on the environment has always been a concern of Qu, and he is trying to express that concern through the lens.

Earlier this year, Qu brought five models to Lop Nur in the Xinjiang Uygur Autonomous Region, where the former salt lake has now dried up. The theme of the series is to reflect on the relationship between humanity and nature. He asked his models to show the feeling of longing and respect for nature.

The biggest challenge was the weather and lack of water. The crew couldn’t brush their teeth or take showers for days. A few models dropped out in the middle of the journey because the condition were too hard to bear.

“There is only so much influence I have or things that I can do. But by spreading the ideas, it might influence other people and they can make real changes,” he said.

Cover image: Chinese shutterbug Qu Guansong at Jieshan Daban in 2002, which is on the border of the autonomous regions of Xinjiang Uygur and Tibet.