Chinese fans of Game of Thrones took to the internet to vent their anger, when Tencent Video, which has the exclusive broadcast right to the show in Chinese mainland, announced on Monday the delay of the finale, an hour before the designated time. 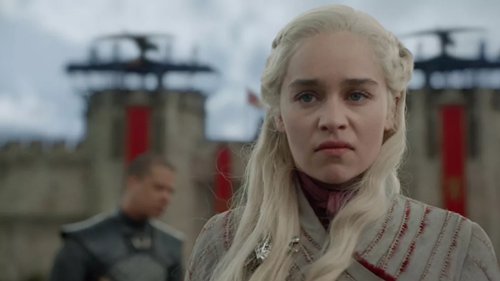 "This move is just cheesy. I prolonged my membership to the website for two more months just to see the finale on time. And them 'boom!'" one Sina Weibo user complained.

The last episode was originally scheduled to air at 9 am on Monday Beijing time. But Tencent announced on Sina Weibo that the airing was delayed due to problems with media transfer. "We will make another announcement of the broadcast time."

Tencent's explanation did little to satisfy anxious fans of the long running series. "So, China's top internet company tells users that it has bad internet?" said one netizen. Some even suspected its motive was to attract more paid members.

Tencent declined to provide more information about the delay in an email interview with the Global Times on Monday.

Many eager fans aren't waiting for Tencent to release the episode. Some turned to cloud service platforms and other channels that share clips of the show.

According to a survey on Sina Weibo, only 35 out of 887 respondents said they are willing to wait for Tencent to release the last episode. The first five episodes have been viewed 430 million times in China, according to Tencent.

The show's final episodes have drawn the ire of Chinese fans, who say the script has been sloppy and the plot is inconsistent.

The show's rating on Douban, a Chinese film and TV review platform, slipped from the first season's 9.7 to 8.1 for the last season.

"Easy people! I think Tencent is sparing the audience the pain of watching a lousy finale, so it suspended the airing," one Sina Weibo user joked.