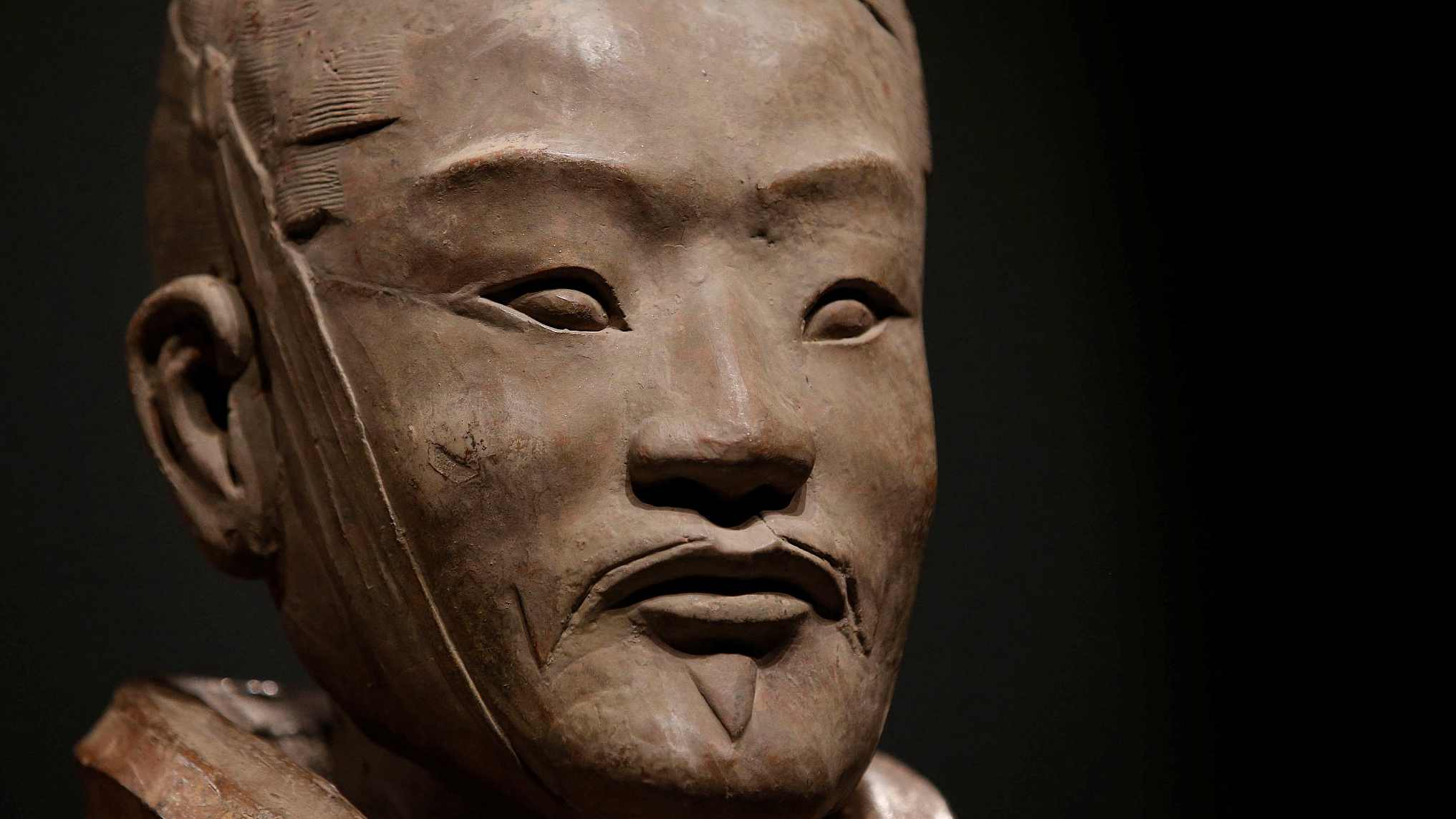 A detailed face of a Terracotta Warrior on loan from China in The World Museum, Liverpool, Britain, February 2018. (Photo: VCG)

The Terracotta Warriors tops the most popular exhibitions at the National Museums Liverpool, bringing in almost 80 million pounds (103.1 million dollars) to the Liverpool City Region's economy throughout its run, announced the exhibitor.

The exhibition has been part of a program of cultural excellence across the city of Liverpool in 2018 which has included the Biennial, Tate Liverpool's 30th birthday and public celebrations through the Liverpool 2018 initiative to celebrate 10 years since the city was declared European Capital of Culture.

As the exhibition, China's First Emperor and the Terracotta Warriors, draws to a close this Sunday, the latest figures show that more than 600,000 people come to see the warriors in Liverpool since it opened just over eight months ago on February 9, 2018, which far exceeds expectations of around half a million visitors.

That figure includes more than 20,000 school children on educational visits and an incredible 97,000 visitors on group tours.

Sir David Henshaw, Chairman, National Museums Liverpool said: "We are thrilled that so many people have been able to see and enjoy the Terracotta Warriors here in Liverpool."

"More than three quarters of visitors told us that our Terracotta Warriors exhibition was the main reason for their visit to Liverpool. We are delighted to have made such a significant contribution to the visitor economy of the Liverpool City Region," he added, describing it as a "once-in-a-lifetime experience" for visitors to view the exhibition.

An estimated 36 percent of visitors to National Museums Liverpool venues are on staying visits from outside the city region. Using this data, National Museums Liverpool estimates the Terracotta Warriors exhibition has driven around 208,220 staying visits to Liverpool throughout the exhibition from February to October 2018, and a wider contribution to the local economy of over 78 million pounds.