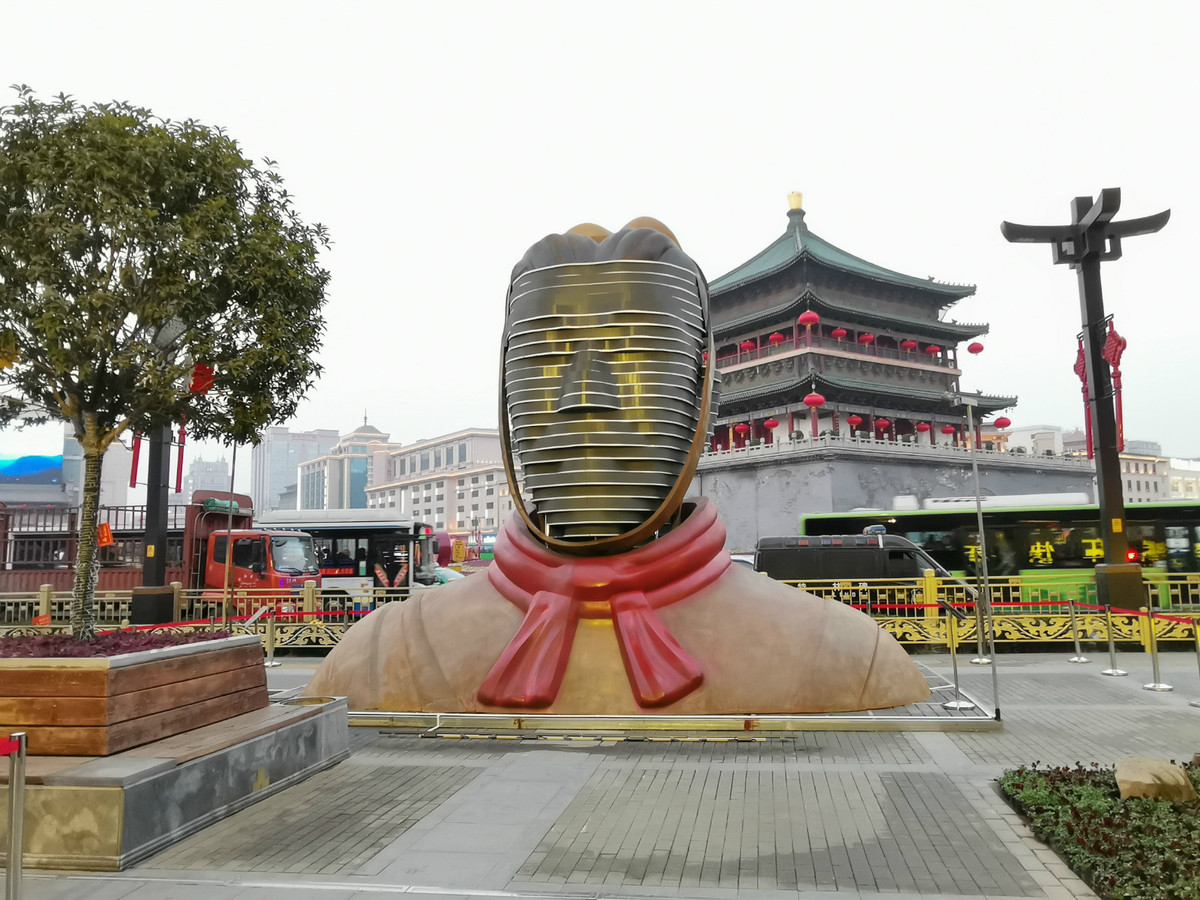 A giant bust of a Terracotta warrior is seen in front of the Bell Tower, one of Xi'an's iconic scenic spots. (Photo: China Daily)

A giant terracotta warrior that displayed the faces of passersby on a street in Xi'an, Northwest China's Shaanxi province and stirred some controversy ahead of the coming Spring Festival was removed on Tuesday.

The terracotta warrior, in front of the Bell Tower — one of Xi'an's iconic scenic spots, appeared on Friday, with a sign reading, "Welcome to Beilin district", beneath it. What intrigued people most was its constantly changing face.

The interactive device, using 3D modeling technology, only took about 10 seconds to capture a person's face to the terracotta warrior, and it remains there for three minutes, the department said.

The photos of the faces went viral online on Tuesday, with many netizens saying that the faces looked so weird that the decoration ended up being scary.