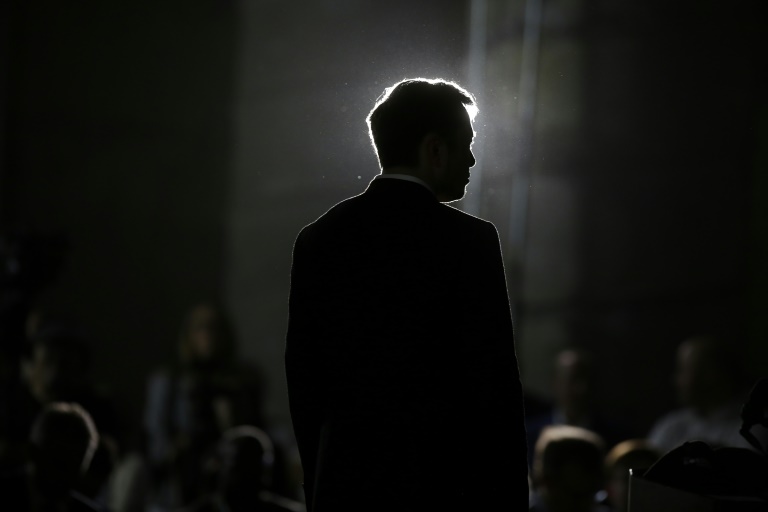 Elon Musk choked up at times during the interview with the New York Times. (Photo: AFP)

Tesla shares fell hard Friday after chief executive Elon Musk's comments about his struggles with exhaustion as he works to ramp up production for the electric automaker and a lengthy but unsuccessful effort to find a number two executive.

In late morning trade, Tesla shares skidded 7.8 percent to $309.36 following the release of the wide-ranging interview in The New York Times.

Musk opened up to the newspaper about the personal toll he says he has endured, working marathon hours trying to ensure that production deadlines are met.

"This past year has been the most difficult and painful year of my career. It was excruciating."

Musk also revealed he needed to take prescription medication to sleep during the latest ordeals, and disclosed he had approached Facebook's chief operating officer Sheryl Sandberg about becoming his number two at Tesla.

The brash South African-born entrepreneur also sought to explain his tweet earlier this month about taking Tesla private, which has drawn scrutiny from regulators.

He explained that the August 7 tweet claiming assurance that funding for going private was secured was an attempt to be transparent, even though it surprised his own board and provoked questions from analysts about whether it violated stock market regulations.

He and other board members are preparing to meet with Securities and Exchange Commission officials as early as next week, the Times said.

Musk acknowledged that no one read his Twitter post before he sent it, but said he did not regret it.

Musk, who envisions sending tourists to the Moon with his private firm SpaceX and has unveiled ambitious plans for high-speed trains and other projects, is recognized as one of the most influential innovators in the United States.

But he has appeared to fray under the pressure in recent months.

"Part of the issue from my perspective is focus," said Roger Kay, an analyst and consultant with Endpoint Technologies Associates.

"He is one guy and he has multiple companies. Any one of those requires the full attention of the CEO."

Kay said the comments on his personal issues "is not going to get him any sympathy" but added: "It's not a question of whether he is likable, what matters is whether he can function."

The analyst noted that "there isn't anyone currently who can pick up the slack for him (as a number two). But he needs to get that person in place pretty quick."

Art Hogan, chief market strategist for B. Riley FBR, said the interview "did not improve the image of the company or the CEO," while adding to uncertainty about Tesla's future.

"If we say we simply remove Elon Musk from the situation, I don't know if that does much good. I don’t know what the bench looks like behind him," Hogan said.

Tesla produced only slightly more than 100,000 vehicles last year and the company has been struggling to boost production of its Model 3, which is less expensive than its first models and could help expand Tesla's base.

On the physical toll his job is taking, Musk said: "It's not been great, actually. I've had friends come by who are really concerned." 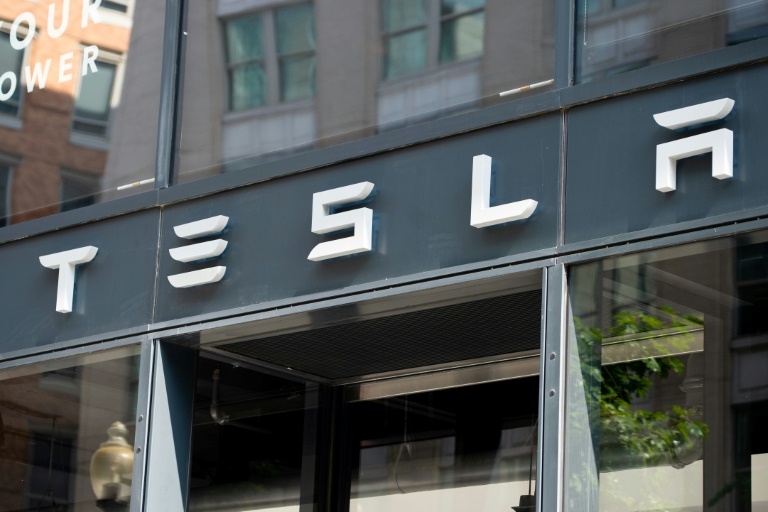 Tesla could become a private company and delist from the stock market under a proposal from CEO Elon Musk, which would take the company out of the spotlight but also limit its ability to raise capital. (Photo: AFP)

He described spending every hour of his 47th birthday in June at work and almost missing his brother's wedding.

On Monday, Musk explained in a blog post that his much scrutinized statements about financing were based on his conversations with Saudi Arabia's sovereign wealth fund and other investors.

If delisted, Tesla could operate without requirements for financial reports and other pressures of a publicly traded firm. But it could also lose visibility and limit its ability to raise capital.

Musk told the Times that board members had not complained to him about his tweet.

But the paper said he later told them through a spokesperson that Antonio Gracias, Tesla's lead independent director, had in fact contacted him to discuss the Twitter post.

Musk added he had agreed not to tweet again about taking the firm private unless he had discussed it with the board.

The tycoon has caused controversy by turning to his Twitter following of more than 22 million to vent frustrations in recent months.

In one bizarre moment in July, Musk labeled a British caver a "pedo" -- or pedophile -- after the rescuer dismissed the Tesla chief's idea for bringing 12 trapped Thai boys to safety in a miniature submarine.