MADRID, Oct. 21 (Xinhua) -- FC Barcelona striker Leo Messi looks certain to miss next weekend's 'Clasico' as his side entertain Real Madrid after tests late on Saturday night confirmed he has suffered a fracture in the radial bone of his right arm. 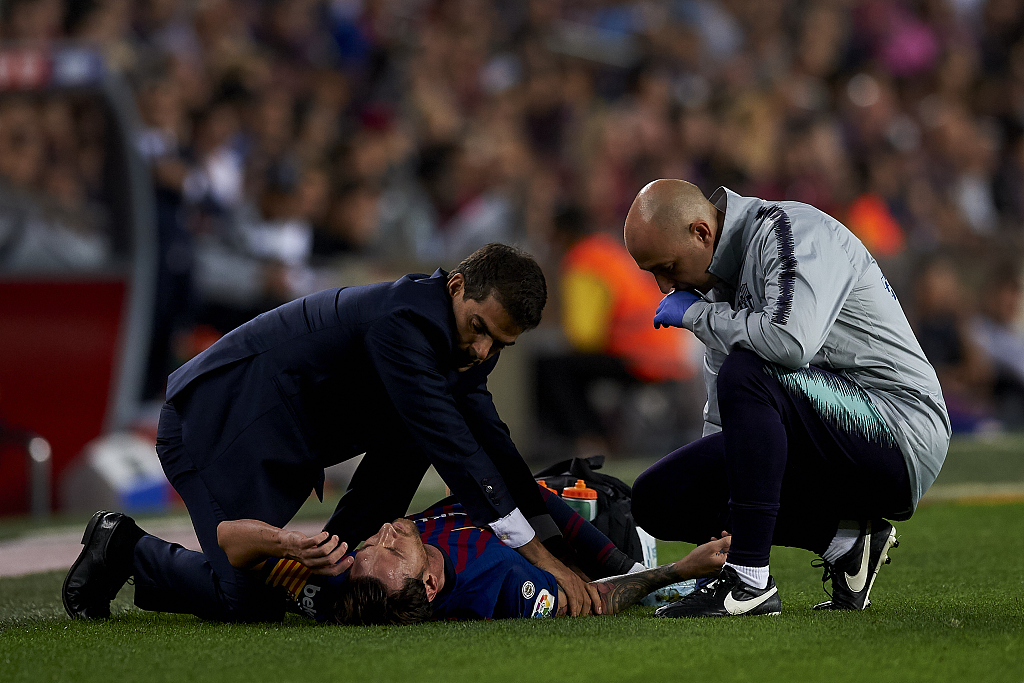 Lionel Messi lies injured on the pitch during the week 9 of La Liga match between FC Barcelona and Sevilla FC at Camp Nou Stadium in Barcelona, Spain on October 20, 2018. (Photo: VCG)

Messi had to be substituted midway through the first half of his side's 4-2 win at home to Sevilla after providing an assist and scoring a goal, before falling badly on his arm.

He left the pitch in obvious pain and was taken for tests which have confirmed the extent of his injury and that he will miss what is arguably the most important game of the season.

The Barca website confirmed he has broken the "radial bone in his right arm. He will be out for approximately three weeks."

That means he will not only miss next Sunday's game against Real Madrid, who are in crisis after losing to Levante on Saturday, but also two Champions League games against Inter Milan and Liga Santander matches against Rayo Vallecano and Betis, with the aim of him recovering when Barca take on Atletico Madrid on November 24th.