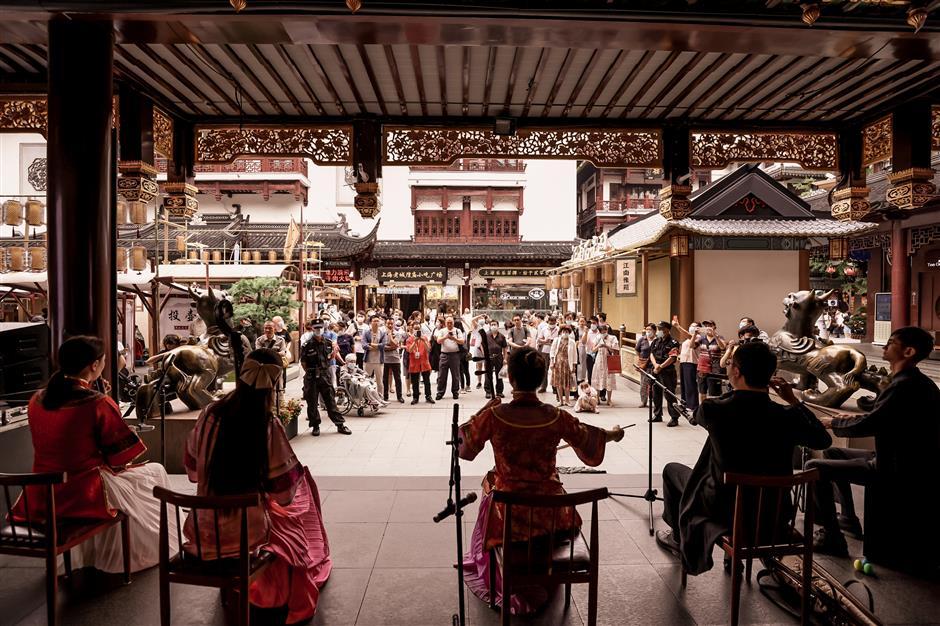 A bazaar themed on the 24 Solar Terms has been launched at the Yuyuan Garden Malls to promote traditional culture while boosting consumption amid the pandemic.

The first Summer Jiangnan Camp at the malls will run through to the end of August inviting tourists and citizens to play various traditional games, learn heritage skills and visit time-honored stores.

In cooperation with the popular mobile game "A Hundred Scenes of Jiangnan," or the region in the lower reaches of the Yangtze River, the camp has released tour routes along the seven key attractions at the malls.

They include the 238-year-old Tonghanchun TCM pharmacy, the Mid-Lake Pavilion, Wenchang Street and the Yuyuan Department Store in the six-story Tianyu Mansion on Jiujiaochang Road – a former military drill site during the Ming Dynasty (1368-1644).

Visitors are invited to play traditional games such as touhu, or arrow throwing, or ring toss. Performers in traditional hanfu clothing will parade across the malls and interact with visitors. Their traditional clothing styles will be adjusted according to the solar terms and traditional festivals. Citizens and tourists are also encouraged to dress in hanfu to better experience the historical atmosphere.

The malls, the dining and shopping facilities near the historic garden, originated from a prosperous market of the City God Temple some 140 years ago. 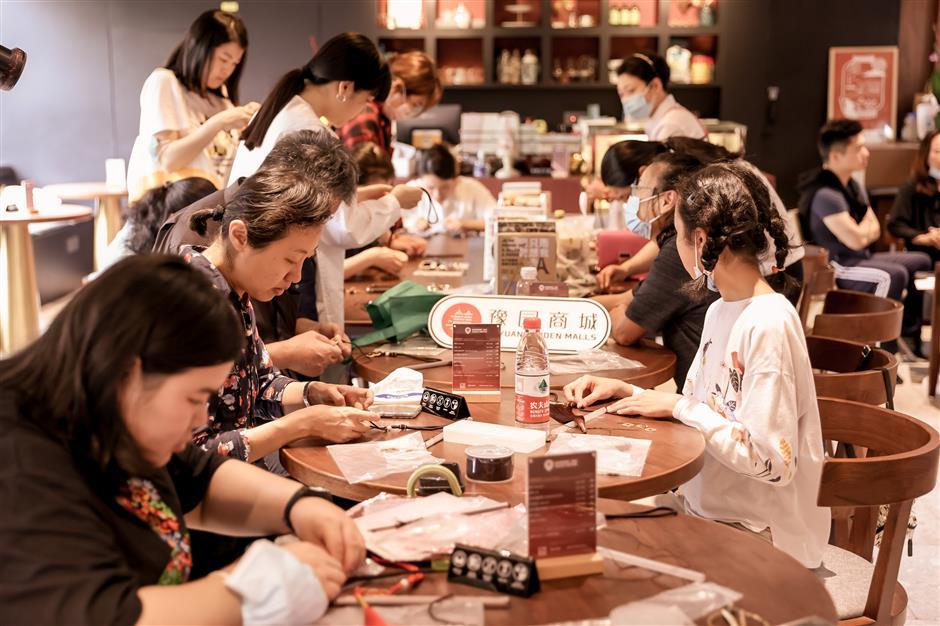 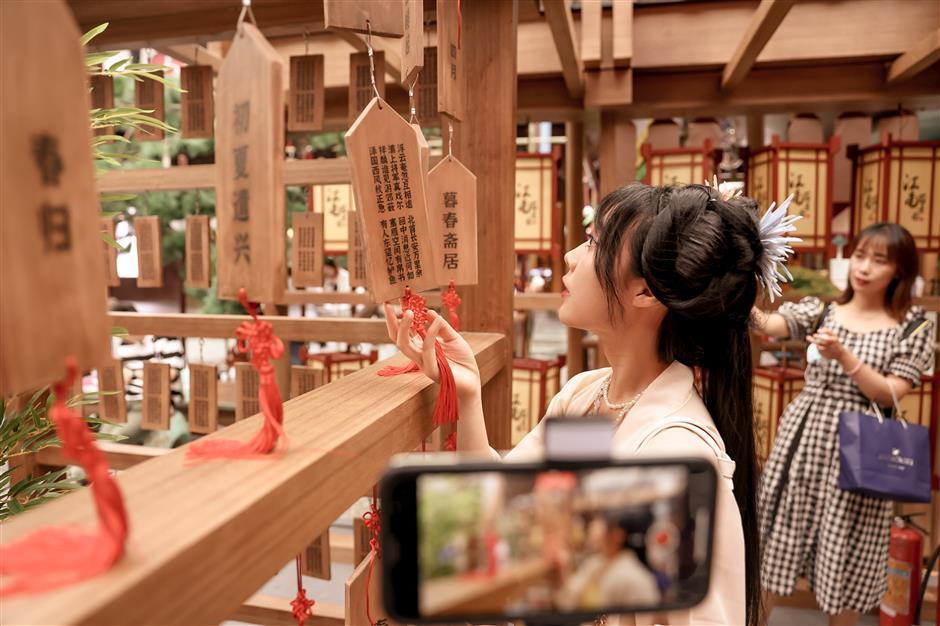 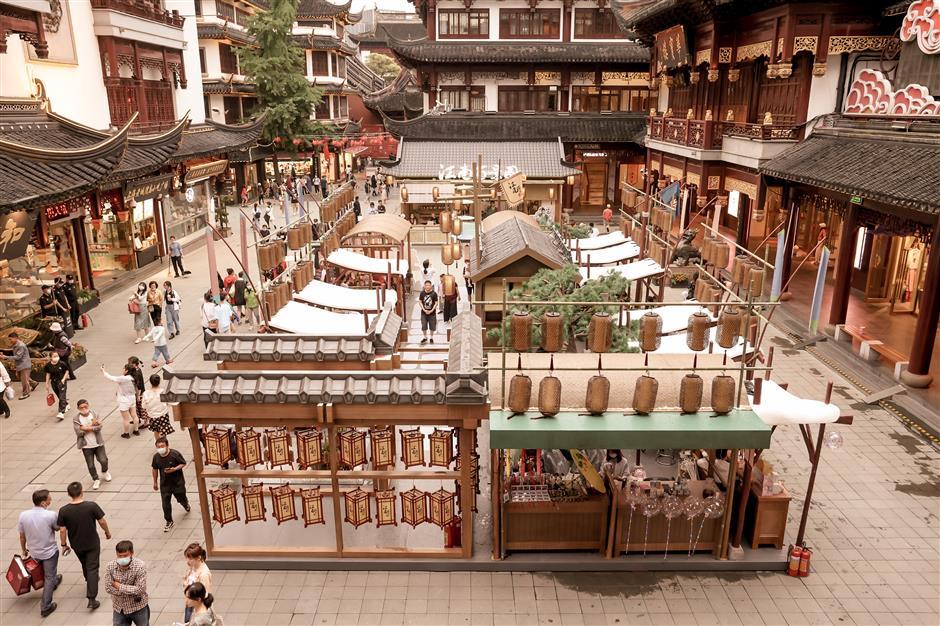 A bazaar restores the scene from the mobile game "A Hundred Scenes of Jiangnan." 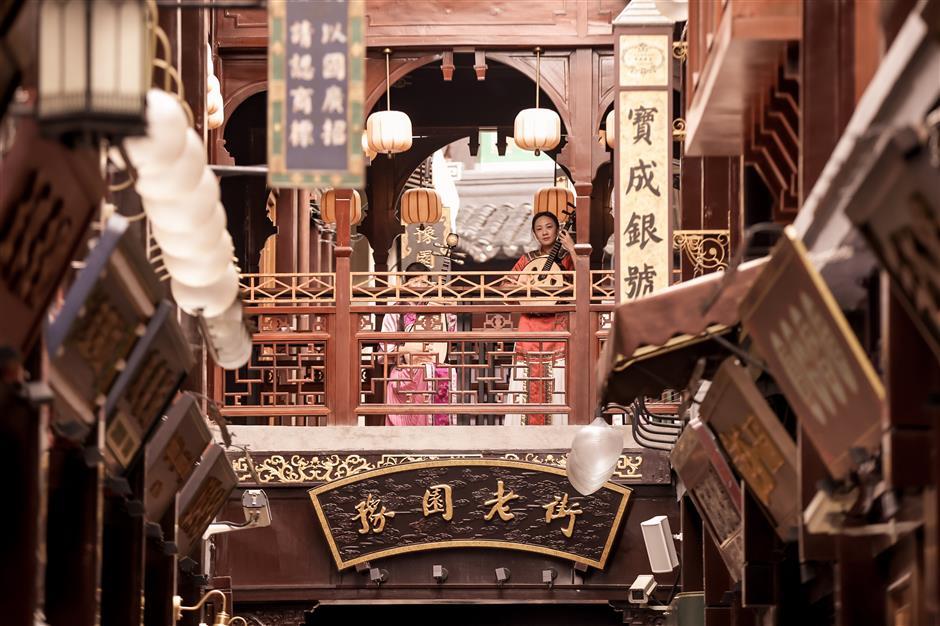 Musicians play the pipa, or a four-stringed lute.