The B-52s are touring on their 40th anniversary - sort of 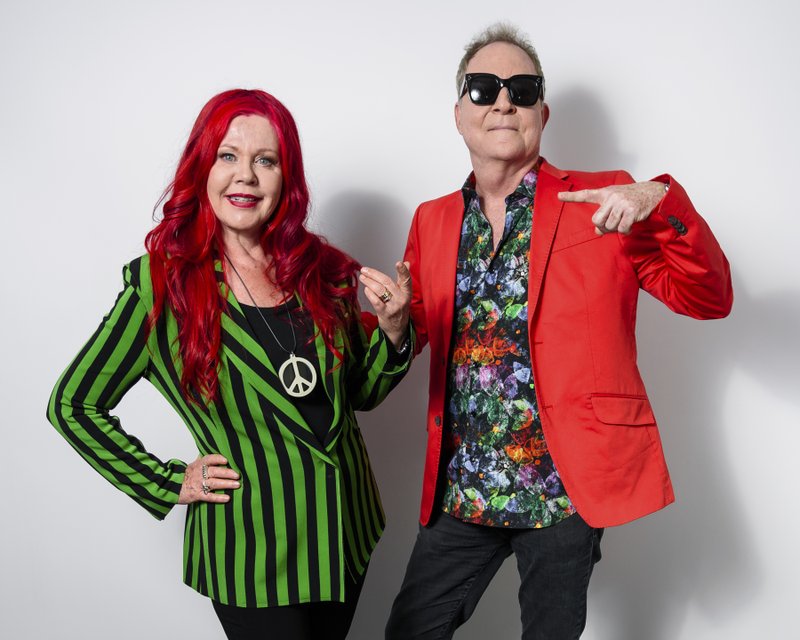 The B-52s are celebrating their 40th anniversary this year. But they also may celebrate it next year. That is, if they haven’t already hit the milestone.

There’s no fuzzy math here — it’s a just matter of which date adequately represents the origin of the band, which began in Athens, Georgia.

Vocalist Fred Schneider considers 2018 as their ruby anniversary. “This is 40 years since our first single came out,” Schneider said. That was the year they released the song, “Rock Lobster.”

The band’s other vocalist, Kate Pierson, interprets their anniversary a bit more liberally.

While the actual date may be a “Cosmic Thing” — just as the title of their fifth album and hit song — there’s no discrepancy that their reputation as “the world’s greatest party band” has thrived since the late 1970s.

Yet, while their sound remained upbeat, the band had some dark days, most notably the death of founding member Ricky Wilson, who succumbed to AIDS in 1985. He is the older brother of vocalist Cindy Wilson.

“There’s always ups and downs in 40 years. And Ricky’s death in 1985 was definitely a point where we thought we wouldn’t go on. People always ask, ‘Did you envision that you would have gone on for 40 years?’ You know, that seemed like the end,” Pierson said.

Instead, they rebounded with “Cosmic Thing,” and scored their most successful album, and biggest hit single, “Love Shack” in 1989. Pierson attributes their longevity to friendship above all else.

“We all maintained our connections and our friendships, which we’ve maintained over all these years. We still like each other, love each other, and we realize that this was a way to heal and a way to really bring Ricky back into the mix. I think a lot of the songs recalled that time in Athens with Ricky,” Pierson said.

She jokes about what would happen if the band were to try to make it today. “We would go on ‘The Voice,’ and we’d get kicked off of the first episode, probably,” Pierson said.

As for the tour, the band said fans can expect more obscure stuff, like “Wig,” as well as the hits. “We’re not going to say, ’Hey, tonight I’m sorry. I hope you understand. We’re not doing ‘Rock Lobster’ or ‘Love Shack’ or ’Roam,″” said Pierson. “No, we’re going to do those.”