CULTURE The birthplace and heart of modern Russian theater

The birthplace and heart of modern Russian theater 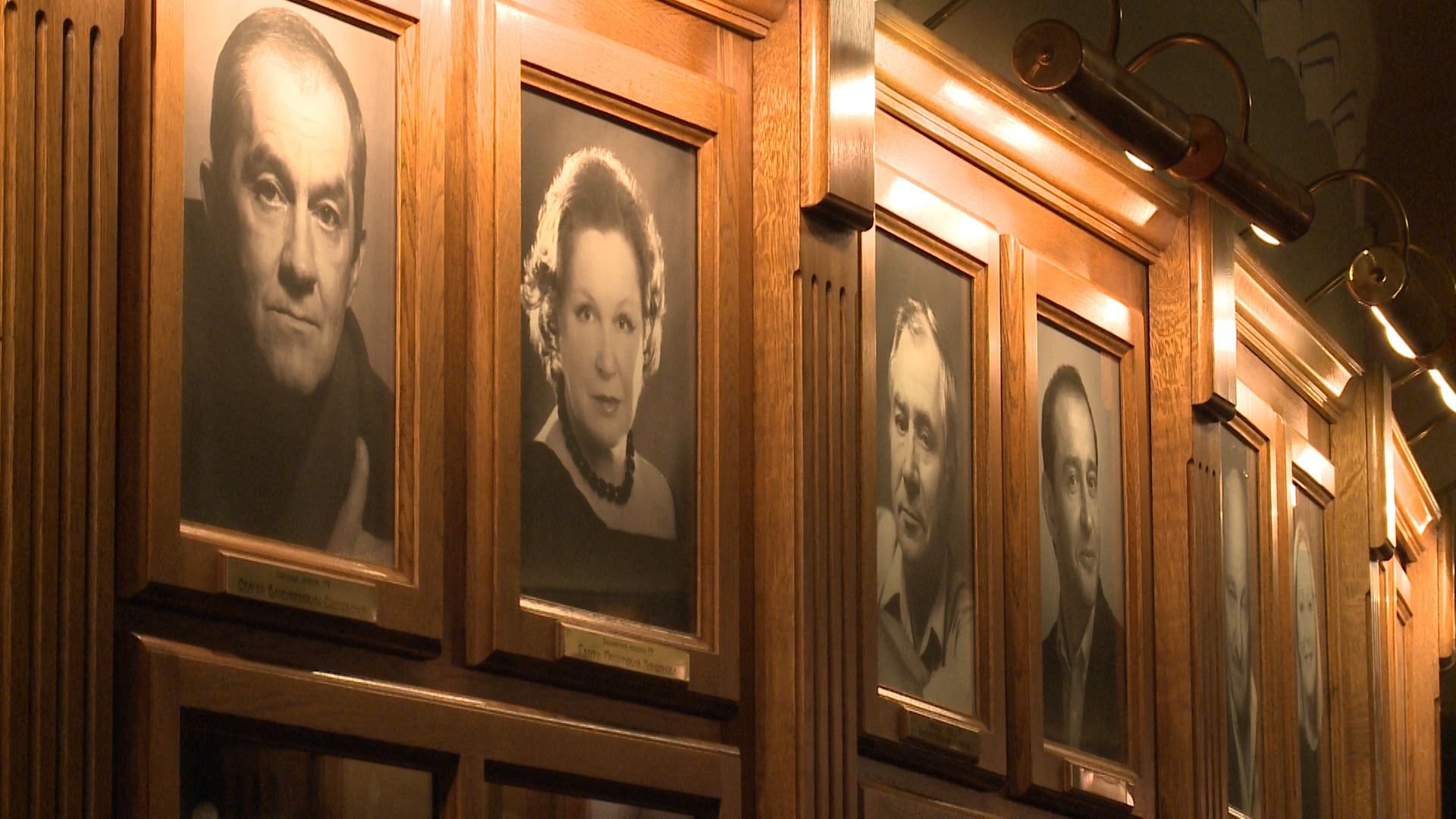 Portraits of renowned actors on the wall of the Moscow Art Theatre. (Photo: CGTN )

It changed the course of drama and acting, but this year one of the world's most famous theaters turns 120 years old.

The Moscow Art Theater was founded by Konstantin Stanislavski, a man who is credited with getting actors to experience being their characters. Indeed, his acting system is so influential that the theater is considered to be the cradle of modern acting and directing.

The century-old chairs of the Moscow Art Theatre have seen some drama in their time.

From Chekhov to Tolstoy, this has been the home of Russia's theatrical heart.

"We naturally climbed onto that stage with such piety. It seemed like, god, I'm standing here where Stanislavski stood. I see the hall that Stanislavski saw. It's unbelievably exciting, I got goosebumps, and every time it's still like that," said Artem Volobuev, actor of Moscow Art Theatre.

Its founder was Konstantin Stanislavski. Before him, acting was about training the body and voice. But he was the first to get actors to imagine becoming their characters.

Stanislavski's acting method influenced stage and screen, from Moscow to Hollywood. This theater may be a Russian treasure, but its influence is global, and today its aspirations go beyond the curtains.

"The role of theater in the world is difficult to overestimate, because people who like to watch Shakespeare don't do abominations, people who know Pushkin don't do meanness," said Igor Zolotovitsky, deputy director of the Moscow Art Theatre.

Outside its doors, Tsars have fallen, and revolutions have come and gone. But inside, the spectacle still keeps the audience on the edge of these historic seats.