CULTURE The filmmakers putting a human face on US migrant crisis

The filmmakers putting a human face on US migrant crisis 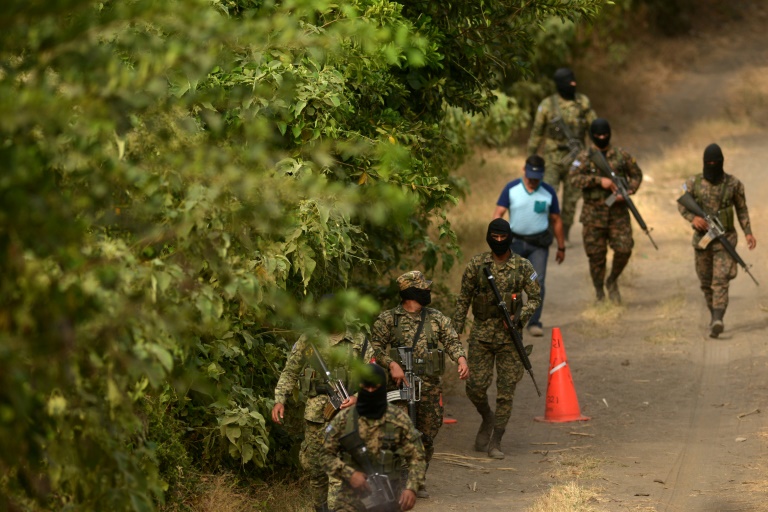 Salvadoran medical volunteer Erick Beltran was on duty two years ago when gang members stormed his rescue corps base and riddled him with bullets. He hadn't yet turned 15.

The youngster was the first casualty from his unit but one of 540 Salvadoran children murdered in 2016 during gang wars that have exacerbated the homicide rate across Central America and sparked a migration crisis at the US border.

With the eyes of the world on President Donald Trump's "zero-tolerance" push against illegal entries, Beltran's story is among a spate of upcoming documentaries on the human beings behind the grim headlines about human trafficking, child prisons and organized crime.

"They put a human face on these major issues, and provide a context that is essential to making sound, humane decisions on migration and refugees."

Bennett believes this humanity is lacking in a Trump administration turning away from the US commitment to internationally held standards of asylum and protection of vulnerable migrants.

An estimated 500,000 Salvadorans -- many as young as 12 -- are gang members or have connections to organized crime, in a population barely over six million.

Founded over 50 years ago as a humanitarian rescue service responding to natural disasters, the "Comandos" volunteer ambulance corps has 32 bases around El Salvador, a tropical, mountainous stretch of land about the size of Massachusetts.

"Los Comandos" tells the story of the unit's stand against a reign of terror inflicted on ordinary Salvadorans by rival gangs MS-13 and Barrio 18.

Erick's colleague Mimi wrestles with whether to flee the country after his death or stay and work amid threats to her friends and family.

"They tell me, 'Look, if you have the chance to migrate, go.' But I tell them I'm afraid to leave," the 16-year-old tells Bennett and co-director Juliana Schatz-Preston.

The documentary is part of Show of Force's "Humanity on the Move" series, which is coming to TV just as recordings of wailing children jailed in cage-like enclosures near the US-Mexico border ignite global outrage.

Despite Trump's executive order ending family separations this week, there is no immediate plan in place to reunite the more than 2,300 children already taken from their families.

"Humanity on the Move" also features Bennett's "Towards the North," another documentary about migration from Central America to the United States.

Bennett and co-director Jessica Chermayeff introduce a tiny refugee shelter in Tapachula, Mexico, where we meet Nelly and her daughter Joseline, who are fleeing extreme gang violence in El Salvador's neighbor, Honduras.

With their sights set on the US, they cover the length of Mexico, facing immigration officials and taking selfies along the way, only to arrive in Tijuana where the border suddenly becomes a dark reality.

"The gangs are governing Honduras. If a gang threatens you, you can't hide anywhere. I will never go back," says Nelly.

"I will never feel at home in any other country. But we will have to try to overcome, try to survive."

Both documentaries will be shown on the public WORLD Channel and PBS.org in the fall along with "Sky and Ground," in which Bennett and fellow filmmaker Tayla Tibbon follow a family on foot from devastated Aleppo in Syria to the German capital, Berlin.

The state has banned them from attending its top universities and disqualifies them from receiving in-state tuition at any other public college.

Filmmakers Heather Courtney and Anayansi Prado take an intimate look over four years at the trio's lives as they pursue their right to education and fight for the rights of their families.

DACA was a program that protected undocumented migrants who arrived as children, but has become enmeshed in legal and legislative controversy under Trump.

The directors told AFP in a joint statement that Congress and the Trump administration were using the youngsters, their parents and thousands of DACA recipients as "political pawns."

"They and their families and communities deserve better, as do those parents and children coming to the US today, fleeing violence in their home countries," they said.