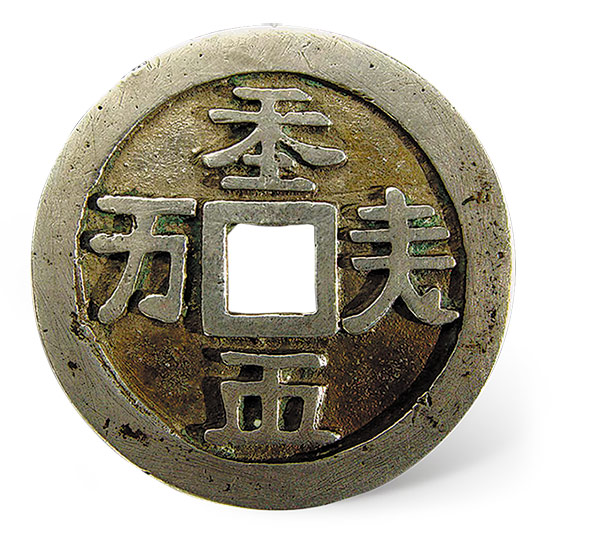 A silver coin with Khitan inscriptions found at the Shangjing site of the Liao Dynasty (916-1125) in Chifeng, the Inner Mongolia autonomous region. [Photo provided to China Daily]

Archaeological excavations unearth the political, cultural and economic nerve center of the Liao Dynasty, offering an unprecedented insight into the lives of the nomadic Khitan people, Wang Kaihao reports in Chifeng, Inner Mongolia.

Vast swathes of the grassland held an incredible secret close to its chest for centuries until archaeologists came looking and discovered the 1,100-year-old ruins of a capital city.

Once an epitome of prosperity, the buried city offers a grand recollection of how the nomadic Khitan people governed the extensive grassland beyond the Great Wall. It also gives a fair idea about cultural exchanges among various ethnic groups.

The credit of uncovering the unknown largely goes to 56-year-old Dong Xinlin, a researcher with the Institute of Archaeology, Chinese Academy of Social Sciences. He devoted 20-odd years to decoding historical riddles surrounding the Liao Dynasty and his perseverance has borne fruit.

"The city was not just the political, cultural and economic center of the Liao Dynasty, but also the first-ever capital built by nomads on the grassland of North China," Dong tells China Daily.