CULTURE The history boys: Croatia try to step out of 1998 shadow

The history boys: Croatia try to step out of 1998 shadow 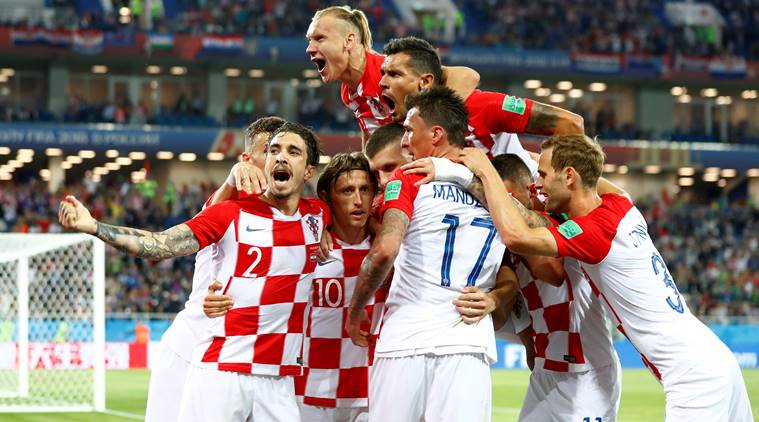 Just weeks before the start of the World Cup, Croatia coach Zlatko Dalic identified a major problem with his team, their obsession with France 1998.

"Croatia haven't done well in a World Cup since France 1998, and going on our quality, we should have," Dalic told one of the country's main news programs, Dnevnik Nove TV.

"We have a brilliant generation of players who, like me, have to know that we can't live on past glory.

"Ahead of us is the World Cup, and we have to be at our best there."

Twenty years ago, Croatia reached the last four, being denied a World Cup final spot only by a Lilian Thuram-inspired France.

Along the way a squad including Robert Prosinecki and Zvonimir Boban beat Jamaica, Japan, Romania then thumped Germany 3-0 in the quarterfinals.

Davor Suker won the Golden Boot and Croatia matched Portugal's 1966 team in becoming the only other side to finish third on their World Cup debut.

Just seven years after independence, the team were lauded worldwide and decorated by their president on returning to Croatia.

But from a glorious high there have been a number of lows.

Since 1998, Croatia have disappointed at the World Cup, failing to even make it past the group stage once in that time. And in 2010 they failed to qualify for the tournament altogether.

Now, a new generation, inspired by captain Luka Modric, have a chance to create history.

Their three victories in Group D containing Argentina, Iceland and Denmark have led many to claim that Croatia could win the World Cup, especially in a tournament where there appears no outstanding favorite.

The 3-0 rout of Argentina was especially impressive.

It was arguably the stand-out team performance of the first round and inspired by Modric giving possibly the best individual display seen so far.

In the haze of the eye-catching victory over the much-fancied South Americans, Dalic still had time to tell reporters that he wanted to better the 1998 performance.

That win came in Nizhny Novgorod and it is there Croatia will return on Sunday to play their last-16 game against a Denmark side who have failed to impress, but notably are still unbeaten after emerging from Group C.

Croatia are favorites to win that game and would then face either hosts Russia or Spain in the quarter-finals.

But the ghosts of 1998 hang as heavy in the build-up as the merits of the Danish or their key midfielder Christian Eriksen.

Modric's midfield partner Ivan Rakitic said in the run-up to the Denmark game that the Croatia of 2018 wanted to be talked about as much as the Croatia of 1998.

"We can achieve whatever they have achieved and even overcome them," he told reporters from Croatia's camp in Roscin.

"We want in 20 years to talk about our generation, not about the generation of '98."

Sunday is their first chance to do just that.