CULTURE The largest white diamond ever auctioned for $18.8 million

The largest white diamond ever auctioned for $18.8 million 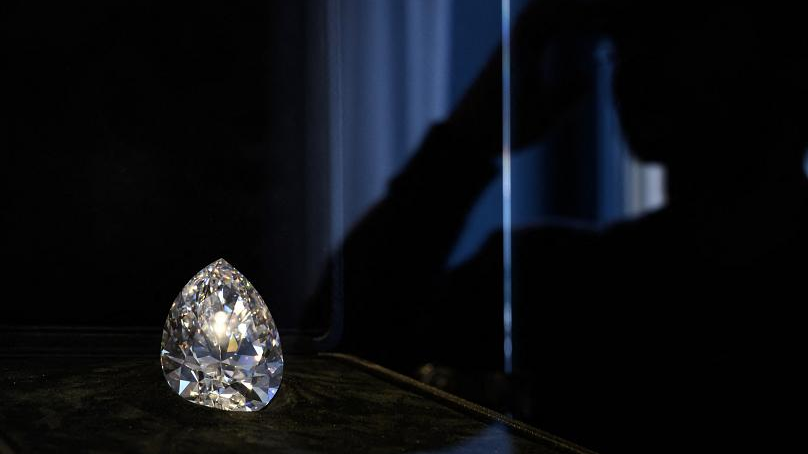 'The Rock' will be offered in Geneva during a 'Christie's Magnificent Jewels' sale. /AFP

The Rock, the biggest white diamond ever auctioned, sold for a hammer price of 18.6 million Swiss francs ($18.8 million) on Wednesday, far short of the record for such a jewel.

The 228.31-carat stone was up for grabs alongside a historic intense yellow diamond associated for more than a century with the Red Cross, which will receive some of the profits from its sale.

The Rock is "a truly exceptional pear-shaped diamond", said Max Fawcett, head of the jewels department at Christie's auction house in Geneva.

It is "the largest white diamond ever to be offered at auction", he noted.

The Rock is currently in the hands of an unnamed owner from North America.

The expert said that there were only a handful of diamonds of similar size and quality to The Rock. The Christie's record for a similar white diamond is $33.7 million, fetched in Geneva in 2017 for a 163.41-carat gem.

Larger than a golf ball, The Rock was extracted from a mine in South Africa in the early 2000s.