CULTURE The many faces of Jet Li

The many faces of Jet Li

Many film actors play additional roles in their careers, such as businessman or philanthropist. They are famous for not only their acting, but also their other contributions to society. Chinese kungfu actor Jet Li, or Li Lianjie, is one of them. 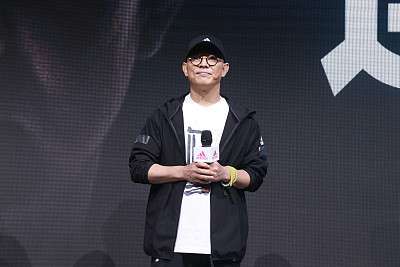 “Life is like a movie with ups and downs. If you understand nature, you will think whatever situation you face is normal, and you can hold a positive attitude toward life,” said Li during a recent interview with Southern People Weekly Magazine.

Many movie fans are concerned with Li’s physical condition after a photo of him went viral online several years ago.

He admitted in 2013 that he had thyroid problems, spinal problems and a heart condition. These health problems upset him a lot at first,

but Li said: “I am OK with my body now.” in an interview recently.

He wrote on Facebook, “I would like to thank all my fans who were concerned about my health. I am doing great and feeling great!”

Li said he was indeed stressed out when he was diagnosed with hyperthyroidism. However, Li, a devout Buddhist, now lives with a calm heart. 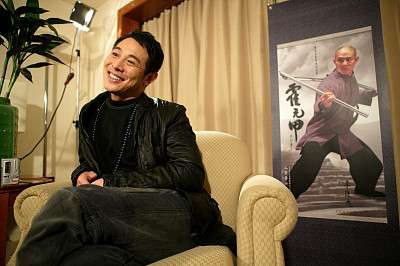 Li was born in Beijing and was the youngest of two boys and two girls, according to jetli.com. When he was 2 years old, his father died and his family lived in poverty.

Li started to study wushu, martial arts, when he was very young. He won his first national championship for the Beijing Wushu Team after training with Wu Bin, when he was just 12. He retired from the sports commission due to a physical injury several years later. When he made his first film Shaolin Temple (1982), he was not yet 20 years old. The movie shattered box-office records in the Chinese mainland and brought Li to stardom.

He made other films including Once Upon a Time in China, Fist of Legend and Fong Sai Yuk. Li played several Chinese classic heroic characters in these movies such as Wong Fei Hung, Bruce Lee and Fong Sai Yuk. Many consider him the best martial arts actor of the era. Li got more and more people interested in wushu and traditional Chinese culture through films about the legendary Chinese folk heroes. 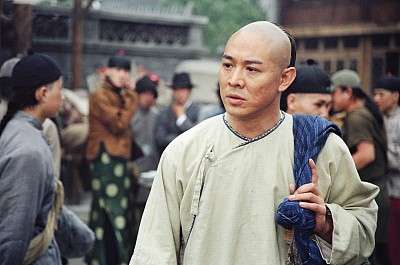 Li started to make Hollywood movies in 1998. In 2000, he took the leading role in the film Romeo Must Die. Li appeared on the front cover of Time magazine in 2002.

The Zhang Yimou movie Hero starring Li topped the Chinese box office in 2002 and was awarded the first place in the world’s top 10 movies by Time magazine in 2004.

He won the 27th Hong Kong Film Awards Best Actor award for his performance in the film The Warlords directed by Peter Chan. The Forbidden Kingdom and The Expendables series are also popular worldwide. 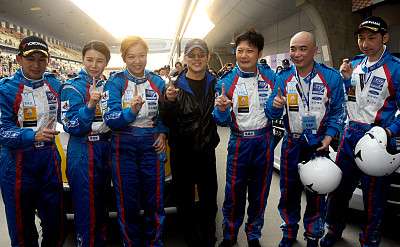 “There are two concepts in Buddhism: wisdom and mercy. I am trying to defeat ego with mercy,” said Li in the interview with the Southern People Weekly Magazine.

Besides movies, Li is known for his philanthropic efforts. He formed the non-profit foundation The One Foundation in 2007 after he nearly died in the 2004 tsunami in the Maldives, which was a turning point for Li.

“I lived for myself before the tsunami,” recalled Li, who said he had tried to make more money to improve his own life. But after the tsunami, he decided to contribute to society.

The foundation has contributed to disaster recovery work. Li and other members were the first to appeal for donations in the 2014 Ya’an earthquake.

He has participated in or hosted many charity events and has been chosen as a charity ambassador several times. In 2010, Li was appointed by the International Red Cross as a goodwill ambassador. He posted online that he would keep pushing forward and do his best to help the world. Besides being a movie actor and philanthropist, Li has a special role as the cofounder, with Jack Ma, CEO of Alibaba, of Taiji Zen, which was created to promote Gong Shou Dao (GSD). Founded in 2017, GSD is derived from a major Tai Chi attacking ability, more commonly known in the Western world as the push hands technique.  Li calls Gong Shou Dao “Tai Chi version 3.0.”

During the interview, Li said: “We want to promote Chinese culture. My dream is to have GSD as part of the Olympic Games. I think we need 10 years to prepare. But it is ok if we don’t make it then, we still need to have a dream.”

“China has a lot of economic influence around the world now, so we can share our culture to the world. This is what motivated Ma and I to do it,” he added.

Li posted on Facebook, “Introducing GSD to the world is my happiest moment in 2017. It was my pleasure to teach some basic wushu steps to ambassadors from various countries.”

Li has taken up Singapore citizenship and bought a property in the city state in 2009. It generated discontent for many Chinese people, who thought Li, as a kungfu star shouldn’t abandon his Chinese citizenship.

It is said he was attracted to the country’s bilingual education policy, diverse culture, comfortable living environment without paparazzi intervening and favorable immigration policy. Li said before that this is his personal choice and it doesn’t mean he won’t make positive social contributes to China. 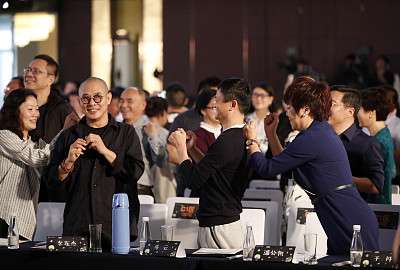 Live for the moment

Even though some people still have complaints about his citizenship shifts, controversy about his charity’s ties to the scandal-plagued Chinese Red Cross, and other problems, others are more concerned about what Li has done and contributed to China and the world.

Perhaps due to his practice of Tibetan Buddhism, he has some different ideas about mankind, society and the world compared with others.

“If you can think in this way — where the past has gone, and the future hasn’t come —, you will think now is good and live for the moment,” said Li.