The orchestra of blind children: I don't need sympathy, I just can't see 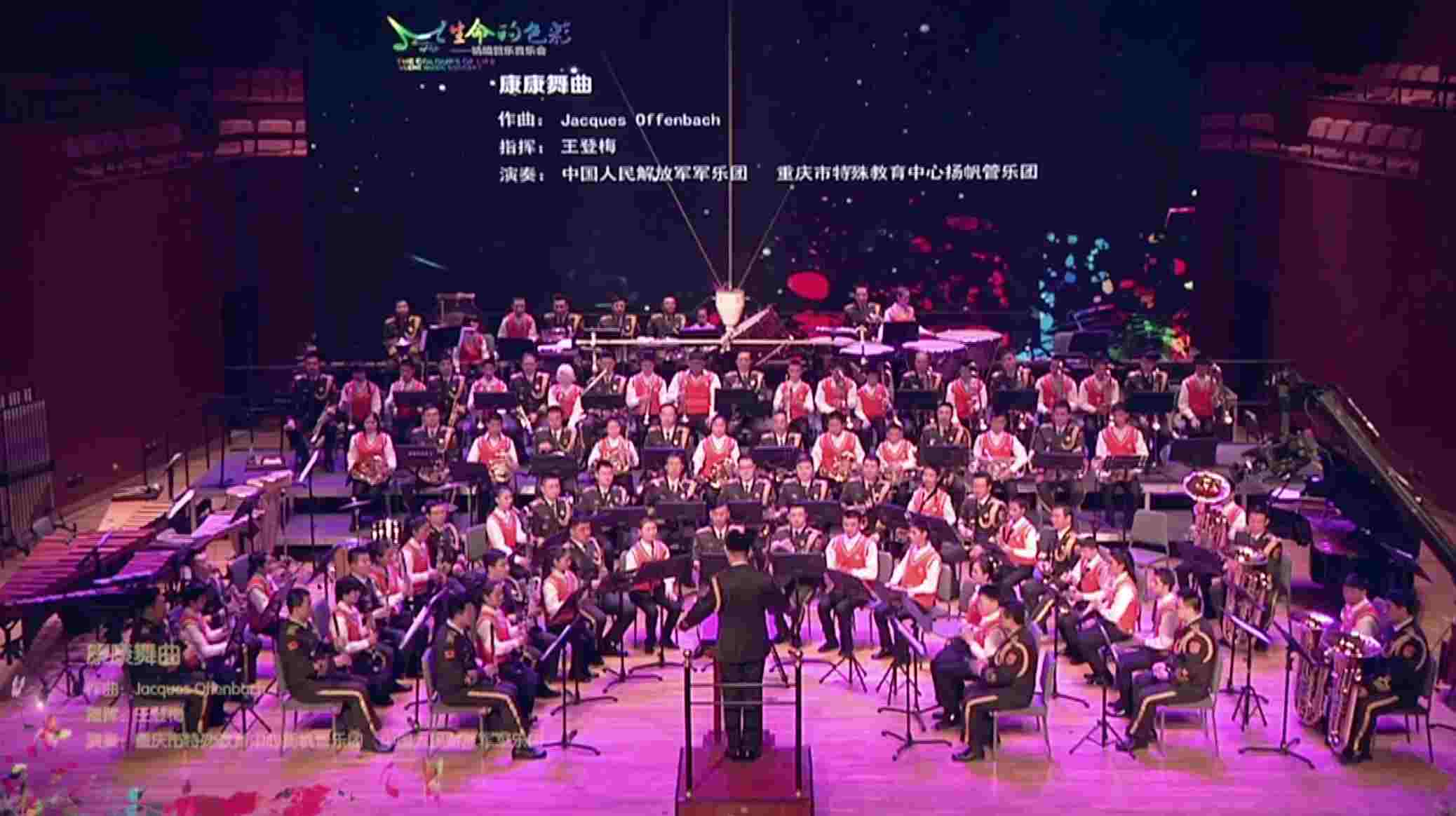 They can't see the music sheets, nor any of the instruments.

Yet they play grand music pieces together, almost flawlessly with their trumpets, flutes and clarinets.

This is the miracle created by the Chongqing Yangfan Wind Band of Blind Children.

Founded in 2011 and consisting entirely of visually impaired children, the band is the largest of its kind in China, and the first to perform on the international stage. These children have performed with China National Symphony Orchestra and the PLA Military Band respectively at the National Center for the Performing Arts and the Chongqing Grand Theatre.

It all started with a show 8 years ago.

Li Longmei was then the headmaster of Chongqing School for the Blind (now Chongqing Special Education Center). Back in 2010, she took all the 286 blind students of the school to a symphony concert at the Chongqing People's Auditorium. On their way back, those children couldn't wait to share their thoughts: "I recognized the sound of a trumpet," "The pianist wasn't that good."

To Li's total surprise, the students had all heard of the Western instruments, but never had the chance to play.

"The visually impaired boys are basically loners, unwilling to cooperate," says Li. "So I thought playing music together may lead them to communication and coordination."

Bearing this in mind, the school set about building a wind band of blind children.

During that time, the out-of-tune sounds lingered all over the school, yet no one ever regarded them as an annoyance.

"In the early days," Li recalls, "we had only 4 trumpets for the kids to play in turns. The few professional music teachers were at a loss teaching the blind students, and couldn't stand more than a couple of lessons." Indeed, the communication was far from satisfying in the collective teaching, as the children could not see the music sheets or the teachers' instructions.

"Is it feasible for all of our staff members to just sit beside the kids and teach them one to one?"

Everyone in the school was called up. Four of the teachers majored in music, but the rest of the 34 staff members could hardly read the numbered musical notation. Even the security section chief and the massage teachers were included.

The children cherished this opportunity very much. Although they couldn't see the sheets, they memorized the melodies in their minds and practiced whenever they could: they played their trumpets before the morning reading, flutes during the breaks, and organized ensembles after lunch.

Unaware of the conductor's instructions, everyone tried to be the loudest at the beginning. After much practicing, they gradually managed to refrain, appreciate and coordinate, and thus began to play some melodious music.

"There's always a melody. You can't be a one-man orchestra in a band."

In Li's words, this intrinsic feature of music was crucial in building teamwork among the blind children.

Through playing instruments, interacting with others and performing successfully on stage, these children have gained great confidence. "I don't need your sympathy or your compassion. It's just poor eyesight."

According to 2016 statistics from China Association of the Blind, there are more than 17 million blind people in China – nearly one percent of the entire population. Some of them are endowed with an acute sense of hearing, and a few may prove to be musical geniuses. In this regard, music could be a sort of outlet for their self-realization. Besides the Chongqing Yangfan band, the Yangzhou Jasmine Wind Band of the Blind is also one of the active music groups in China.