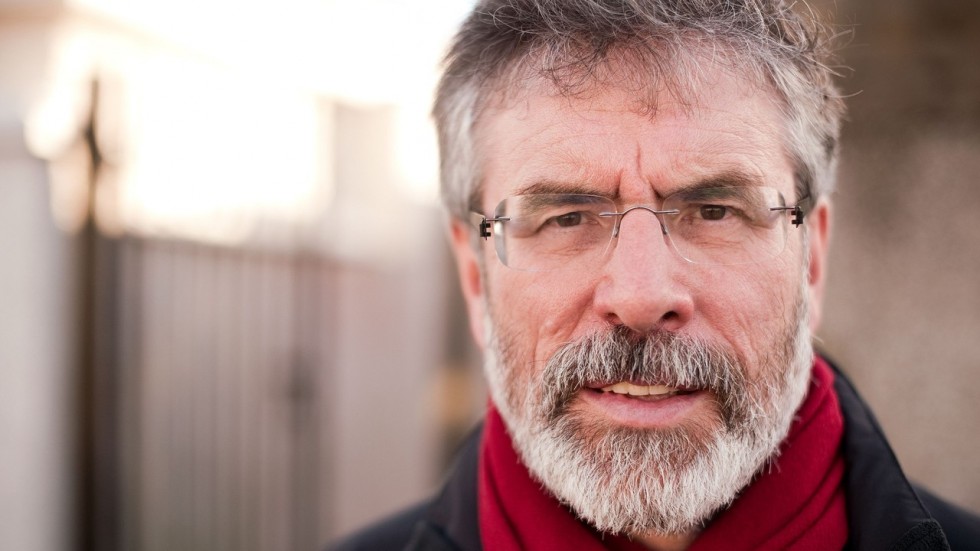 Gerry Adams, the former spokesman for Ireland's armed republican movement, has launched a cookbook - touting its platter of recipes as "the best kept secret of the Irish peace process."

The Negotiators Cookbook contains recipes which fed republican forces during talks which brokered the 1998 Good Friday Agreement in Northern Ireland.

It is "the perfect Christmas present" according to Adams - who has given the volume an alternative title of The Peas Process.

"When you bring together a group of hungry republicans they have to be fed," the 70-year-old said in a video launching the book on October 29. "So who fed them? We fed ourselves."

The thin book, retailing at 9.99 euros ($11.40) is packed with recipes for "soup, home baked bread, pasta dishes, salads, hams, pies, fish dishes or veggie meals, fine desserts and exotic moist fruit cakes," according to its blurb on the website of Sinn Fein, the all-Ireland republican party which Adams led for almost 35 years.

"In fact Martin McGuinness, God rest him, put on weight during some of the negotiation processes," Adams added in the launch video - referring to the late deputy first minister of Northern Ireland who also served as an Irish Republican Army (IRA) commander during The Troubles.

Over the course of his political career Adams has shifted from acting as the political voice of the IRA, to being an instrumental agent in the peace process.

At the height of the conflict, when he defended the actions of paramilitaries, his voice was banned from British television - but Adams has always been coy about his associations with the armed republican movement.

Adams has continued to serve as a lawmaker in the Irish parliament after stepping down from the Sinn Fein leadership earlier this year.