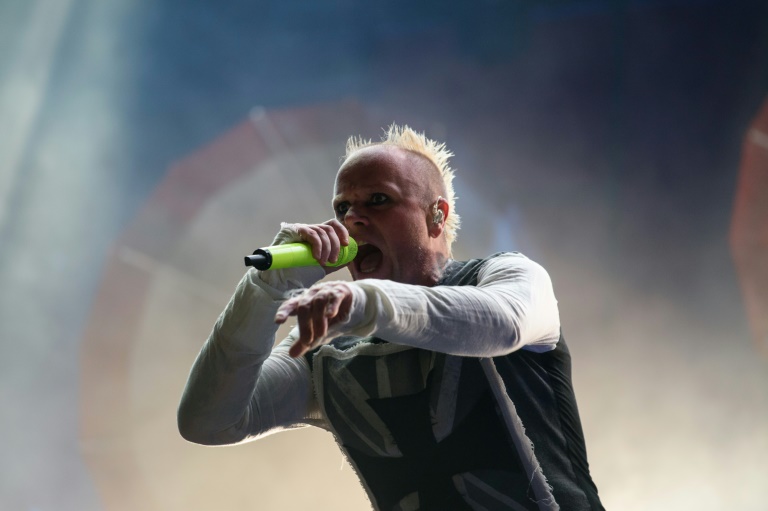 Keith Flint helped turn The Prodigy into one of the most influential groups to emerge from the underground rave scene. (Photo: AFP)

Keith Flint, the frenetic frontman of British rave icons The Prodigy, has died at the age of 49, the electronic pop group said Monday.

"I can't believe I'm saying this but our brother Keith took his own life over the weekend," Howlett wrote.

Police said only that they were not treating the death as suspicious after finding Flint's body on Monday in a residence in Essex, northeast of London.

Howlett said he was "shell shocked... angry, confused and heartbroken".

Heavily pierced, tattooed and topped with a bleached mohawk, Flint helped turn The Prodigy into one of the most influential acts to emerge from the underground rave scene.

Their biggest hits included "Firestarter" and "Breathe" in 1996 and "Smack My Bitch Up" in 1997, which merged intense dance beats with elements of rap and punk to create energy-driven music that turned them into international stars.

Their accompanying videos were dark, cinematic and seemingly aimed to shock.

One was banned by MTV in the United States. Another was only allowed to air on British television after 9:00 pm because of complaints that it scared children.

The Prodigy issued a statement on Twitter calling Flint a "true pioneer, innovator and legend".

"It is with deepest shock and sadness that we can confirm the death of our brother and best friend Keith Flint," the group said.

Essex Police told AFP that a 49-year-old man was pronounced dead at the scene and that "his next of kin have been informed".

"The death is not being treated as suspicious and a file will be prepared for the coroner."

The Prodigy formed in 1990 and released two albums before becoming international stars with their 1996 chart-topper "The Fat of the Land".

Emerging at around the same time as fellow ravers The Chemical Brothers, Fatboy Slim and Underworld, The Prodigy embodied the "Cool Britannia" feel of the late 1990s.

But The Prodigy's sound was always harder, more confrontational and intense, with their performances turning into sweat sessions that sold out venues for decades around the world.

"There was a real determination for it (the band's sound) to have zero compromise," Flint told AFP in 2015.

"There really needed to be an antidote to the DJ scene, which made it quite brutal."

"So sad to hear about Keith Flint, he was always great fun to be around and very kind to Tom and I when we first started doing shows together... great man," Ed Simons of The Chemical Brothers tweeted.

Chase And Status, who were also part of the "big beat" subgenre of UK underground techno and acid house music, said they were "absolutely devastated".

"We wouldn't be here if it wasn't for Keith and the life changing music they made and championed," Chase And Status said on Twitter.

The Prodigy released their sixth consecutive UK number one studio album "No Tourists" in November 2018.

"The Fat of the Land" topped the charts in the United States, Australia, Germany and several other EU states.