CULTURE The Railway to Tibet

The Railway to Tibet The Qinghai-Tibet Railway is a major project implemented after the Reform and Opening-up. The road connects soldiers and civilians, leads the snow-covered plateau soars to modernization, and showcases the hardworking, wise Chinese people continue making fantastic achievements. It is honoured as a “heavenly road.”

Themed on the construction of the Qinghai-Tibet Railway, the NCPA produced a dance drama of national unity and the deep affection between soldiers and civilians with a production team consisting of the excellent Chinese artists. This dance drama extols soldier-civilian friendship and was premiered in tribute of the 40th anniversary of the beginning of the Reform and Opening-up.

The drama was funded by the China National Arts Fund and Beijing Culture and Arts Fund, it was performed at the Opening Ceremony of the 12th National Dance Festival at the Ministry of Culture and Tourism’s invitation, and was invited to the “Performance of Excellent Reality-based Stage Art Works to mark the 40th Anniversary of the Beginning of the Reform and Opening-up” hosted by the Beijing Municipal Bureau of Culture. 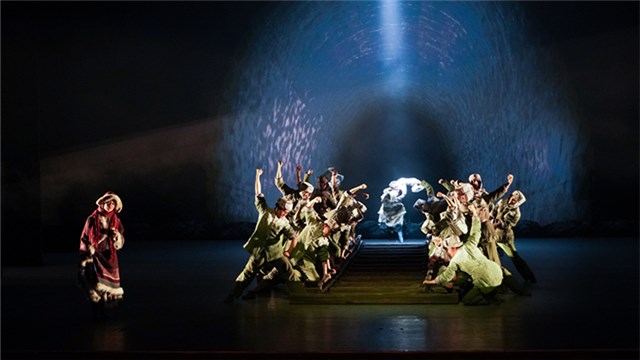