The movie is a timely reminder that 2020 has been a banner year for Chinese women, with their voices and actions reminding us all of Chairman Mao’s proclamation that “women hold up half the sky.”

Women are defying the stereotype that only the young and beautiful can become pop idols. They have stood shoulder-to-shoulder with men in the fight against coronavirus. They have debunked the concept that “decent girls” don’t go clubbing. They are hitting out against bullying and violence against women, and questioning whether becoming a housewife is a waste of education.

Shanghai Daily has chosen several of the “wonder women” trends of the past year as Chinese women ask: “What’s next?”

Stand-up comedian Yang Li got her big break this year in the competition show “Rock & Roast,” where her punchline “so mediocre yet so confident” became a buzzword of 2020, delighting women and offending many men.

“Not only are men adorable, but they are also mysterious,” she said on the show. “They can look so mediocre, yet manage to be so confident.”

Li Dan, a male comedian and one of the show’s judges, commented: “The thing about her jokes is that all men will feel targeted, but nobody dares take offense because that would only prove her arguments true.”

Yang’s appearance became an instant online hit, inspiring many women to share comments about “mediocre men” who demand too much from women. Many talked of encounters with men who make offensive comments about their appearances and urge them to be young, beautiful and obedient.

Many men, like Li predicted, felt targeted, and some did dare fight back, most noticeably law professor Chu Yin at the University of International Relations.

Chu uploaded a video on the Douyin platform, entitled “A man may be average, but you are probably ugly without make-up.”

Other female contestants on the show also had their moments in the limelight.

Twin sisters Yan Yi and Yan Yue denounced the “body-shaming culture” of many Chinese shows, and Beijing-based Li Xueqin drew laughter and applause from fans by sharing her own experience as a young woman from a small town in northeast China who is striving to make it in the big city. 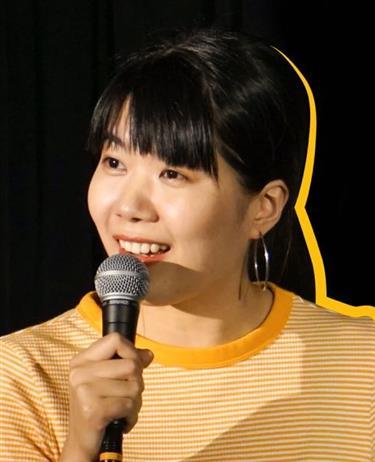 ‘Sisters Who Make Waves’ and ‘Nothing but Thirty’

The talent show “Sisters Who Make Waves” and the TV drama “Nothing but Thirty,” both targeting women 30 years or older, were among the highest-rated shows of the year. They triggered public discussions about major issues facing women — from lack of career opportunities in mid-age to balancing work and family.

“Sisters” provided a stage for female performing artists over 30 in an entertainment industry notoriously filled with young pop-idol talent shows. The oldest performer was 52.

The show attracted 2.1 billion online views within a month of its premiere and trended on the Internet for weeks. The summer show was recently back in spotlight when a male version was broadcast, with what were considered poorer results.

“Nothing but Thirty” featured three women around the age of 30. The show highlighted societal pressure to get married, become a housewife and sacrifice career to home. It garnered daily clicks of nearly 100 million within the first week and went on to win a series of best drama awards in the year.

To many, the two shows filled a blank spot in a market dominated by fantasized romcoms, set in either ancient or contemporary times.

“Middle-aged female performers are eager for a stage, and at the same time, middle-aged female audiences are badly in need of shows that give them something they can share and get involved in,” said Shen Yifei, associate professor of sociology at Fudan University.

“If we cast our eyes on our neighbor South Korea, we see that they have already produced romantic films and TV dramas featuring middle-aged relationships,” she added. “The untapped market potential is huge.”

Still, the controversies trailing in the walk of the two shows are a reminder that the road to full emancipation for women is long and enduring.

Critics expressed disappointment that “Sisters,” as it carried on, started to resemble the model of teen idol shows and was smashing age stereotypes less and less.

A somewhat enforced happy ending of the three women protagonists of “Nothing but Thirty” also drove the drama’s ratings down.

Heroines who took the bull by the horns

Women’s sanitary items were perhaps the most unique donations sent from all over China to Wuhan, the then epicenter of the coronavirus outbreak. They were sent by women to the women at the medical front line.

The nation’s health commission estimates that more than two-thirds of the 42,000 medical workers sent to Wuhan were women. Many left dinner tables on the eve of the Chinese New Year to answer the national call to arms.

“One group is often overlooked — our nursing team,” said male doctor Zhang Wenhong, who heads a team of Shanghai experts treating coronavirus patients. “If you consider we doctors are important, then that’s equally true for our nursing sisters.”

His comments harked to the trending photos and videos of female doctors and nurses who bade goodbye to families and became front-line volunteers, donning heavy protective suits and even napping in them on cold nights.

A doctor at Zhongnan Hospital of Wuhan University had her hair cut to accommodate protective gear in isolation wards in February.

Though an acclaimed singer, Tan isn’t a common name in online searches. But her songs struck a chord about violence against women.

The album comprises 11 songs, each titled with a woman’s name. Xiao Juan, or “Little Juan,” is a common pseudonym used by women.

The first lines of the title song: “Our name is not Xiao Juan, a pseudonym is our last defense, breaking news, trending views ...”

That was followed by references such as “pup in a fridge,” reminding people of actual murder and rape cases that made headlines and interpreted by netizens to represent all female victims of violence.

The album title “3811” was seen as a reference to International Women’s Day on March 8 and to the 11 women’s names in the song titles.

“True story and the power of words!” the singer wrote on her Weibo account, without specifying the references. “Thanks to all the musicians and staff who participated. This is our responsibility!”

The announcement of several new coronavirus cases in the southwestern city of Chengdu recently created an unexpected buzz online. The ruction was not caused by the unfortunate resurgence of the virus, but rather by the case of a 20-year-old patient surnamed Zhao, who was bullied online.

After Zhao tested positive for the virus, authorities followed protocol and released the places she had recently visited, including a few nightclubs in five different districts of the city. Her name was not disclosed, but it later leaked out online.

Some netizens went on the attack, denouncing Zhao’s behavior and saying that “decent girls” don’t go clubbing. Other netizens, both men and women, rushed to her support, railing against outdated stereotypes and decrying the breach of her privacy.

Zhao also released a statement on a news platform, saying: “I saw a torrent of online rumors about me, many of which were slanderous and abusive. I truly don’t understand why so many people attacked me. I just caught the virus. I am also a victim.”

She went on to explain that her job involved marketing work for the nightclubs, which was why she was in the venues for short periods of time.

Zhao’s statement was viewed more than 42 million times within hours of its release. On the same day, local police announced that they had found and punished the person responsible for making her name public.

Zhang Guimei, who founded China’s first public high school that provides free education for girls, has been somewhat of an unexpected name to appear on social media trending lists.

She landed among top searches earlier this month after she was honored as a “role model of the times” by authorities, in recognition of her dedication to the education of girls.

In 2008, Zhang founded Huaping High School for Girls in the Yunnan Province city of Lijiang, one of the poorest cities in China. She noticed that many of the students were dropping out, and subsequent visits to their homes found that most were engaged or in arranged marriages. The parents considered it useless to educate daughters.

Zhang’s name also popped up in top searches in October, when she harshly rebuked a former student for becoming a housewife and refused to accept from her a donation to the school.

That stirred instant online debates about education for girls. Many netizens argued it was a personal choice. Others defended Zhang, saying she was only expressing disappointment in students who came from remote villages and weren’t taking advantage of the education provided for them to improve their lives.

The former student at the heart of the debate also defended Zhang, saying that she understands her teacher’s disappointment and has decided to look for a job outside the home.

In an interview, Zhang later remarked: “We overcame all the difficulties to make sure that she could start a new life in a city instead of getting married at 18, and now she chooses to become a housewife. Women should always have their own incomes instead of depending on husbands. After years at home, you fall behind society. And what happens if your husband takes a mistress?” 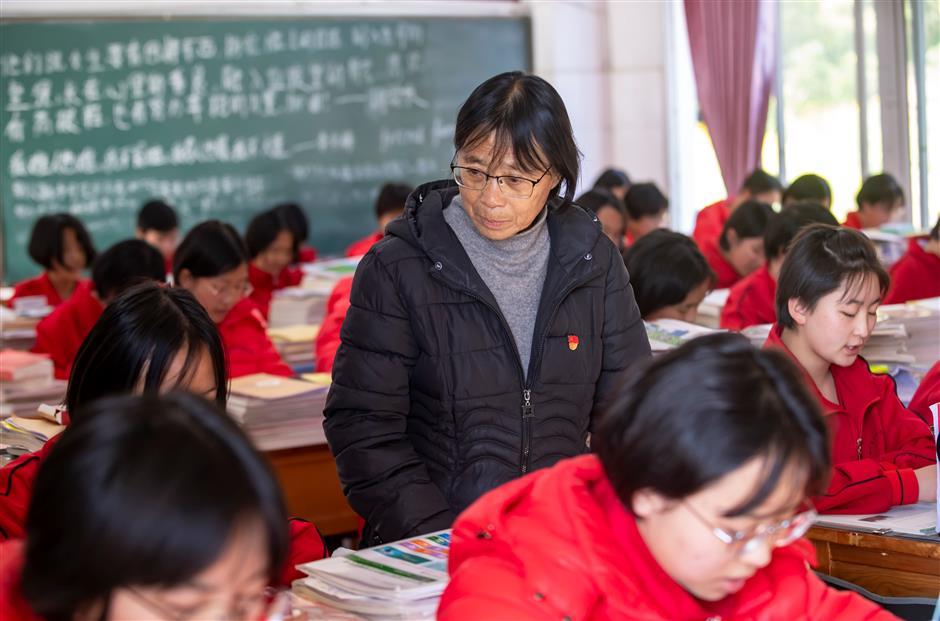