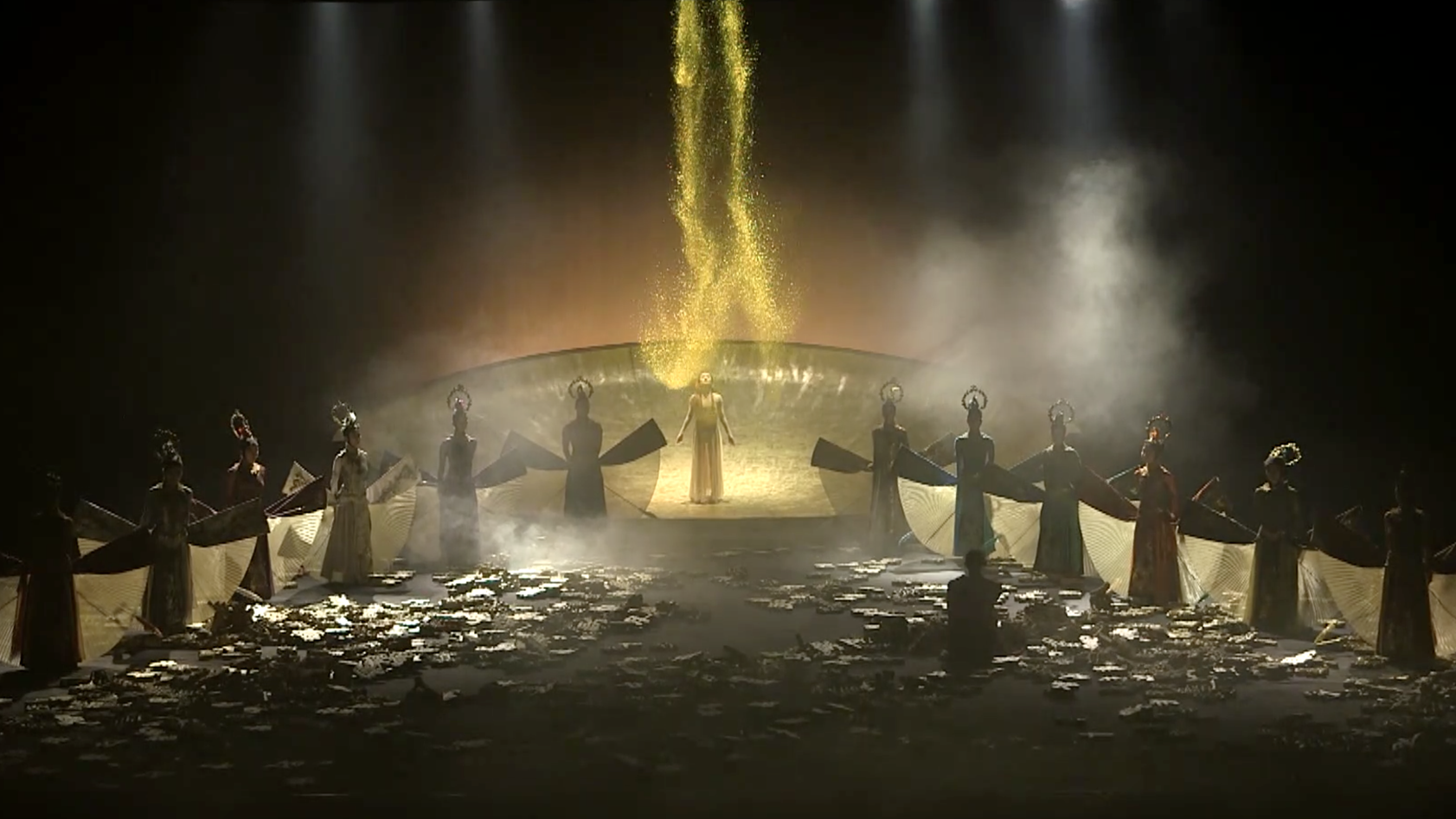 A still of "The Rite of Spring" (Photo: CGTN)

China’s leading choreographer Yang Liping has made her Edinburgh International Festival debut, with her new interpretation of Stravinsky's iconic ballet "The Rite of Spring” inspired from traditional Tibetan culture.

"Throughout this contemporary production, it uses a lot of Chinese ethnic culture, especially Tibetan Buddhism and Tibetan culture. We didn't use ballet but just use body language, for example Tara represents release people from sufferings, redemption, sacrifice and rebirth." said Yang Liping.

The performance was well received by the audience. "I've lived in Edinburgh for 35 years and this is one of the most amazing shows I have ever seen. It just touched me every single level," said Penny Johnston who booked the tickets as soon as it went on sale in April.

"It was brilliant. The dance, the choreography, the stage and direction. It is just mind-blowing," said Anne MacDonald who has watched several versions of "The Rite of Spring".

The piece was co-produced by a number of major international festivals and is expected to tour around the world. Yang Liping hopes the collaboration can help the production enter the international stage and promote understanding between West and East.

"It is a wonderful experience working with Peacock Dance Company and a whole range of promoters around the world. It is a tribute to just how highly thought of Yang Liping is now. She is a major figure in world dance," said Fergus Linehan, the director of the Edinburgh International Festival.

"This is a co-production with London, with Toronto, with Melbourne and a real example of how festivals and promoter from around the world can come together to help create a work of real significance," said Fergus.