The second season of South Korean reality show involving K-pop idols including Lee Hyo-ri and Girls Generation's Yoona, Hyori's Homestay, has been a topic of passionate discussion among Chinese fans on social media since it came to an end in late May on Chinese streaming platform Bilibili. 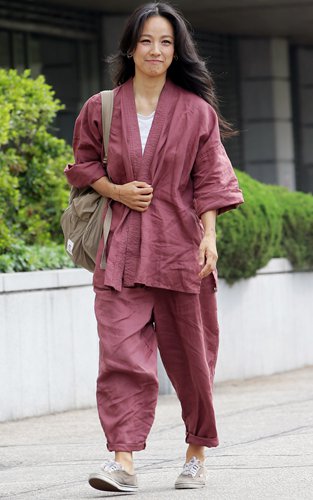 Set at Lee and her husband Lee Sang-soon's residence on Jeju Island, the program - which currently holds a 9.1/10 on Chinese review platform Douban - follows selected guests as they are treated to a vacation at the celebrity couple's home.

Aside from the star power - Lee Hyo-ri and Yoona are one of the most well-known South Korean pop stars in China - many Chinese audience have said they're attracted to the show's slow-paced yet "comforting" presentation as well as the loving life details that between the couple that are on display in the show.

"A reality show demonstrating how to live well, unlike other reality shows featuring exaggerating events that try to entertain the audience, the program shows details of a life that urban residents have little chance to attain which is why it is so comforting to watch," commented Douban user Rovaniemi.