CULTURE The virtue of patents

The virtue of patents 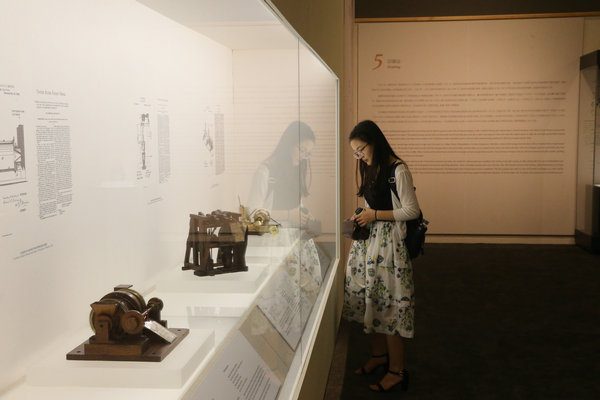 They say necessity is the mother of invention, and almost every major progression achieved by society－any improvement in people's livelihood or lifestyle－has been the result of someone's imagination.

An unparalleled enthusiasm for invention bolstered numerous industrial and social developments in the United States throughout the 19th century.

Inventors, whether they were professional and prominent like Thomas Edison, or just ordinary people whose names didn't leave as deep a footprint in history－like Garrett Morgan, the inventor of the gas mask, the traffic light and hair straighteners, among other things－made full use of their creativity in technology and wisdom in life. Their efforts helped leverage the new country into an emerging economic power, able to rival the European powers.

Their innovative spirit was demonstrated by an eruption in the number of patents being applied for. These patent applications ranged widely in subject matter and across many aspects of the country's growth, from engineering, transportation, mining and printing to the production of household appliances.

To make patent claim examination officials better understand their work, an applicant needed to present a model－no more than 30.48 centimeters at any side－along with the technical drawings and a written description of the invention, as demanded by a patent act issued by the federal government. 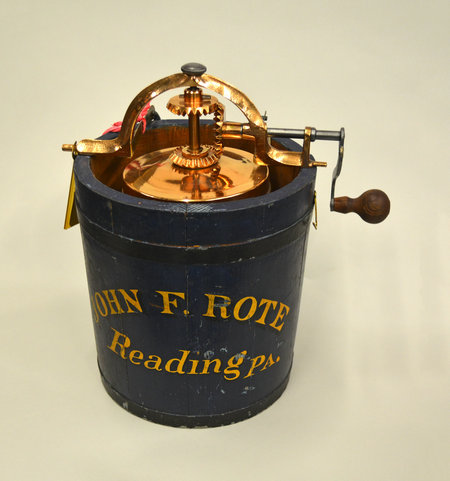 These intricate models, regarded today as a fusion of science and artistic craftsmanship, have over the decades entered public and private collections, perhaps chief among which is the Hagley Museum and Library in Delaware, housed in the transformed gunpowder works established by the French-US chemist and industrialist, E.I. du Pont in 1802.

Since 1961, The Hagley Museum has assembled a patent model collection of more than 5,000 items, all of which were made between 1809 and 1906. While the museum is open to the public, it has curated a selection of patent models to tour China for the first time.

Following a display at Beijing's Tsinghua University Art Museum from late March to early May, more than 60 examples from Hagley's collection are now on show at The Power of Innovation exhibition at the National Museum of China. It will run through July 29, before traveling to Shanghai, Shenzhen and Wuhan.

Wang Chunfa, director of the National Museum, says the exhibition will deepen the Chinese audience's understanding of how technology advances social progress, and act as an appeal for creativity and the protection of copyrights to be integrated into the country's development.

At the entrance of the exhibition is an original piece of patent testimony, dated Jan 6, 1797, which was issued to John Nazro in Massachusetts for an improvement in the technique for extracting mineral alkali from marine salt and kelp and for making compound potash and pearl ash. 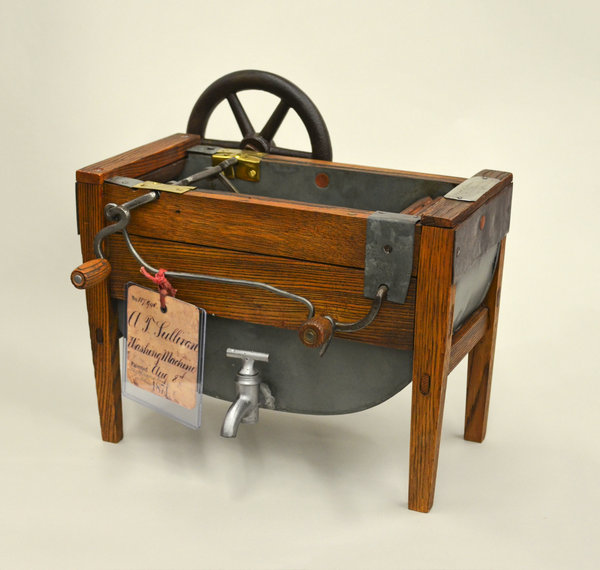 The Power of Innovation exhibition gathers 19th-century patent models from the collection of the Hagley Museum and Library in Delaware, including an improved washing machine.

The invention means little to people today, but the testimony shows how much significance the Founding Fathers of the US attached to patents in terms of national security and growth: It bears the written signatures of George Washington, his secretary of state Timothy Pickering and attorney general Charles Lee.

In its early years, the new republic held invention and the establishment of a patent system dear. The first patent act was enacted on April 10, 1790, and, three months later, the first patent was granted to an inventor for his improvement in potash production.

An explosion of patent applications followed－by 1836 more than 10,000 patents had been issued, and all were signed by US presidents－before major changes were made to make the system fairer.

Even Abraham Lincoln himself obtained one in 1849 for inventing an instrument to lift boats over shoals and obstructions in a river, making him the only US president ever to have registered a patent.

Lincoln said the US patent system "adds the fuel of interest to the fire of genius in the discovery and production of new and useful things".

The application process was also opened to foreigners. Featured inventions at the National Museum exhibition demonstrate the creativity of people hailing from around 16 different countries who lived in the US at the time.

David Cole, executive director of the Hagley Museum and Library, says these models are not only figurative representations of practical thoughts but also great pieces of art, because inventors largely worked with craftsmen to make the models, with a keen eye on aesthetics in a bid to further impress examination officials.

As patent applications boomed, keeping the models put the patent office under huge pressure and, after 1880, models were made only when asked for by examination officials. 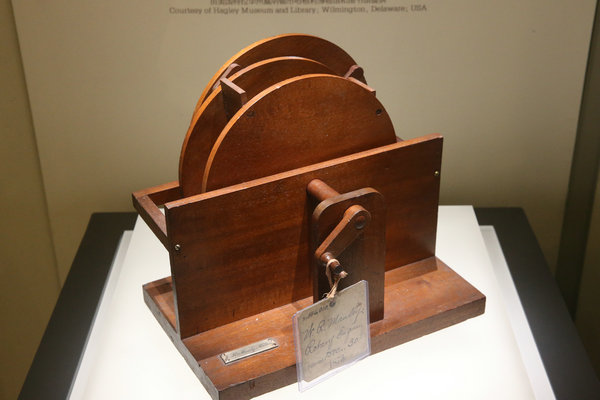 As well as those inventions that improved the processes of industry, there were also those that solved day-today problems and bettered people's quality of life.

One model shows an improved washing machine, which employs a slat band, making washing clothes an easier, more efficient task. The Hagley collection has more than 100 washing machine patent models, each with a unique difference and perceived or actual improvement.

Another model shows an ice cream freezer, applied for by John Rote. He did several jobs including teaching, selling insurance and working at restaurants before committing himself to invention.

Of patent holders at the time, 99 percent were men, while there were also woman inventors, such as Margaret Knight who was awarded dozens of patents in her lifetime, but is probably most well known for inventing the flat-bottomed paper bag－a patent that was stolen, but for which she successfully sued to regain.