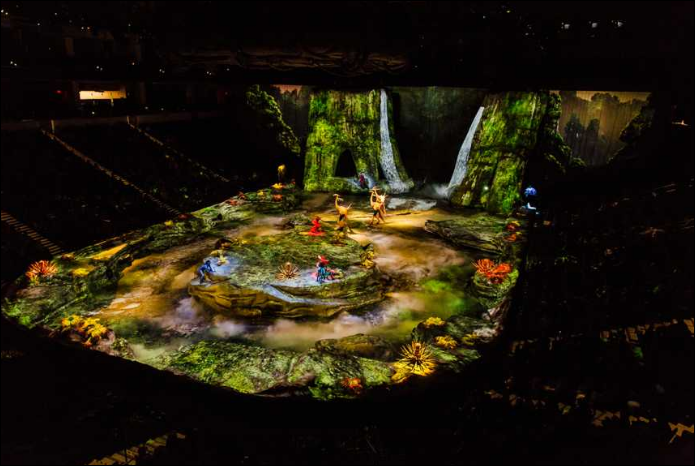 It's been almost a decade since the movie Avatar caused a sensation for its stunning visuals while offering an insight into a new world.

This summer, the world's largest theatrical producer Cirque Du Soleil is bringing their theatrical show about Na'vi life to the stage in Beijing.

Narrated by a "Na'vi Storyteller" and populated by unforgettable characters, "TORUK – The First Flight" is a mythical tale set 3 thousand years before the events depicted in the film AVATAR.

Similar to the film, the show is about heroism and unity but the creators have tried to make it a different and unique story.

Costume Designer Kym Barrett respected the dress codes established by James Cameron's team but didn't copy exactly what was done in the movie.

Barrett believes the costumes should look like they were made by Na'vi hands. The crew sought out materials that looked like they could be available to the Na'vi in their natural environment. Some of the materials are in reality cut-outs of loofah sponge or molds from cabbage leaves.

The animals in Pandora are brought to life through large-scale puppetry. The 16 puppets are reverse string puppets, or "lived-in puppets," or "in-view puppets." They are manipulated by 6 puppeteers.

"Toruk – The First Flight" will be on till August 12 in Beijing. After that, they are heading to Shanghai for another round till August 26.