These fancy vinegars are the ones to prioritize in your pantry 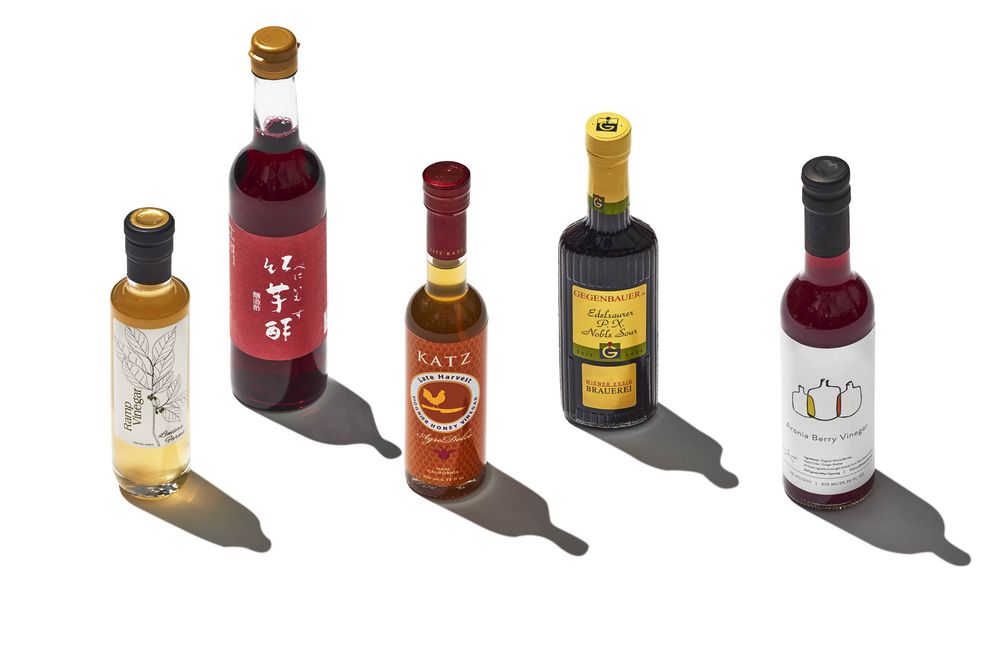 If there’s one ingredient that’s key to the current food trends—from pickling to ketchup to mayonnaise—it’s vinegar. Over the next three years, vinegar sales are forecast to rise more than 6 percent worldwide. Credit everything from diets that have caused a run on cider vinegar to America’s increasingly adventurous taste for cuisines such as Korean and all the intense, pucker-inducing, fermented kimchee that comes with it.

A handful of books is also addressing the country’s expanding taste for sour flavors. Acid Trip: Travels in the World of Vinegar, by Michael Harlan Turkell (Abrams), offers recipes from around the world such as Italian pancetta and beef tartare from Seattle chef Renee Erickson. Turkell includes tips for do-it-yourselfers on how to make their own vinegar.

There’s also Vinegar Revival: Artisanal Recipes for Brightening Dishes & Drinks with Homemade Vinegar, by Harry Rosenblum (Clarkson Potter), which also advocates for making the stuff at home. Beginners are advised to start by leaving out beer, cider, or wine and watching the transformation. More advanced “brewers” need to start buying such equipment as a hydrometer, a refractometer, and pH strips.

As would be expected, the array of vinegar flavors has expanded astronomically beyond red and white wine. Here are five vinegars that Acid Trip author Turkell believes deserve a place in your pantry.

Uncommon options such as sorghum, turmeric, and even hickory are the specialties at Virginia’s Lindera Farms. Its ramp vinegar, made from the vegetable foraged in spring, offers a smooth blast of oniony heat and an extra layer of flavor to salads, sauces for white-fleshed fish and chicken, sautés, and stir-fries.

The little-known, cranberrylike aronia berry is the base for this lightly fruity and tangy vinegar from Keepwell Vinegar in Washington, D.C. Think of it as a training-wheels vinegar, milder than the red wine standard but just as all-purpose. It’s good in a vinaigrette or a cocktail, or even as an accent to a fruit pie.

Made in Miyazu, Japan, Iio Jozo products start as sakes made from rice plus the featured ingredient, which are then fermented to become vinegar. Its purple sweet potato vinegar is a gorgeous crimson, with a funky, earthy, almost peppery flavor that’s less tart than many vinegars. The umami taste makes it great for stirring into soups and stews.

In Napa Valley, where almost every grape is designated for wine, Katz produces a handful of vinegars (along with a lot of olive oil and honey). The late-harvest honey selection—produced using the slow Orleáns method for making vinegar—is simultaneously sweet and tart, with a powerfully fruity taste that makes it ideal for anything from a goat cheese salad to chicken, duck, or pork, to a custard or berry dessert.

Made in Vienna at a brewery dating to the 1920s, the Noble Sour has the mahogany hue and lush, thick texture of an aged sherry. The elegant, nutty liquid, produced from Pedro Ximénez grapes, is designed for sipping like a digestif. But it’s also superb drizzled over vanilla ice cream. Such chefs as Thomas Keller and Daniel Boulud are fans.