Dominic Thiem edged error-prone Roger Federer 3-6, 6-3, 7-5 to win the BNP Paribas Open, denying Federer a record sixth title in the desert while claiming the biggest title of his career. 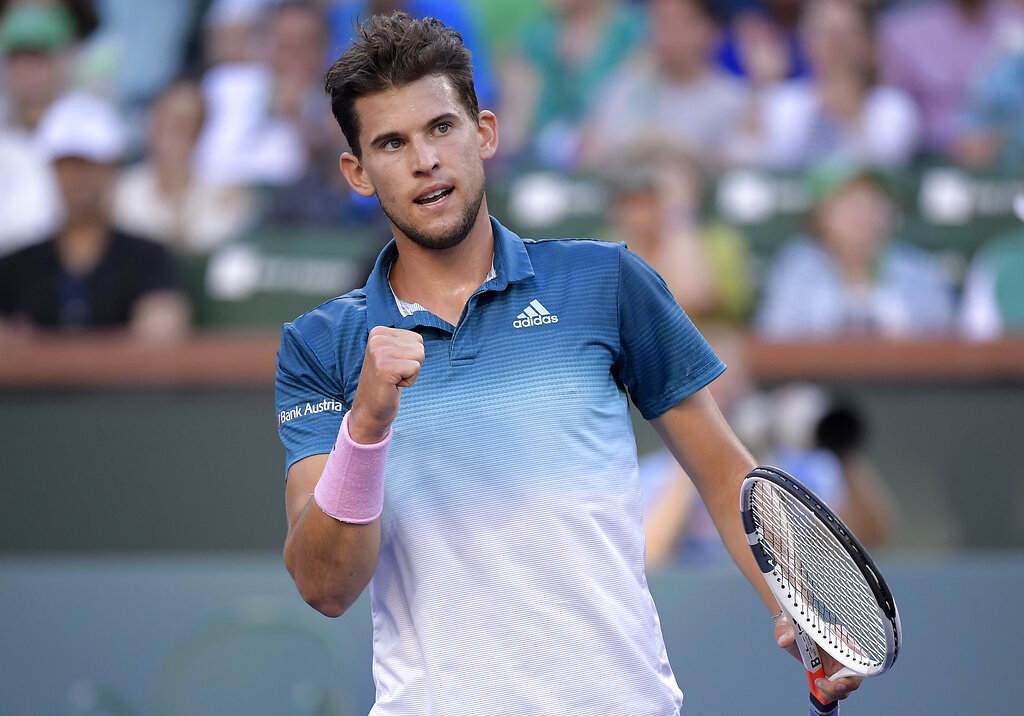 Dominic Thiem, of Austria, celebrates after winning a game against Roger Federer, of Switzerland, during the men's final at the BNP Paribas Open tennis tournament Sunday, March 17, 2019, in Indian Wells, Calif. (Photo: AP)

Thiem trailed 4-3 and 5-4 in the third set before breaking Federer with a forehand winner to go up 6-5. Thiem served out the two-hour match Sunday that ended with another error from Federer, a forehand dumped into the net.

Federer lost in the final for the second straight year. He was beaten in a third-set tiebreaker by Juan Martin del Potro last year.

Thiem had lost in his previous two ATP Masters 1000 finals. But the 25-year-old Austrian's solid serve held up against Federer as it had throughout the tournament.